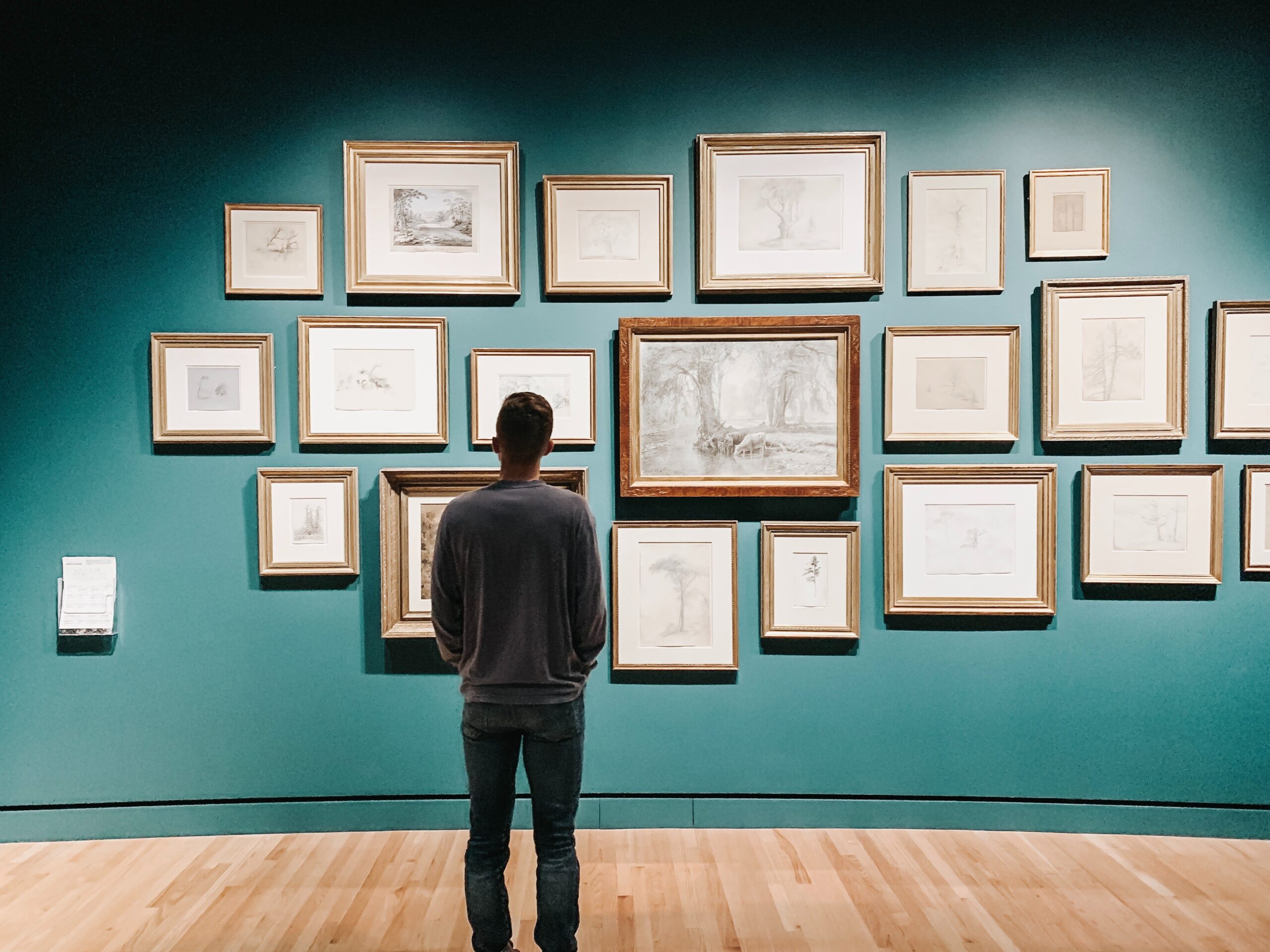 Adam Brocklehurst believes art can still offer us inspiration in our lockdown state.

Art is good for us. The American Association for Advancement of Science found that those who engaged with art had healthier, better functioning brains.

Unfortunately, in Britain at least, lockdown restrictions mean most galleries and cultural institutions are closed and are likely to remain so for the foreseeable future. Covid-19 isn’t going anywhere just yet, so now more than ever we need to start thinking outside the box for ways to maintain our connection with activities that do us good.

Fortunately, one needn’t enter a gallery to access art. We can easily find it online, in books and even hanging on our walls at home. And as many of us in the UK and Europe have much more time on our hands due to various levels of lockdown, we can fully immerse ourselves in it.

Art can transport us out of our current anxieties, into another time and place and it has the potential to ask challenging questions that are just as relevant today as when the paintings were originally created.

One such example is the Pre-Raphaelite brotherhood, founded in England in 1848 by Dante Gabriel Rossetti, John Everett Millais and William Holman Hunt (amongst others). Focusing on nature, with both a naturalistic style and a strong social conscience, there was often a clear spiritual or political subtext to their paintings, uniting to create a uniquely holistic approach.

They argued that Western art had been deteriorating since Raphael, the great Italian master of the late 15th and early 16th century, who had reintroduced a Platonist perspective into Western painting and sculpture. This resulted in a resurgence in interest of the art, culture and aesthetics of classical antiquity, but which, so the brotherhood believed, corrupted the fine Christian, socially aware, artistic tradition of the European medieval period.

it was a flash of magnesium brilliance in the dark suffocating conformity of 19th century Britain, and it was to alter the nature of art in Britain in a way which still reverberates today, creating the first truly English school of painting in the process.

Thanks to the work of such pioneers as John Ruskin and William Morris, art in Britain in the 19th century was considered a force for great social change. Alongside such socially enlightened projects as opening lending libraries, swimming pools and parks, British cities and towns, made wealthy by Empire and industry, rushed to invest in works by the Pre-Raphaelites.

Prior to this, alcohol and the church were considered the chief means the poor used to escape the deprivations of their lives. The idea that they might like to escape into their imaginations through the medium of art was revolutionary and a phenomenally successful social experiment.

Many of those who came to view the new forms were outraged; they understood what ‘proper’ paintings looked like and this certainly wasn’t it. In one work Christ was depicted as a real Middle Eastern carpenter in his workshop, sunburned and muscular … such realism was ridiculed by many as blasphemous and ugly.

Yet these were the first true modern works of British art, as shocking to the Victorian eye as the works of Tracy Emin and Damian Hirst initially were to ours.

The Hireling Shepherd, William Holman Hunt’s much-lauded masterpiece of 1851 now located in Manchester Art Gallery, hit the art scene like a bolt out of the blue. The painting depicts a real shepherd and shepherdess, dressed in their smocks and overalls, resting in a meadow. It was a radical departure from the bucolic fantasies which had gone before.

Up to then, it had been considered acceptable in art for a wood nymph to frolic with a goat herd in an arcadian landscape. Indeed such old masters as Claude Lorraine had specialised in such far-fetched scenes. But the depiction of real poverty suddenly made the subject matter subversive as a challenge to the social order. The Athenaeum Journal of May 1852 referred to the painting as depicting “rustics of the coarsest breed… flushed and rubicund” and compared it unfavourably to the tubercular pallor of the Victorian ideal of beauty.

Holman Hunt often leaned towards the theological in his work. Other paintings by the artist include The Light of the World, arguably one of the most famous depictions of Christ. And he encouraged those viewing his work to take the time to meditate on them for meaning.

His intention, he stated, was that the Hireling Shepherd should be read as an allegory of an indolent and self-interested church, idly flirting as the sun shines, and not seeing the harm that threatens its flock as it is distracted by its own success.

The appearance of a starling enhances the discordance. Birds were not uncommon in paintings: owls, peacocks, and doves are all highly symbolic and redolent with hidden meaning. What would have jarred was the very common nature of the drab, cocky little starling with its forthright stance and inquisitive stare, a bird so commonplace that it formed great black flocks darkening the urban and country skies alike.

What was Holman Hunt saying to us by its inclusion? Perhaps he was reminding us that while we may only be one of the great multitudes, we count. His eye is on the starling and his eye is on you. And it is therefore a warning to a church that has lost its way, or perhaps society at large, that every single soul is as important as the next, no matter how lowly and unpromising, and should this be forgotten the price would be great.

The message is made crystal clear by the presence of Acherontia atropos, the Death’s Head Hawk Moth, held in the shepherd’s calloused hand. In British folklore the moth is ripe with negative connotations; it is a harbinger of doom, foretelling disaster, war, famine and death, and Holman Hunt has placed it at the very centre of his composition.

As an allegorical subject the painting is highly successful, yet it’s the symbiotic relationship between the subjects, the subject-matter and the landscape that in my opinion make this Holman Hunt’s great masterpiece.

Anyone who has lived in the countryside will know that what we are observing in the painting is the hyper-realistic effect of sunlight upon a late summer meadow, when the green fizzes and shimmers into blue in the sun.

One can feel the heat, hear the buzz of insects and the call of the birds in the trees.

It has been said the Pre-Raphaelites were the first to capture the peculiar effect of sun on grass on canvas. Whether this is true or not is beside the point, for no artist ever caught it better than them.

It’s likely that the 19th century urban viewers would have recognised what they were seeing as the real thing, and such perfect realism might have triggered in them memories of a country village left decades earlier for work in city mills or even just of an excursion to the woods beyond the suburbs. Art was offering a liberation from urban grime through nature.

Unknowingly, long before the scientific breakthroughs of the 20th century, the Pre-Raphaelites were promoting the mental wellbeing of those who came to view their works. Such foresight strikes me as a remarkable gift and there is no reason why this gift shouldn’t be extended to us, in our straightened times.