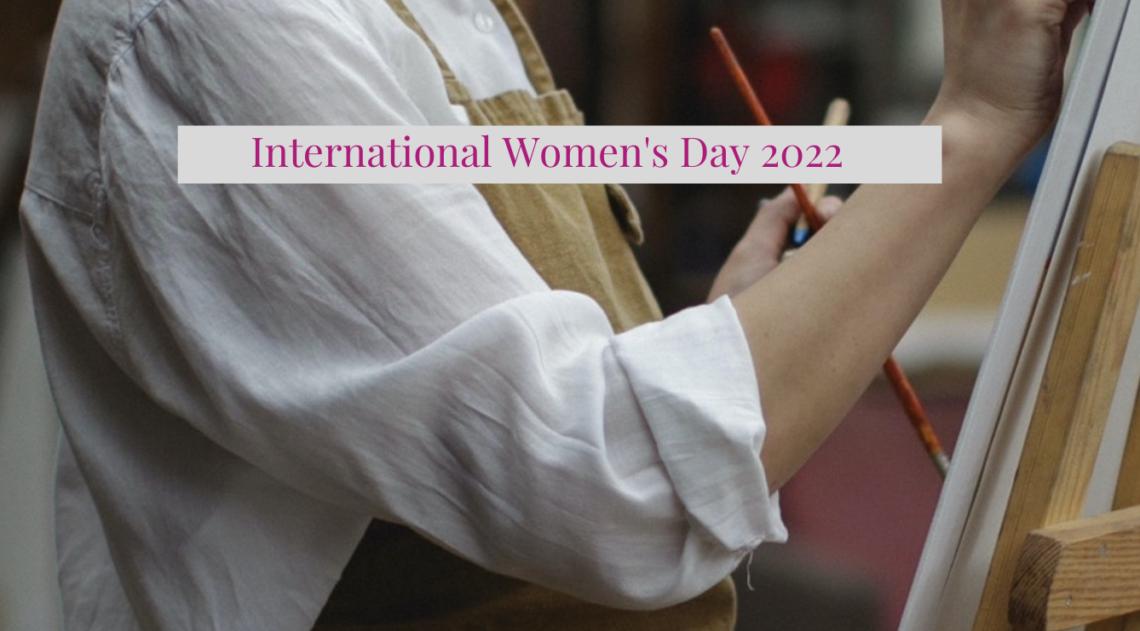 As we celebrate International Women’s Day, Lisa Fraser is inspired by Laura Knight, a woman who overcame the prejudices of her time to become one of Britain’s greatest modern artists.

While I was visiting the Laura Knight exhibition at the MK Gallery, a venue in Milton Keynes, equidistant between London and Birmingham, I paused for a moment, thinking: “How good she must have been to make her own name as a painter at that time. How many conventions did she have to break to become an iconic painter in the eyes of her peers?”

I’m gender-neutral when it comes to finding inspiration: I admire men and women equally, without consciously considering their identity. But Dame Laura Knight deserves a special focus – so much that I travelled with a group of friends from London up to Milton Keynes to see the rare retrospective on its last day. The four big rooms were full of visitors until the final hour.

Born in 1877, Laura Knight, née Johnson, became the first female artist to be given a Damehood for her paintings, and the first woman elected to full membership of the Royal Academy since its foundation in 1768. Unlike many artists we praise nowadays, such as Van Gogh, who died largely unrecognised and  in poverty, Dame Laura Knight was acclaimed in her own day.

Before seeing the exhibition, I had assumed she must have benefited from the support of a powerful man to help her to overcome the constraints on women of her time. It is true that she enjoyed a 58-year marriage with Harold Knight, who was also a member of the Royal Academy. He certainly supported her as an artist, at a time when women were not afforded the equality that is recognised today.

Yet, Laura was her own person, driven and strong-willed. She grew up surrounded by resilient women: she never knew her father, and she was raised by a single mother, with her sisters, grandmother, and great-grandmother. She understood the importance of hard work and female solidarity.

Her talent manifested itself at an early age, allowing her to enrol at Nottingham School of Art for free, aged just 13. Thanks to her own drive, she also won the gold medal in the national student competition held by the South Kensington Museum when she was still a teenager.

I was particularly impressed to learn that when she started painting, women in England were not allowed to use real-life models.

So she started her career painting casts (for the uninitiated, things like this)… which is hard to believe when you see how powerfully she conveyed details like skin textures in her early paintings.

Dame Laura was a life-long learner, and she developed new techniques throughout her life, from charcoal to watercolours and oils, etching, engraving and dry-point. At one point during the MK Gallery exhibition, I was startled: I entered a new room, and the colours, stroke brushes and themes of the paintings on display were so radically different from the previous room that I was sure I had entered another exhibition by mistake!

She was never afraid of exploring new topics , and nor was she one for limiting herself to what was deemed as appropriate for women at that time. She broke more than one rule: for instance, she painted landscapes at a time when women were not allowed to paint outdoors. She didn’t care about reputation either, as she proved when she accompanied the Great Carmo’s Circus on a tour.

Yet, she had her own boundaries, and her own ways of pushing away conventions. She didn’t campaign explicitly for women’s rights: instead, she quietly made her own life choices, without letting society define her by her gender.

And for all the new techniques she explored, but she remained a realist, who never ventured into avant-gardism or modernism.

She was also cautious in not pushing limits too far: for instance, she almost disowned a hallucinatory-like painting she had been commissioned to paint, describing it as ‘too queer’ (meaning ‘peculiar’).

Instead, I see a subtle sense of humour in her art, between audacity and cheekiness. Early in her career, when the public morality rules of the time only allowed women to paint other women, her rendition of women bathing was so sensual and arousing that, without explicitly breaking the rules, her artwork caused a stir anyway!

Knight’s artworks paid a beautiful tribute to women, regardless of their life circumstances, background, or vocation. She also celebrated unconventional women, from ballet dancers to factory workers. Women who were caring, independent, resolute, clever, or strong: the artist explored all these aspects of their lives.

Comparing Knight’s work across her career is a source of hope, as it shows just how much progress Western societies made in only a few decades. Her work reveals how women have gradually been fully integrated into public life. Also, some things that might have been regarded as eccentricities at the beginning of her life became normal later in the century, such as women working in the arts, women working at all (!), or following their personal vocation.

One of her most valuable contributions is her testimony of the wars that ravaged the continent in the 20th century.

The most heart-breaking painting for me is the depiction of a group of her friends enjoying a trip to the seaside in August 1914 … blissfully ignorant that the first World War was about to break out.

Knight was the only woman commissioned by the War Artists Advisory Committee to produce war paintings during both World Wars. She went on to witness the production of anti-aircraft guns in a factory during World War Two. Then, aged 69, she was appointed as an official painter of the Nuremberg trials. Dame Laura was able to paint the most iconic landscapes of England, but she never shied away from the darkest hours of history.

By sharing her daily life, Dame Knight left an essential testimony of a time that has passed and will not come back. In one painting, a wealthy man wearing a bowler hat and a three-piece suit is posing in his home just before the Wall Street Crash of 1929 … unaware that his world is about to change forever.

This painting reminded me how little we are compared to history and time and the throw of the dice of destiny in world events.

In this respect, her painting of Chelsea Embankment in 1935 is remarkable. It is comforting to see that some elements of life are unchanged: people playing with their dogs, and trees blossoming in spring. Yet, this painting also captures a short period of time where both worlds, old and new, oddly coexisted.

There is something bitter-sweet about seeing a double-decker bus overtaking a horse-drawn coach. Laura Knight was one of the privileged witnesses of this pivotal moment in history.

She was also a precursor to some social fights to come, as she spent time with marginalised groups. In the UK, she was exceptionally allowed to spend time in the Roma community: there, she painted the hardships of their lifestyle, in sharp contrast with the wealth and excesses of the elite who flocked to horse races happening just a stone’s throw away from the campsite, at Epsom.

In the US, she depicted the dire situation of the African American community living in a segregated hospital in Baltimore during the late 1910s and 1920s.

Some critics have said that Knight didn’t do enough to denounce the conditions she observed. It is true that she only attended one anti-segregation protest, and she was not a human rights campaigner, as we would say nowadays.

Yet, the expression the faces of her sitters convey is powerful enough to have an impact on the viewer. Yes, she was a quiet observer, but this peaceful witness has a strong impact on us.

Her works revealed how much she cared about the human condition and about people.

Weeks after having seen the retrospective, I am still haunted by the painting of one of her friends, evidently suicidal, staring at the void, as she’s standing at the beach in a warm summer day. Simple brush strokes can be immensely powerful.

Later in her life, Knight spent more time contemplating nature and painting landscapes. Her beautiful depictions of Yorkshire and Cornwall invite us to daydream and bring on a thirst for travel. These paintings made me feel close to her: I could imagine myself walking alongside her in the English countryside, a kind of grandmother figure, or even a friend.

Dame Laura Knight is both a distant and close figure to us. By choosing to live her dream to be a painter regardless of the conventions of her time, she pushed back boundaries, but she did it gently. But with no less audacity, she explored and expressed her true identity, living both as a loving and independent woman.

The witness of her life, and her genuine care for other people, especially women, should be a source of inspiration for many generations to come.

Due to copyright issues, we are unable to show Dame Laura Knight’s work on Adamah Media. Click here to see more from the great artist.