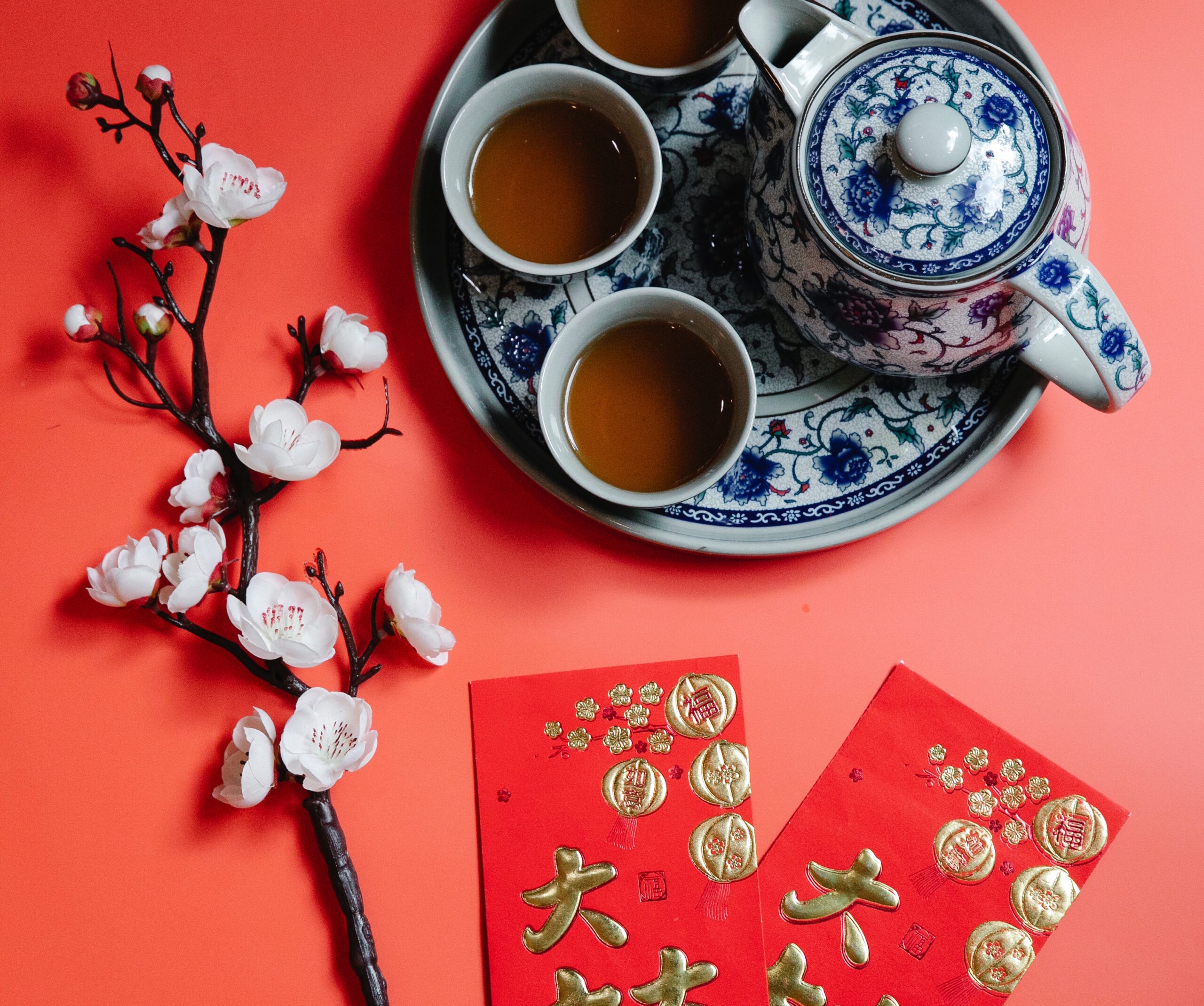 The pleasure the West has taken in the art and culture of the East has its roots in the early trade and missionary endeavours of Europeans in the 1600s. These intrepid, and sometimes necessarily ruthless, men returned from their journeys in ships bursting with previously unknown treasures, spices, fabrics, and perhaps a real sense for the first time that ‘out there’ were civilisations as sophisticated and developed as their own. Equally important were the half-remembered, half-imagined, recollections of the landscapes and people they encountered.

The most appealing material commodity to return with them, in my opinion, was porcelain, glazed blue and white bowls, jars and vases, exquisitely painted, with maidens, pagodas, and fantastic beasts. Not only was it beautiful, but for all its apparent fragility it was durable, heat resistant and hygienic.

Porcelain had long been known thanks to merchants on the silk and spice routes, but its mass introduction into western society only became possible via direct trade with areas of high ceramic production such as Jingdezhen in China, from where nearly 70 million pieces were imported into Europe by the Dutch and English East India Company during the 17th century alone.

Whilst initially presented as a luxury product, porcelain soon became popular with a wider public, and no English home was complete without its China teapot or plate.

This initiated one of the longest and most influential crazes in European history – the taste for Asian art, not only influencing our taste but profoundly impacting our culture.

The British Royal Collection is the repository of one of the finest collections of Asian art in the world, both original (in the form of priceless jades, bronzes and porcelain), and locally produced but Asian-influenced products, including furniture, wallpapers and architecture produced by the likes of William Chambers, Thomas Chippendale and their imitators.  It’s a style we call Chinoiserie, a word of 19th century French origin, first appearing in a work by the author Honoré de Balzac.

The leader of this aesthetic in Britain was George, Prince of Wales, the future King George IV. For years, the profligate Prince Regent had been buying Asian art in bulk to fill his fantasy home, his maritime palace, the Brighton Pavilion – a  fantastic confection of domes and minarets, the exterior of which is of Indian Mughal inspiration.

The interior too is sumptuous, an Englishman’s opium-induced dream of what a Chinese palace might look like.

One of Prince George’s most celebrated purchases was the Kylin Clock, an old French case decorated with Chinese dragons, bought in the aftermath of the French Revolution when the treasures from the great royal and aristocratic collections of France were being sold off cheap. (It was perhaps the highest-class closing down sale in history!) The clock cost a relatively modest £31.10, a bargain purchase that was spoiled somewhat by the further £250 (approximately £25,000 in today’s money) that the prince splashed out on to bring it up to spec.

The clock is a masterpiece of bronze foliage, modelled porcelain, and marble, part French Rococo, with later English modifications, containing a fine English movement by Vulliamy. It also contains genuine Asian elements: Chinese and Japanese ceramic votive and devotional objects are used to enhance it. As part of a ‘garniture de cheminée’ it was to be the centrepiece of the Brighton Pavilion’s saloon, a grand elliptical room, decorated in gold, imperial scarlet and sky blue, used for formal entertaining by the royal family.

The name kylin or properly qilin (In Chinese 麒麟), refers to the two turquoise blue mythical animals to the left and right of the clock face, produced in Jingdezhen, some time in the first half of the 18th century. In Chinese culture qilin are gentle, vegetarian spirit animals, with antlers and long bovine legs, which appear at the birth or death of a wise sage or great leader. But the name is a misnomer. In fact the sculptures depict fierce guardian lions, called shishi  – 石獅、- placed outside palaces and homes to protect the inhabitants from harmful spirits.

As Aileen Kwun says in her excellent article It’s Time to Rethink Chinoiserie, ‘a decorative object is never just an object. It’s a stand-in for what is valued.’

But is it appropriate to continue cutting and editing objects of great cultural value, to suit Western tastes, renaming them, removing them from their correct context and confusing their original use, simply to please the Western eye, demonstrating a continued lack of sensitivity towards people outside our cultural sphere?

According to Kwun, Chinese and Asian observers of Chinoiserie are often profoundly discomforted, much in the same way those of the African diaspora are by early depictions and caricaturing of black people, by what they see as a distortion and appropriation, even a fabrication of their culture. The root cause of this is explored in depth by Edward Said in his Orientalism, a book that investigates the motivations and relationships between the West and the East during the time of Imperialism.

There is something profoundly ingrained in the Western psyche that allows us to view other peoples and their cultures as a kind of smorgasbord from which we can remove delicious titbits, to reshape and consume as we see fit.

We do it every day, even now, extracting exercises and meditative practices from their Eastern ritual contexts to improve our physical fitness, our wellbeing. Or we openly discuss belief structures that are perceived to clash with our own with little respect for or sensitivity towards their culture of origin, as if it didn’t matter, because at the end of the day we know that our pathway is the superior one.

Most of us are no longer ignorant of just how small the world has become thanks to social media, but we perhaps forget that we are being just as carefully observed now as we once observed others. Causing offence can have a profound impact on how we are viewed internationally, it can potentially have long term consequences.

A little sensitivity in a world which is increasingly strident and vocal goes a long way. And acknowledging our failings, recognising where bad habits have become entrenched, and working towards change, will surely go some way to atoning for the sins of the past … even the artistic ones.