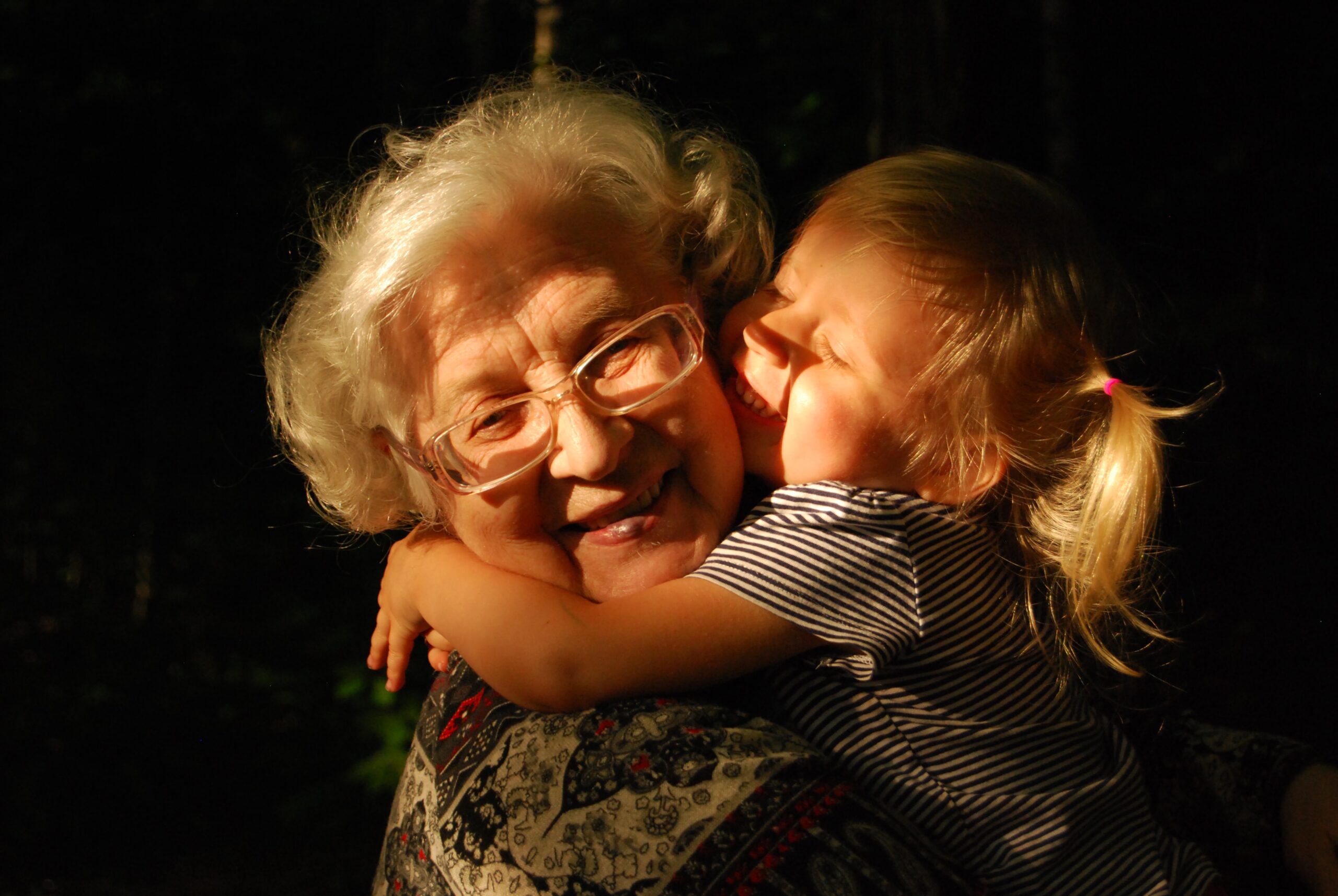 Marian Green misses physical contact with her grandchildren but is finding new (and old) ways to keep in touch.

A friend of mine became a grandmother for the first time this week. My heart went out to her as she wept while telling me how she wasn’t allowed into the hospital. Only her daughter’s partner was.  Baby had to go into intensive care. My friend was anxious and upset.

It’s always a bit special the first time. I became a grandma in 1994. I accompanied my daughter throughout her labour. Her husband took her in for the birth and as soon as my grandson was born, we went in to see him. I was holding him close to me within an hour of his birth. I have tried to be there equally soon after the birth of all 25 of my grandchildren.

It’s the best news in the world to hear that a new baby is expected, and when a daughter or daughter-in-law goes into labour, I, for one, can’t focus on anything else. I probably do more pacing than the father-to-be! I long to hold and hug the new grandchild.

It’s that closeness I miss during this interminable time of the pandemic. There are some grandchildren I haven’t seen for over a year now.

One daughter was due to bring her husband and eight children to visit us during the summer. As you can imagine, with that number, there had to be an efficient plan. Unfortunately, the day before the due date, the UK’s ‘Rule Of Six’ was imposed on us. Having them to stay meant we’d have 14 of us in the house. As we see them so rarely, we did consider breaking the rules, but then fear of being caught got the better of us, even though, morally, we felt we would have been justified since none of us were mixing with others.

It was to be their only holiday, a few days, three maybe, at the seaside with Grams (the nickname my eldest grandson gave me and now all of them use, right down to the youngest) and grandad.  I looked forward to swimming in the sea with the older ones while their ever-patient grandad taught the younger ones to swim. It’s a family tradition of ours which has happened every year, and at least one under-six would end their seaside holiday with this new skill. The evenings would be spent with stories and hot chocolate – whatever the weather … But it was not to be.

Another daughter lives only three miles away, therefore we get to see her family a lot more often.  Like the above-mentioned daughter, she also homeschools and sometimes when we pop round, we get lured into their school day.

My favourite time to catch them is the hour they call poetry teatime, even if it does usually happen at lunchtime!

A teapot, cups and saucers, cakes baked by the children and poetry books decorate the large table.  We take turns to read a poem. They’ve been doing poetry teatime since before Maria, now three, was born.

I would swallow back tears as I watched her ‘read’ her poem proudly to her brothers and sisters, who would all give her a hearty round of applause when she’d finished.  After poetry teatime I found it moving how my lovely husband, their grandad, would sit with his guitar and encourage the ones who are musical. What a picture. It’s hard to know who enjoys it more, him or them.

At the beginning of the first UK lockdown my husband had a cancer operation, so we didn’t think it wise or safe to continue to see them. My heart felt as if it was cracked down the middle.

When hubby was recuperating, we went to see them a few times. The house, set several feet above road level, had iron railings in front of it. The six children, with mum, would stand behind them like inmates in a prison. We’d be on the pavement beneath, about eight feet away.

From there we’d chat, sing songs together and catch up with their news. I ached to pick the little ones up, to hug the older ones tight. But those railings did their dreadful job.

We resorted to zoom meetings which, as good as they are, are not the same. You can’t be personal. We’ve had some good ones, family quizzes like the one at Christmas which one of my daughters organised. Everybody joined in and a great time was had by all.  But what’s missing is the intimacy. Seeing all the grandchildren on the screen is lovely, but it can seem superficial and distant.

For my birthday I organised a zoom party. Just the idea of a party on zoom sent some of the older ones into fits of hysterics. I did see their point. Maybe it could even be described as an oxymoron. The session itself turned out better than I’d expected.

To try and have some order with so many, I asked them to prepare something, a poem to read, a piece of art to show, a song to sing.

On the day the others thought Livi hilarious as she showed us all her beautiful traybake. I drooled as I’m sure they all did when I saw the chocolate and smarties covering the top.

While Livi ate ‘my’ cake, my eldest grandson started off the proceedings. His daughter Rose, aged four, ran to get a book and asked her dad to read her favourite story. I watched her eagerly ‘help’ her dad in the telling of the story, her little smile warming my heart. This is the next generation, I thought.

Although we had a special time at the zoom party, I still had difficulty with the lack of real intimate contact.

For that reason, my New Year’s Resolution for 2021 is to write to each of my 25 grandchildren. I mean a handwritten letter, sent in the post, to each one personally.

I don’t know why I didn’t think of it years ago. Letter writing has gone out of fashion, I suppose.

I still have letters that I wrote to my grandmother from when I was a child. Unfortunately, I wish I had kept her replies. She always replied. She knew me better than anyone. Some of her words, the ones I remember still, influence my life today.

I already keep in contact with the oldies via text, Facetime and sometimes email, so my focus was to start with the younger ones, all those under 15, many of whom don’t have their own phone. When there were four in a family, or in one case, six, I’d send the letters together, addressing them to the eldest in the group. I put Holy Christmas stamps on each envelope and, as I dropped them in the post box, I sent up a silent prayer that, maybe, one of them might answer me.

That was two months ago, and I have to say I’m delighted to report that my expectations were exceeded. I’ve had quite a few letters back. They give me a lot to think about.

In the letters, as I respond to each one, I’ll get the chance to help them with life’s questions. I expect to get more, but if I don’t I will try again and, if nothing else, maybe they’ll at least look forward to their personal letter from Grandma.

Rediscovering the art of letter writing is one of the unlikely fruits of this pandemic. It’s one that can never replace the intimacy of a hug, but until governments and scientists allow us the real thing once more, it’s a hug in words, and one that will last for generations to come.

Marian Green is a mother, grandmother and great-grandmother whose greatest love is her large family — nine children, twenty-five grandchildren and four great grandchildren. Her Christian Faith is as important to her and informs everything she does. Caring for loved ones meant she came late to a writer’s life. Over the last five years she has developed a passion for writing truth whether it’s through self-help advice, real life story, fiction or poetry. She has published many of these pieces on her blog: mariangreen.medium.com, gramswisewords.blogspot.com and comments in women’s magazines. She belongs to a writer’s group, which she’s been with for eight years.