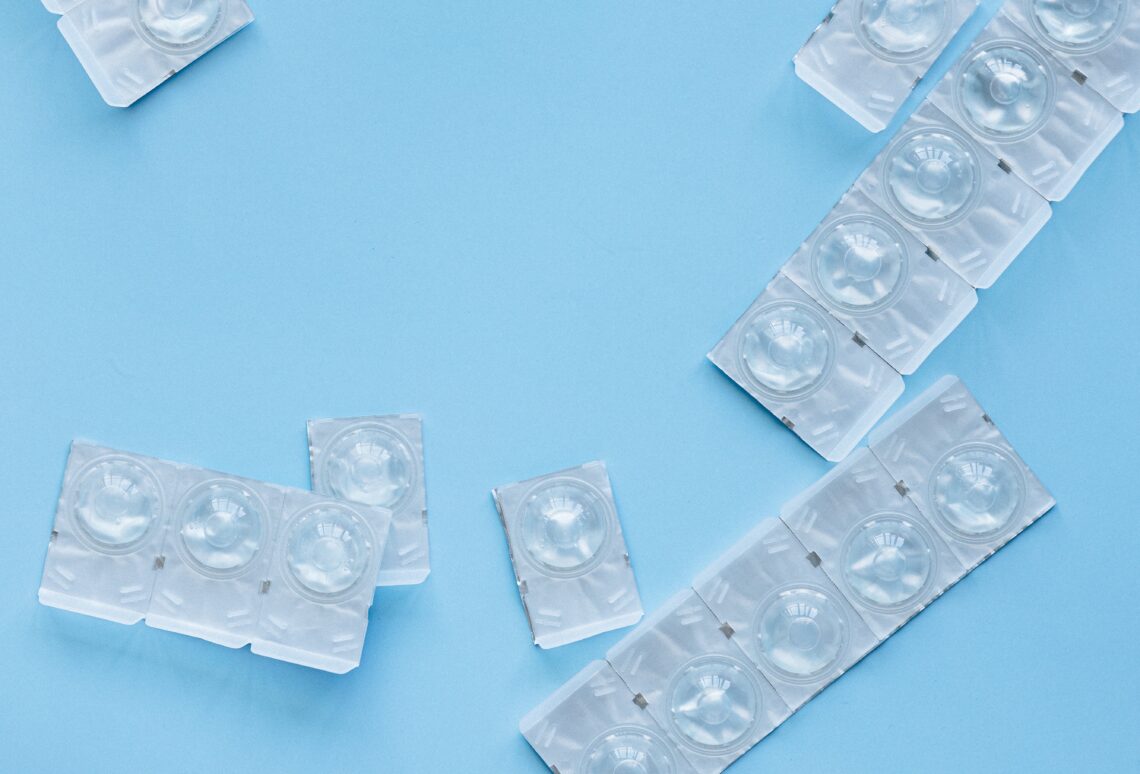 Louise Kirk argues that promotion of the contraceptive pill in much of contemporary sex education is based on outdated science.

Let’s talk sex. Because they are doing so in British education – a lot – to the concern of many traditionally-minded parents, particularly Christians and Muslims. I have in mind the sex education imparted in English schools, or, to give it its full new name RSHE (Relationships, Sex and Health Education). But are these parents diehard traditionalists or are their concerns justified?

Extreme examples of this sex education occasionally hit the headlines, as when radical transgender ideas are taught at primary school. Such disputes tend to focus on the right of parental withdrawal from these classes.

But rather than condemning RSHE out of hand (because it certainly has some positives), let me simply focus on one particular aspect of the issue: its teaching that using the contraceptive pill is a positive choice for girls.

Encouraging young people to be reliant on any pills is not a good idea – think how alarmed we would be if school kids were showered with anti-depressants or growth hormone tablets. But it’s even less of a good idea when the pills in question affect something as intimate as one’s sexuality. And for women, the Pill does – very much – in a way many men may not understand.

The Pill has changed the way we think about ourselves: about our bodies, about human dignity, about the distinct and complementary roles of man and woman, about careers, and family and so much more.

Without oral contraception and the spirit it ushered in, other damaging aspects of the sexual revolution (including high rates of abortion, family breakdown, pornography and so on) would begin to retreat. Some claim that less contraception leads to more abortion, but various experts in the field have shown this is a fallacy, as Janet Smith explains here (see the section “Abortion” and following).

The Pill is key to all this because it detaches sex from baby making and so – supposedly – from consequences. This upsets nature’s checks and balances and undermines the protections which, in one guise or another, have always surrounded sexual activity in any culture.

Of course, no chemical solution actually removes consequences, and so they continue to appear, not only in the pregnancies that were not meant to happen but also in scary rates of sexual diseases and, increasingly, in difficulties conceiving later in life. Society, as a result, is suffering.

Contraception as an outmoded idea

Science has moved on since the 1960s when the Pill was first introduced. We now have quantities of accumulated experience over its true failure rates, which are very different from the ‘best rates’ which are regularly quoted to children at school.

My own son’s old ethics textbook stunningly said: “Artificial forms of contraception if used properly are nearly 100 per cent reliable.” It is actually very difficult to get accurate figures for youngsters, whose habits and relationships are notoriously irregular. (What young person would go in for such a trial?) Suffice to say that abortion clinics have admitted that half their clients were on contraception when they conceived – and these include mature women and not just young girls.

At the same time, we have accumulated evidence of worrying side-effects. In 2014, I had the privilege of speaking alongside the American breast surgeon Dr Angela Lanfranchi on a tour of Australia. The research she has collected with fellow doctors linking breast cancer both to the Pill and to abortion cannot be ignored. I won’t forget her explaining that it was because she had to use her surgeon’s knife on so many young women who should never have had breast cancer that she started campaigning.

Another common side-effect of the Pill is depression. Women are beginning to be disenchanted, with increasing numbers turning away from the Pill. However, young girls are still being put on it without being told of these dangers. Still less is it explained to them that sex hormones play a vital part in our moods and in building the structure of the adolescent brain.

Dr Susan Hill explains this in her book How the Pill changes everything, and warns that in her opinion girls should not be put on the Pill before the age of 19-20. This comes from a doctor who, despite her research, remains supportive of hormonal contraception.

It is irresponsible for adults in positions of authority to ignore these problems and continue to promote the Pill at school.

It is also unfair not to explain to pupils in clear biological language that nature has its own way to avoid pregnancy – and why, if they want the best sex and the best relationship of all, they would do well to leave sex till marriage.

These are big and counter-cultural messages, but the scientific and sociological data is all there, and the different elements build on each other to make up a comprehensive picture.

Some data is new, but much of it has been around for decades. It includes knowledge of the delicacy of the female fertility cycle, the chemistry that goes into sexual bonding, and the male and female hormonal systems which affect so much more than the reproductive organs. Critical, too, is the scale of rebuilding which goes on in the adolescent brain right up until a young person’s mid-20s. This has a critical effect on the ability to make good – and bad – long-term decisions.

Fertility appreciation taught at home and at school

Teenagers have a right to understand themselves, their bodies and their mood swings and to be sensitive to what is going on among the people around them. This is especially important for girls, since they observe symptoms and can use these as health markers to manage menstrual difficulties. It also gives credence to the principles behind FABMs (Fertility Awareness Based Methods of spacing children, also known as NFP – natural family planning), laying the foundations for their future use.

Modern FABMs are effective, promote chastity and can be shown to feed into long-lasting marriages, with very low divorce rates. Obviously, one would be careful not to give children the idea that they can use their knowledge to have ‘safe sex’ immediately – an analogy with knowing the principles of flight and being able to fly a plane might come in useful!

Some might howl that it should be parents, not schools, who should teach youngsters about sexuality. But maybe it doesn’t have to be an either/or but a both/and. The mothers and fathers’ role is, of course, vital. Starting young is the way for parents and children to develop a continuing habit of talking to each other which becomes invaluable later on. I have written a book, Sexuality Explained: a Guide for Parents and Children, to help with the task.

However, once children reach secondary school, they have the right, in law, to learn about sex and contraception and by that age they are already looking to their peers and teachers to support whatever they have learnt at home. Giving sensitive but straightforward and accurate information would itself transform the subject.

A values-inspired approach to RSHE

In weakening the bond between man, woman and child, the Pill impacts the nucleus of the natural family. Unsurprisingly, it is in family life that its sociological effects are most extensive. The Pill promised carefree sex in happy marriages. In practice, after its introduction in 1960, it was followed by a dramatic increase in divorce (mid-1970s) and cohabitation (from the 1980s) when couples failed to marry at all. If it’s sex without babies, why does it have to be in marriage?

We now have extensive research to show that children prosper best when living with their own fathers as well as their own mothers, and that it is in married families that they are most likely to thrive. Their married parents do so as well: in career, health, friendships and general happiness (see, for instance, widespread research on the Marriage Foundation or the Marriage and Religion Research Institute websites). So it is devastating that it is the poorest parents who are failing to marry, continuing a cycle of deprivation.

Promoting fertility awareness alongside the truth about contraception would be one way to encourage young people to value their sexuality in a new way and give greater thought to marriage, but it is not enough, on its own, to help reverse the trends which the Pill helped to create.

RSHE is a broad subject and there are lots of other topics in the guidance which can be used for this. I know this first-hand from my work as the UK Coordinator for the Alive to the World programme of values education. The programme meets the Relationships and Health Education guidance for Primary Schools very well.

It teaches everything from teamwork, why rules and authority are necessary, politeness, generosity, positive and negative peer pressure, the makings of friendships, the importance of family and of marriage, understanding different tastes, looking after possessions, and much else.

Importantly, it promotes the idea in children from a very young age that they can control and improve all aspects of their behaviour. It also helps them understand that there is pleasure to be had from helping others and from putting effort into their activities.

As RHSE so actively promotes contraception, an approach which highlights its down sides raises many issues which take delicate handling and redirecting. This applies both to the teaching of fertility and contraception itself, and to the question of marriage and family values more generally.

The concerns I am raising should spark interest in any parent or teacher regardless of his or her religious background.

However, in practice it often takes the courage of religious faith to see these issues through. Faith schools are by law allowed to teach according to their ethical principles, but there will be many pressures to act in a contrary way. The RSE Authentic and ParentPower websites are valuable sources of information.

As a Catholic myself, I finish with a plea to any Catholics reading this. For years now we have been given sound teaching from our Church on how to respect our sexuality as a God-given gift. We now have ample scientific evidence to back this up, often, though not exclusively, provided by fellow Catholics.

At a time when marriage and family breakdown are of increasing public concern, let us take action by learning about the subject and supporting those who are prepared to give society a lead. There are many ways of doing this, but one stands out, and that is by reforming RSHE from within. By using good materials, one can make of it a useful tool to help all children towards a better future. The truth is there for anyone to find: all we need now is the courage to proclaim it.

Louise Kirk is UK Co-ordinator for Alive to the World and author of Sexuality Explained: a Guide for Parents and Children. She sits on the Lords and Commons Family and Child Protection Group.