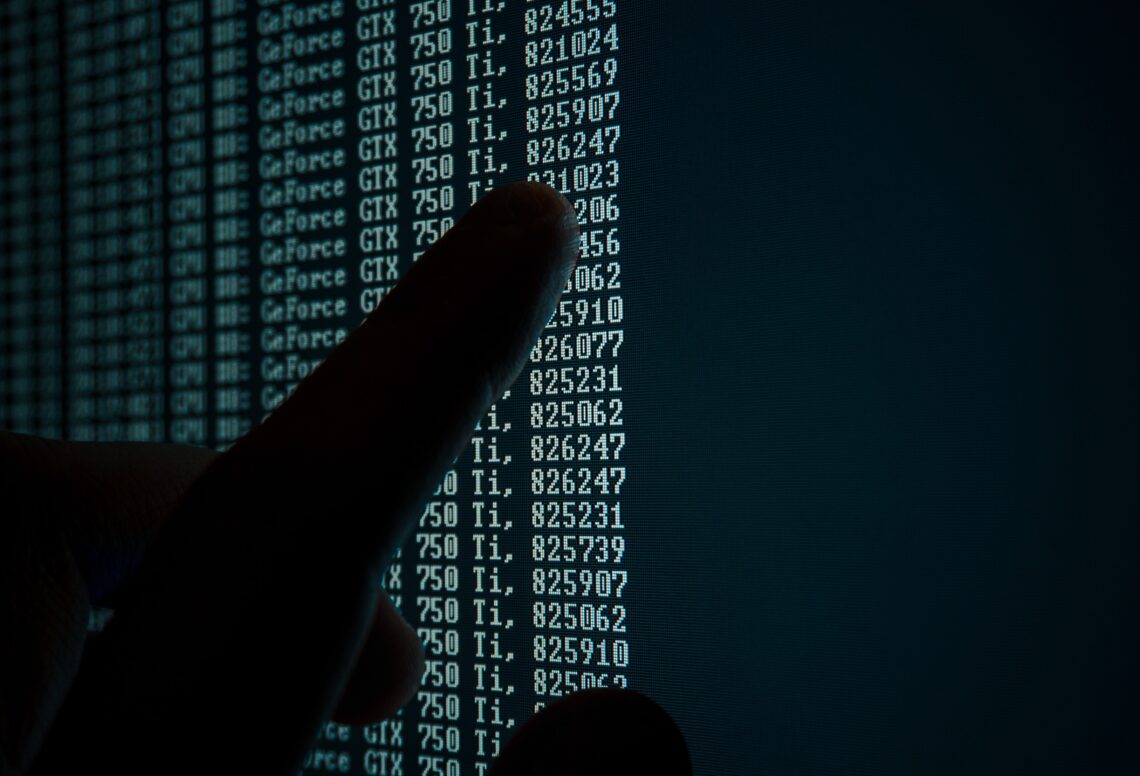 Can the Big Brother of technology really control our lives? asks Sam Savelli.

But do we ever change?

I recently read Shoshana Zuboff’s The Age of Surveillance Capitalism, which is an eye-opening rallying cry for us to pay attention to how our lives are controlled by the likes of Google, Facebook and Amazon. According to Zuboff, these internet giants feed us algorithms in a bid to create a population of consumers kept passive by a thin façade of autonomy and self-determination.

It sounds a little too cynical, even for those of us with a passive acceptance that it might be close to the truth. But Zuboff’s book, as it is designed to do, was enough to turn my latent suspicions into outright horror. The ability to control and manipulate individuals, societies and general elections is not a quirky by-product of otherwise benign technologies, she argues – it’s baked into their very design and completely inseparable from the core modus operandi of these companies which she calls ‘surveillance capitalists’.

Manipulation on this scale is profitable to these companies more than anything we’ve seen before. This is what makes them capitalists – the purest kind, where profit drives decisions over and above anything else. You think Google cares? According to Zuboff, they ‘care’ only enough to ensure that you think that! How else could they maintain a user-base wide enough to accommodate, for example, Black Lives Matter protestors alongside white supremacists?

The ‘surveillance’ aspect, then, is the source of their power.

Data is the new gold, meaning that users are not so much ‘customers’ of a free service such as Google, but ‘raw materials’ from which to extract more and more data.

The purpose of this is to get ever better at predicting our behaviour, so that these ‘predictions’ about us can be packaged into products available to whoever is willing to pay: commercial businesses, credit agencies, insurers, governments, the super-rich… The ‘who’ and the ‘why’ matter infinitely less than the ‘how much?’.

The moral indifference and data-harvesting at the heart of these companies, says Zuboff, is necessarily and successfully kept out of focus behind an outward appearance that these are global pioneers and innovators who shepherd us towards a new world which is unregulated and inevitable. The Age of Surveillance Capitalism seeks to pierce through this veneer, and to that end I understand the alarmist tone which is sustained throughout it..

But I also think it goes too far.

There could have been a glimmer of hope amidst the horror, but Zuboff’s masterpiece ends up overlooking the reason why. I first identified that something was missing when Zuboff created a parallel between this new world order and 20th-century totalitarianism. Whilst conceding that surveillance capitalism is at least ‘not murderous’, she still claims it to be ‘as startling, incomprehensible and new to the human story as totalitarianism was to its witnesses and victims’.

Something about this didn’t quite ring true. The fact that surveillance capitalism is ‘not murderous’ feels far more damaging to this comparison than Zuboff seems willing to acknowledge. After all, why else is it that any horror I feel towards surveillance capitalism has been so thoroughly dwarfed by the far more startling and incomprehensible events taking place in Ukraine right now? I would suggest that it is precisely because those events are ‘murderous’.

Rebellion against totalitarian despots generally means imprisonment (as thousands of Russian and Ukrainian protestors could testify today) or even torture and execution. But rebellion against surveillance capitalists…? I can quit Facebook from the comfort of my own armchair and live to tell the tale.

This doesn’t mean we should be complacent towards the potential evils which surveillance capitalists might perpetrate, but it does mean that we can be less scared. Yet Zuboff’s work feels like it is designed only to strike fear, despite the fact that the author’s own ability to wake up to the manipulations around her (and share this with readers) is a great cause for hope in itself.

We all have the power to overcome the manipulations of surveillance capitalists, simply by being aware of them.

But instead of empowering readers with this message, the second half of the book dwells on the dystopian endpoint which could eclipse society if the surveillance capitalists win. Yet I found myself feeling unconvinced and thus unafraid of this particular dystopia, because it didn’t fit with the mindframe through which I see the world.

Surveillance capitalists succeed by developing increasingly accurate ways of predicting our behaviour – think of Amazon predicting what you might like to buy, or Facebook selecting the news stories you are most likely to engage with. Taking this idea to its logical extreme, Zuboff reaches into the past and draws our attention to earlier thinkers such as Max Planck and B.F. Skinner.

These men believed freedom itself to be an illusion and envisaged chilling ‘utopias’ whereby society is controlled by scientific means which render human behaviour as predictable as that of animals – just like the rats and monkeys which were coming to be used ever more in the science experiments of the day.

At the dawn of the 20th century, these men bolted together the legacy of enlightenment hubris and success in the natural sciences to make the assumption that, with the right equipment, everything and anything could be turned into a data point. Science was always getting better at predicting the future and it would continue to do so until everything was knowable. Human behaviour being no exception.

Fast-forward to the 21st century and we find ourselves in a world where private companies are gathering vast amounts of behavioural data on humans. It’s no wonder Zuboff is horrified that we appear closer than ever to a dystopia whereby everything can be predicted and the illusion of freedom is shattered once and for all.

But we can go further than mere horror. We can actively undermine the ideology that underpins these visions of humanity. Because, for all her outrage and disdain towards these thinkers, Zuboff never once goes so far as to contradict their core belief. Her ultimate fear, in fact, is that these thinkers are right: freedom is an illusion.

On this point, Zuboff misses an open goal. She doesn’t tell the full story of Max Planck. Planck’s belief about the power of science to eventually know everything did not make him different from his peers. In fact, what Planck is most remembered for is the accidental discovery which would rock the scientific community by undermining this very belief. Planck opened the door to quantum theory, which unleashed questions and unknowns that continue to puzzle physicists today.

This is the perfect reminder that we ought to resist the temptation to believe we can know everything. There are mysteries we will probably never be able to know, even though the possibility of ‘total knowledge’ is a fallacy which has enchanted some of the world’s best thinkers into alarming assumptions and simplifications.

Individual human behaviour is precisely a reality we can never entirely ‘know’.

We can make good predictions – sometimes astonishingly accurate ones – and there are even ways we can manipulate another’s will to increase the likelihood they will act in the way we desire. But, when it comes to it, nobody can say with complete confidence exactly what another person will do next – especially not through a silicon looking-glass of data points.

There is a simple illusion which can obscure this truth, and it benefits surveillance capitalists to keep it alive. Due to the scale of their operations, the triumphs of their algorithms are usually celebrated (or feared) using a percentage of correct predictions which appears to be creeping ever closer to 100. Yet this insurmountable power can suddenly lose its sting when we stop thinking statistically and zoom in to consider a single individual: oneself. How many internet ads can we recall which have been laughably off-the-mark, effortlessly scrolled past or consciously resisted?

This is not just because they’re not good enough ‘yet’. The truth they would rather keep out of focus is that no matter how much they keep harvesting our data in ever-more innovative ways, surveillance capitalists can never entirely evade the fact that individuals have the power to be unpredictable. We have the ability to make decisions – even surprising ones.

Ancient philosophers and theologians have always observed this truth, presenting it to us as the concept of ‘free will’. There are plenty today who – like Planck and Skinner – would prefer to tell us that ‘free will’ is a construct rather than an essential truth. But this misconception allows those who control us to exaggerate their own power and diminish our own.

The façade is most likely to sound plausible whenever we let ourselves become predictable – unwilling to take risks, to think creatively or to take control of our lives and change them for the better. But there are also reminders everywhere that we do have the power to think for ourselves and make decisions: the people who inspire us the most are those who do things we would never expect; the stories we consume every day are built on the fundamental principle of characters who must change; and the ancient spiritual wisdom of the major world religions rests on our ability to order our own wills towards the good.

The surveillance capitalists who try to control us are nothing to fear. Armed with an understanding and awareness of how they work, it’s only our own willingness to let them control us that needs to be overcome.

Sam Savelli is a writer from East Anglia interested in the history of Catholicism and concepts of faith in the world today. His real passion, however, is writing for children, and he is currently dedicated to completing a collection of short stories called Adventures in Dawnia. Sam has a BA in History, an MA in Creative Writing and also works at the History of Advertising Trust archive in Norfolk.