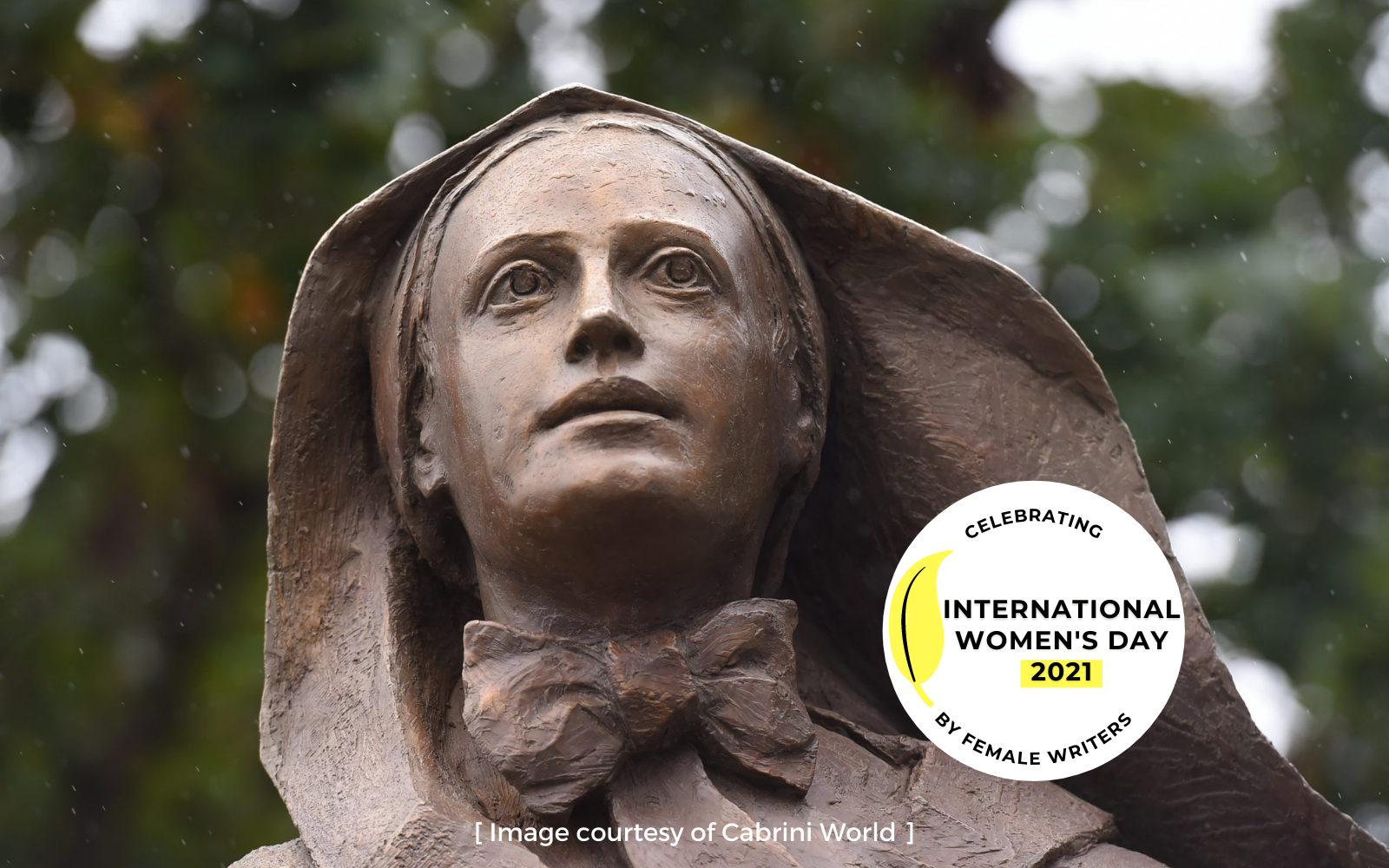 Maria Patricia Williams hails an Italian go-getter whose passion for the poor of New York City is still making an impact today.

To mark International Women’s Day in 2019, The New York Times reported that ‘more than half of the 8.6 million people living in New York City are women, yet only five of the 150 statues in the city’s outdoor public spaces honor women’. A public poll was organised to identify women to be honoured.

The highest number of votes went not to a film star or politician but to an Italian American nun: Saint Frances Xavier Cabrini (1880-1917), known as ‘Mother Cabrini’ or simply ‘Cabrini’. She is known for walking the streets of New York, comforting Italian immigrants, and founding schools and hospitals for them.

Mother Cabrini was part of a new development in Catholic religious life, having founded the Missionary Sisters of the Sacred Heart of Jesus (MSC), in Italy in 1880. It was one of the many new congregations of Catholic women religious established in the nineteenth century. It’s worth noting that in the 19th century alone 400 such congregations were founded in France, 185 in Italy and 31 in Ireland. The majority worked in education. Many migrated to work in empires and diaspora.

Francesca Cabrini took sisters to the United States in 1889, in response to a request from Pope Leo XIII, who was concerned at the wretched conditions of the many Italians who had emigrated there. She was declared ‘Universal Patron of Migrants’ in 1950 by Pope Pius XII. Her religious congregation and their lay collaborators continue to work with migrants of many nationalities, races, and religions today.

Although she won most votes, the leaders of New York City decided not to include a statue of Cabrini among those commissioned for the city. Perhaps a statue of a little Italian immigrant in a black nun’s habit seemed old fashioned; not really an image to inspire the younger generation?

I can see their point of view. I often encounter this (mis)understanding of these women, even among Catholics. English language scholarly research into the achievements of these women is a relatively recent phenomenon, dating back 20 years or so. We need to share our findings more widely.

Andrew Cuomo, the Italian American Governor of New York State, was more knowledgeable about the migrant history of the Big Apple than his fellow Democrats leading the city.  He arranged for the State to erect a statue of Cabrini. It was unveiled on 12th October 2020 as part of the Columbus Day celebrations. It is behind the Museum of Jewish Heritage, facing the panoramic views of the Statue of Liberty in New York Harbour.

Cuomo summed up Mother Cabrini as follows: “She served the poor and the immigrants. She had unlimited energy and capacity and was a model for women’s empowerment before the expression was used, doing all this in the late 19th and early 20th centuries”.

Academic research on Cabrini and her contemporaries supports his statement.

Despite its reputation as a male-dominated institution, many have forgotten that until the 1960s, women had more opportunities for leadership and management within the Catholic Church than outside it. The founder sisters of the 19th century were, in some ways. like modern CEOs of multinational companies. Cabrini established 70 foundations in Italy, France, Spain, England, the United States, Nicaragua, Panama, Argentina, and Brazil between 1880 and 1917.  Like other sister entrepreneurs, she managed vast property portfolios, employing male lawyers to advise her on contracts.

She negotiated loans with Protestant and Jewish bankers, who admired her business acumen. She became known for ‘getting down to business whilst other people were removing their gloves’!

The term ‘start-up’, often used today with reference to new technology companies, is useful in describing her work. Some sisters were sent to help with a new foundation and after a year or so moved to another. Italian Mother Stefanina Crivelli MSC (1871-1945) is a good example of a start-up expert. She was considered an outstanding teacher and linguist. Between 1891 and 1902 she contributed to start-ups in Nicaragua, Panama, Argentina, Spain, and England.

Sisters in this period were also among the minority of women who gained professional qualifications. In New York in 1895, Cabrini sent sisters to study pharmacy in preparation for taking responsibility for the dispensary at their hospital.

Teaching sisters were among the first to train in progressive educational methods such as those of Friederich Froebel and Maria Montessori. For example, 123 women religious gained Froebel diplomas in 1890 at the Saint Catherine Institute in Rome. Early Montessori training centres were set up by the Franciscan Missionaries of Mary in Rome in 1910, the Religious of the Assumption in London in 1921 and the Cabra Dominican Sisters in Dublin in 1933.

Many among these 19th and early 20th century religious sisters warrant Governor Cuomo’s description of being ‘a model for women’s empowerment’.

It would be misleading, however, to see them as feminists in the way that we use the term today.

Professor Deidre Raftery of University College Dublin, a leading scholar in the fields of history of education and of Catholic women religious, has explained that promoting rights for women was not the main mission of these women. The empowerment of women was an outcome of their taking up the opportunities of their time to achieve their religious objectives.

Italian historian Lucetta Scaraffia sees their approach as a feminism of responsibilities rather than one of rights.

They developed a model of female emancipation based on ‘the assumption of responsibility, on the fact that women won respect and autonomy by showing that they knew how to get things done’ (Scaraffia 2004).  They can provide encouragement for the many women, from all walks of life, who assume new kinds of responsibilities today.

Women religious of the past did not view this role as completely new, rather they saw themselves continuing the important role of the mulier fortis or strong woman evident in the Bible. Cabrini referred to Mary, the mother of Jesus, as the ‘living Rule’ in the early Church. She was central to the establishment of Christianity as a way of life. Mary Magdalene was another example. The first to see Christ after the resurrection, she was sent by Him to tell the apostles the good news. A woman was, therefore, the first missionary and moreover, the missionary to the male apostles.

Thus, both Marys were shown in important positions of responsibility in the fledgling Church.  Catholic women religious have continued this tradition in ways appropriate to their times and can inspire women of all beliefs, religious and secular, to do likewise today.

Those interested in the educational work of Mother Cabrini can access my PhD thesis here: The Contribution of Saint Frances Xavier Cabrini (1850-1917) to Catholic Educational Practice in the Late Nineteenth and Early Twentieth Centuries – UCL Discovery

Maria completed her PhD in 2019 at UCL Institute of Education. She has a chapter on ‘Church Religion and Morality’ in volume 5 of the new Bloomsbury Cultural History of Education. She is now researching the work of early English and Irish Montessori educators. Prior to commencing her research she worked in London comprehensive schools.