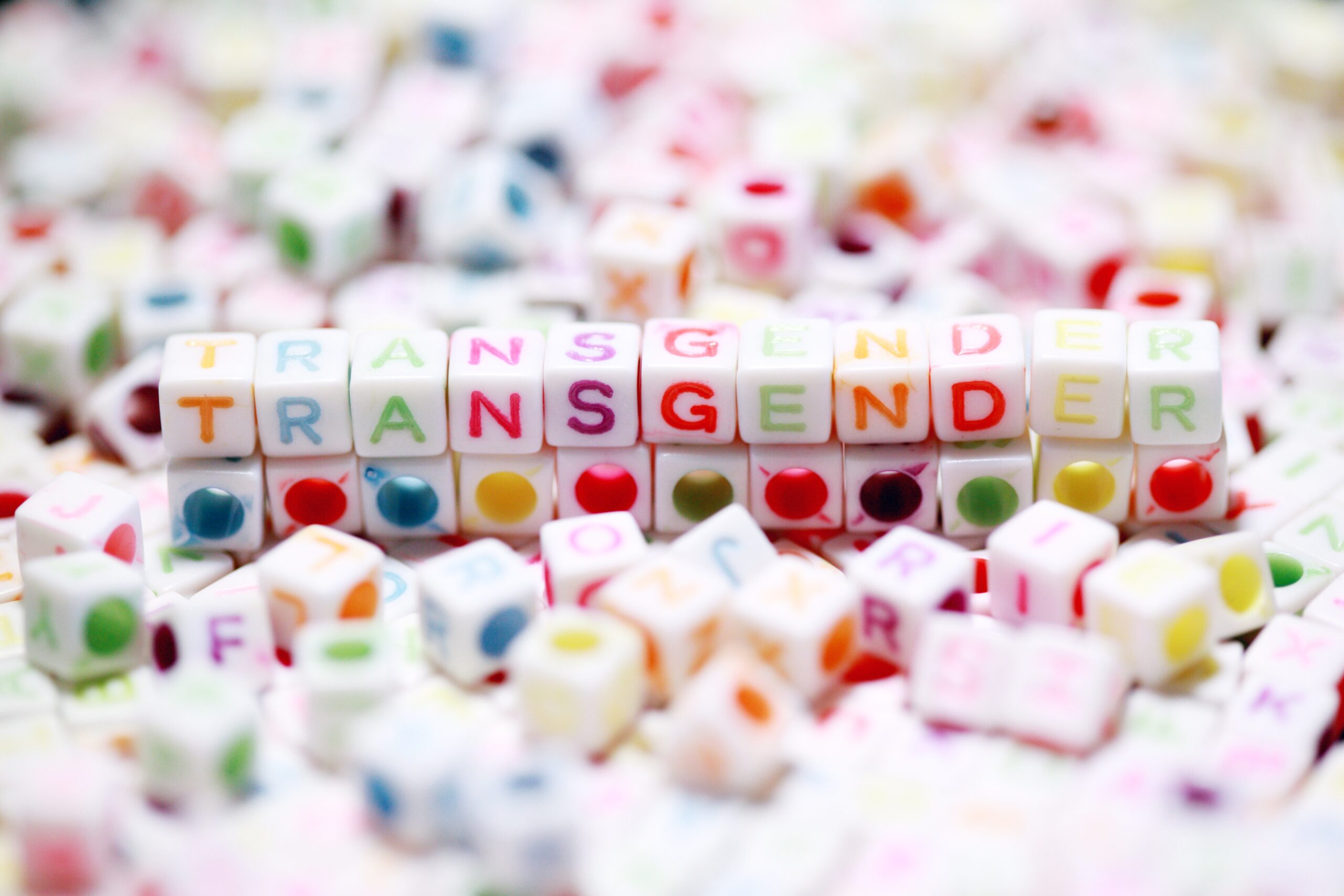 Andrew Scott offers a pathway through the minefield of misunderstanding as he calls for more light and less heat in the debate.

Recent weeks have seen the UK based gay rights campaigning group Stonewall coming in for a lot of criticism. A report into policy and practice at Essex University, relating to the disinviting of two guest academic speakers accused of transphobia, was particularly critical of Stonewall. The barrister who conducted the review said of the University’s relevant policy, which was informed and reviewed by Stonewall: “the policy states the law as Stonewall would prefer it to be, rather than the law as it is.”

A number of organisations have recently let it be known that they are not renewing their membership of Stonewall’s Diversity Champions scheme, which seeks to encourage employees to make their organisation more open to people who identify as LGBT+. And many activists, including some founder members of the group, have been equally vocal in their criticisms.

Behind such reactions is Stonewall’s positioning itself as a trans ally and advocate, in ways which its critics say undermine the principles of equality and fairness and which work against the interests of other groups that Stonewall is meant to advocate for.

But dig a little deeper and there emerges the toxicity that seems to bedevil almost all attempts to talk about trans people and the issues which concern them.

Why does it seem impossible to discuss, debate, or even disagree about trans issues without huge acrimony?

This toxicity first became widely-known in December 2019 when J K Rowling, the famous author of the Harry Potter novels, was denounced as a transphobe after she famously tweeted:

Dress however you please. Call yourself whatever you like. Sleep with any consenting adult who’ll have you. Live your best life in peace and security. But force women out of their jobs for stating that sex is real? #IStandWithMaya #ThisIsNotADrill.

This provoked a huge and vitriolic backlash, and her subsequent article, in which she explained her thinking, had people queuing up to denounce her, starting with the young stars made famous by the Harry Potter films.

But as Rowling revealed in her article, activists had been denouncing her for some time prior to that for having liked a tweet they disagreed with and for following an anti-trans campaigner on Twitter. And, it cannot be denied, their denunciations had a very vicious quality to them, as the examples she cites make clear (and you don’t have to take her word for that: seek out her tweet quoted above on Twitter, and scroll through the replies, and you will see that she is not overstating the case).

On the face of it, it is easy to dismiss this as the ravings of some extremists (any movement will attract some). But that seems to me too simplistic an explanation. I think there are particular characteristics of the trans debate which lead to polarisation and which are worthy of attention, both in the hope that we can enable more intelligent and nuanced discussion of these issues, and also because they are found in other divisive conversations in society.
One tool for analysing what makes the conversation so difficult is the work of the Harvard Negotiation Project and their highly influential book, Getting To Yes, by Roger Fisher and William Ury.

Fisher and Ury are interested in negotiating in the widest sense of the word: reaching agreements with people whose interests are different from our own. They start by examining what typically happens when negotiations founder. There are four frequent, recurrent problems.

On the one hand, that means confusing egos with arguments, and imagining that criticisms of their arguments are attacks on them personally. We certainly witness that in the case of some trans activists, who say that people who disagree with their views are seeking to deny their right to exist, and indeed accused J K Rowling of provoking violence against trans people.

A particularly vicious variant of this problem involves attacking those who disagree with us in highly personal and hurtful ways, rather than addressing their arguments. The replies to J K Rowling’s tweet contain some very strong (and distressing) examples. Of course, such behaviour may, and probably does, happen the other way around, but it seems that some trans activists are particularly prone to this particular approach. The accusation that someone is a ‘transphobe’ is used as a potent weapon.

The Harvard model suggests that the more productive approach is to separate the people from the problem; and that there is no contradiction between being pleasant and seeking to understand other people, and disagreeing robustly with their arguments.

The second recurrent issue which Fisher and Ury identify in their study is to focus on positions rather than explore underlying interests. Positions are easier to state, to understand, to attack and to defend. Indeed, this is the territory of slogans: trans women are women. This creates the appearance of an ideology that does not wish to negotiate an accommodation with others who may have competing interests. Slogans from the other side, such as sex matters, may seem similarly entrenched but do not seem to me to have the same absolutist quality.

Getting to Yes points out that all too often we adopt simple positions to advance and protect more complex interests. Interests are more subtle and sophisticated but are a much more fruitful territory for negotiation.

Examples of such interests include the following: We believe that trans people are worthy of dignity and respect; we want to minimise prejudice, and in particular violence, against trans women, on the one hand, and We want to ensure fairness in women’s sport and safety in women-only spaces; and we have concerns that self-identification may be abused by men with malign intentions, on the other.

A third and frequent problem (which can easily slip into forms of culture war) is when people assume there is only one correct outcome to the negotiation – and they know in advance what it is!

For some trans activists, the only just solution is for everyone to agree with them about their concerns, and to dismiss any other concerns (whether about potential danger to women or the health risks of confusing sex and gender in statistics and diagnostic information in healthcare) as transphobia. Clearly that risks being an adversarial position which will alienate those who genuinely do have such concerns.

But when the issue is highly politicised, it can seem that giving any credence to the legitimacy of others’ interests is a betrayal of the cause.

And so, once again, activists occupy a less constructive place.

The final of the four recurrent problems is people resorting to coercion to try to enforce their preferred outcome. Once more, this is something which some activists seem to engage in, particularly by using the threat of denouncing people as bigots to their employers and to the public, as in the case of Maya Forstater or Allison Bailey, for example, and in encouraging high volumes of abuse, such as that experienced by Rowling.

Again, Fisher and Ury offer a solution to this, which is to seek (and indeed insist upon) objective criteria to settle points of difference. But perhaps that is where the Harvard model breaks down in this regard, for the whole thrust of the trans activists’ argument is that the subjective (or as they prefer, ‘lived’) experience of any trans person must be accepted, as he or she frames it, without any discussion.

This raises severe problems for their critics. For example, if a convicted male rapist declares that he is now a she, the crime is recorded as committed by a woman, and the perpetrator is housed in a women’s prison. That is not a theoretical possibility, but something that is happening now, and some women have been sexually assaulted in prisons by such prisoners.

Nonetheless, according to the Harvard model, if the activists were prepared to separate the people from the problem, to focus on interests rather than dig into positions, to invent options for mutual gain, and to insist on objective criteria, then discussions with those who disagree with them might be less acrimonious and more productive.

But all of that pre-supposes a willingness to negotiate – to reach agreements with those who are pursuing different interests. And perhaps that is where the problem lies, for some trans activists say We will not debate our right to exist. On the face of it, that seems like hyperbole: their critics would argue that nobody is debating anyone’s right to exist but, rather, their interpretation of their experience, and in particular their claim that anyone who claims to be trans must be accepted as the opposite sex to their natal sex for all purposes without question or exception.

But it may be worth pausing to listen beyond the hyperbole, to the underlying concerns.

There is no doubt that many people who identify as trans live in a climate of real fear and that there are some people out there who are extremely, and violently, prejudiced against them.

Understanding this may help us to listen with more sympathy and understanding. And there is no doubt that the more vocal, aggressive and radical activists do not represent all trans people.

But that brings us back to what strikes me as the heart of the difficulty in discussing this issue: the idea that self-declared identity is an immutable reality. Because that makes it impossible to distinguish between the most extreme activists and their hyperbole and more moderate voices in the trans community or those trans people with different ideas.

It also makes it very difficult to distinguish between those who genuinely experience severe gender dysphoria and others who may choose to invoke it for other reasons. Given the growing backlash against the more extreme proponents of radical trans activism, I think it is in the interests of trans people to move away from that absolutist position on self-identification and identity, so that a more nuanced and productive conversation may take place.

Such a conversation would be to the benefit of all in society, but perhaps especially to those trans people who sometimes struggle to make their voices heard in the cacophony of hyperbole and hatred which has bedevilled discussion of trans issues.

Andrew Scott is a professional coach and facilitator, who works with universities, commercial and third-sector organisations, provoking smart people who are tackling difficult problems to think better. His 2016 book, Shifting Stories, looks at the role of our internal stories in shaping our understanding and response to reality; and illustrates how to help people to shift unhelpful stories and replace them with more helpful ones.