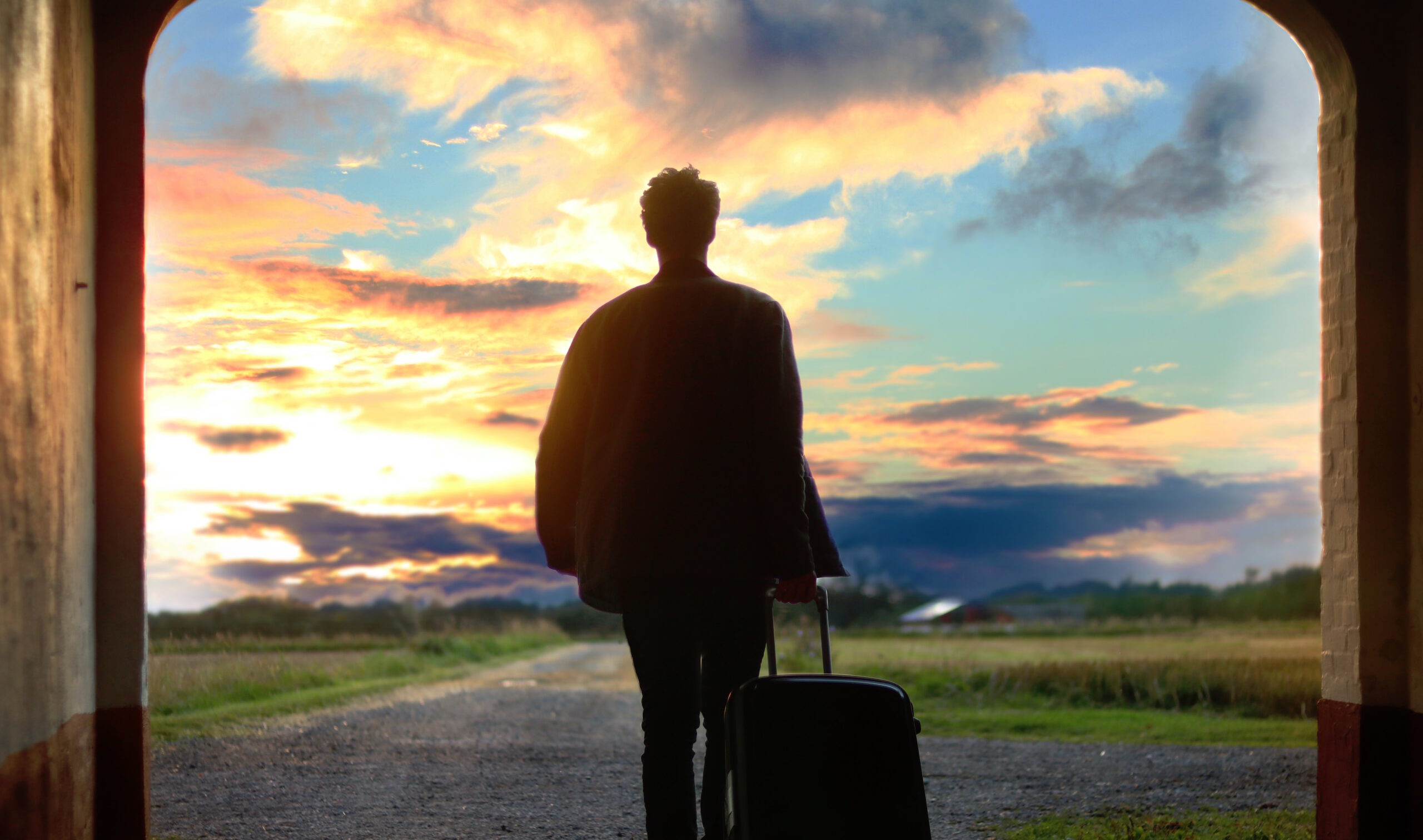 “Let’s start travelling again” has been one of the most popular hashtags on social media in recent months reflecting the desire to escape the isolation into which the Coronavirus pandemic has plunged us.

Tourism was one of the sectors hardest hit globally. According to estimates by the World Tourism Organization (UNWTO), international tourism numbers in 2020 saw a drop of between 58 and 78 per cent compared to the previous year, while the OECD (Organization for the Cooperation and Economic Development) puts the decline at between 45 and 70 per cent.

The European countries worst affected by the crisis were Cyprus, where overnight stays fell by almost 78 per cent, Greece (down 72.5 per cent) and Malta (just over 70 per cent down year on year), while the smallest drops in tourist numbers were felt in the Netherlands (down just over 30 per cent) and Denmark (with a drop of just over 32 per cent).

The tale of woe is no less grim in Asian countries. Data from Jordan for January 2021 shows a drop of 87 per cent in international arrivals.

Such numbers are not mere statistics. They have a devastating impact on local tourist guides who every day find themselves facing huge difficulties after more than a year of inactivity, especially in countries where there is no social security safety net.

It was in this context that the idea of ​​a new kind of digital tourism came to Italian travel writer Carla Diamanti. Carla is a Travel Coach® and journalist who has decades of experience behind her and, putting this knowledge to good use, she came up with the Safar project, which organises ‘immersive live walks’ (Safar in Arabic means travel).

What she created was a virtual experience – real sightseeing tours with live explanations and interactions and stories told by local people – allowing the frustrated traveller to experience new horizons ‘live’ while at the same time offering help and financial support for local guides.

“I started from the places I knew best … These new ‘digital’ trips are a bit special: you need to have professionals who are not only good guides, but who are able to empathize with people online and who are competent with the technology too,” Carla says.

So far seven guides have been recruited – all local experts in their own areas from Jerusalem to Samarcanda – the silk roads of Uzbekistan, from Egypt to Japan, but the number is growing and there are contacts underway with Tangiers, Morocco, Burma, Istanbul and Lisbon.

‘Leaving’ is simple: no ticket or check-in are required, just buy the tour ticket online, at a cost of 15 euros, and you get your ‘travel documents’, (in this case the link to access the direct Zoom) and off you go!

You can enjoy the thrill of an hour and a half‘s live tour in a place of your dreams from the comfort of your own sofa. Organisers also provide a mini-guide, which can be downloaded in pdf format from a private area, containing an overview of the city and a resumé of its history, geography, what to see and what to do, along with tips to enjoy the experience.

Carla said: “We have an average of 50 signed up ‘travellers’ at a time and one trip is never the same as another … some people have been to the same destination three times and found something different on each occasion, while others choose different destinations each time to expand their horizons a bit more. The members (or travellers!) recognize and greet each other, because many of them are part of my community who have followed me on my organised trips for years and people also enjoy the chance to meet new people, even if it is via a screen.”

The first step in the whole process is to create an itinerary which is also the most difficult part.

“Initially we decide the route on the phone, but then we do some tests to refine it so that it is geographically possible but also dynamic and able to offer easily recognizable sights. For example, in Kyoto we chose the Temple of Good Health, one of the most visited sites, especially this year which has been so dominated by Covid.

“In Cairo we conclude our trip in a cafe on the main square,” continues Carla Diamanti. “The ‘travellers’ all write to me saying that the only thing missing are the perfumes, but you have voices, noises, people, sounds, life… We were honoured recently to get the patronage of the Jordanian Tourist Board for our efforts at cultural promotion and we were able to get the local authorities to open for us the Isfahan monuments currently closed to the public.”

For each Safar, a realistic assessment of the difficulties must be considered. You cannot go from one part of the city to another by car, you can’t take buses, and so you need to think of a journey that is a maximum of two or three kilometres, that can be done on foot and in a short time of not much more than an hour.

Carla continues: “What you see on a PC or tablet screen is different from what you can see on the spot. When you are in a city, even if you walk along an anonymous road connecting two monuments, you look around, you see things, you breathe in the atmosphere of the place. With the virtual tour we have to give as much visual information as possible.

“Added to this is the constant issue of network coverage which is not always great and videos often have to be used to cover certain sections.

“Then there’s the issue of time differences. Obviously, we always try to schedule the Safars at the best time for those who participate, we consider the time zone in the local area too but also such things as the closing time of the various cultural sites and the best times to enjoy a sunset for example.

One of the most popular trips is to Jerusalem, within the historic city walls where so much of the world’s history is present. From the Jaffa Gate to the Holy Sepulcher, from the Jewish quarter to the souk, from the ruins of the Roman streets to the panoramic balcony on the Dome of the Rock … Step by step, stone by stone, you can experience live the emotion of visiting the capital of Israel thanks to the camera operators and the expert guidance of Alessandra Andreoni Waldman who leads the digital tourists through the streets and squares.

And there is no shortage of information and fascinating facts that both Alessandra and Carla convey with great enthusiasm. Thus, we learn that the word Shabbat derives from the verb shabat, which in Hebrew means to quit. In other words, the time of rest. Jewish law identifies the beginning of the day with sunset, so Shabbat begins with sunset on Friday and ends with sunset on Saturday.

On Friday evening, before Shabbat begins, two candles are lit in each house, which will burn until they go out by themselves. The meals on Friday dinner and Saturday lunch are abundant, and two things must never be missing from the table: the Challah, a type of braided bread, and the glass for Kiddush – a blessing recited over the wine at table.

Alessandra spoke enthusiastically about the tours: “We guides have been standing about for a long time, and even though I had already tried to do a few things online, on zoom and other platforms, what Carla had in mind was something different and gave me a new sense of enthusiasm. It was clear that it was worth trying out to see how it would go …”

“Many people signed up to join the live tours and this was the biggest surprise and so far everyone has sent us positive feedback.

“Of course, there were some teething troubles: poor internet coverage in some places, something I was already aware of because I experience it every day in the old city – the walls there are very thick both in the houses and the fortifications. Our challenge was to prepare a route that works well for mobile phone reception (bearing in mind the different capacities of various phone brands and mobile service providers). That was a real challenge which made us look for solutions.

“The result is that we have prepared videos edited in such a way that they are not seen as second best – a kind of poor substitute for a real visit but rather as something with added value.

It’s also a matter of respect for the sacred places we visit, because inside the Holy Sepulchre, even if we had been able to get perfect internet reception, it would be inappropriate and difficult to do a live broadcast.”

Safar will continue, with the addition of new destinations over the coming months, even when travel restrictions ease, so as to open up the option to travel to faraway places to  those who cannot move for family, health or financial reasons or simply for those who want to get an idea of ​​what they will find once they arrive on site.

“We aim to take it into schools too because, in addition to being able to reach distant destinations, in an hour and a half children can have a live lesson in history, geography, culture and religion. We are also working with various tour operators and are contacting retirement homes, so that parents and grandparents, without physically moving, can have the opportunity to escape and dream,” Carla reveals.

As the American writer Henry Miller said, “Your destination is never a place, but a new way of seeing things” …which is exactly the spirit of Safar.

Isa Grassano writes for several of Italy’s main national newspapers on tourism, current affairs, books, lifestyle features. She founded the women’s travel blog Amichesiparte. She teaches journalism in Italy and is the author of several books.

Isa Grassano is a freelance journalist who works for Italy's main national newspapers writing about tourism, current affairs and books. She runs training courses for journalists and is a published author. This article first appeared in Italian on the website of the Constructive Journalism Network at www.news48.it and is translated by Ronnie Convery