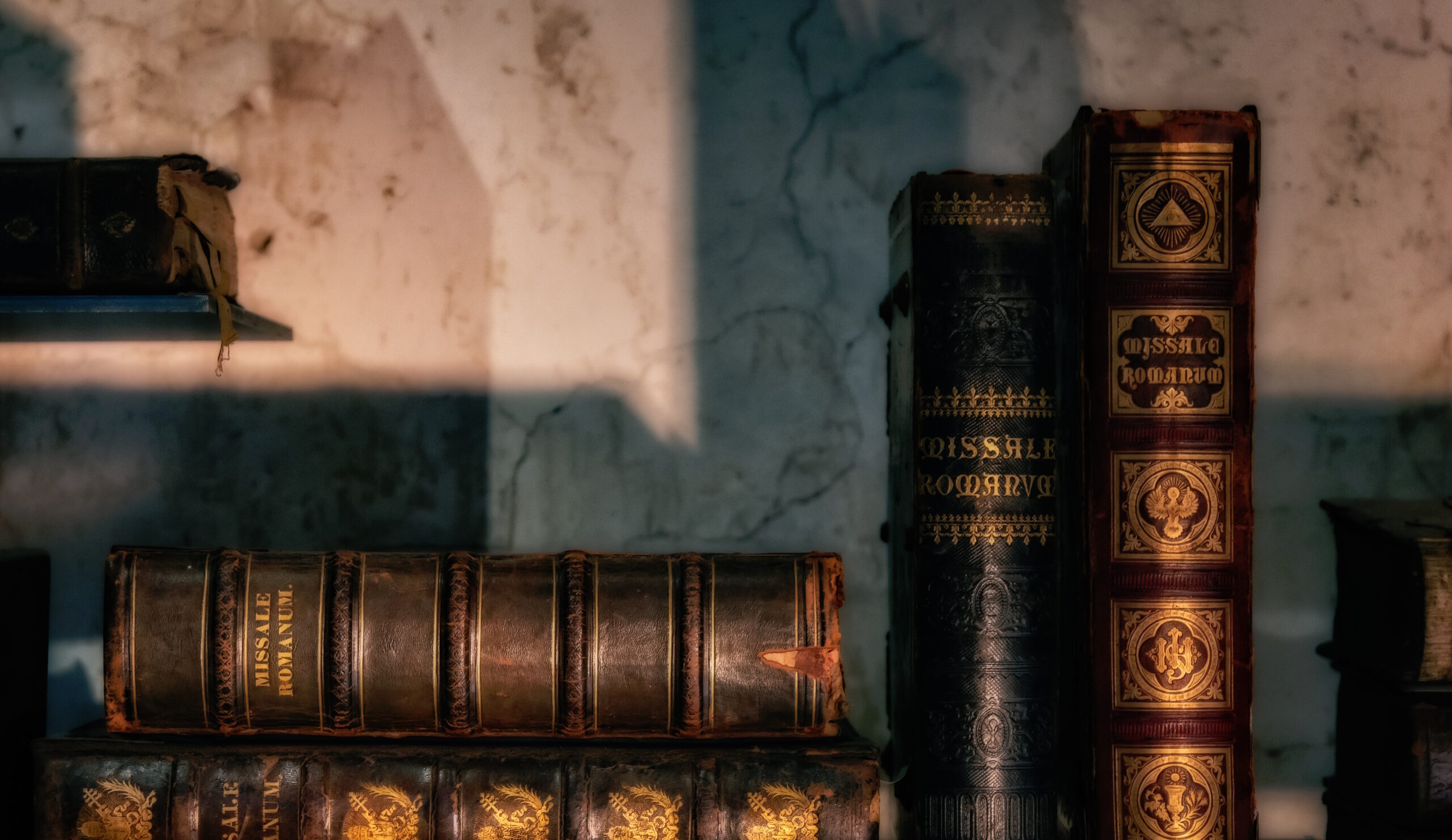 Carolyn Morrison re-visits the life, work and beliefs of the celebrated Polish astronomer Nicolaus Copernicus at the National Gallery.

Many powerful minds have given their views in many different forms on the compatibility or not of science and  religion. But one might not expect art to have much to add to this debate.

Yet an exhibition at the National Gallery in London entitled Astronomer Copernicus: Conversations with God has precisely made its own contribution to the discussion through a pictorial examination of the life of the great Polish astronomer and priest Nicolaus Copernicus. Painted by Jan Matejko, the work displayed suggests that science and faith do in fact have a lot to say to each other. The exhibition celebrates two of Poland’s most famous citizens:  the artist Jan Matejko (1838-1893) and his subject, the astronomer Nicolaus Copernicus (1473-1543).

Copernicus’ life was an example of the endless harmonies and tensions between science and faith. After losing his father at the age of 10, his maternal uncle, the Bishop of Warmia, took him under his wing, and in 1491 paid for him to go to one of the leading universities in Krakow, where he studied astronomy and astrology.

Science and religion were both major aspects of his education. His uncle sent him to study canon law in Bologna, Italy, in 1496, and from Bologna he went on to study medicine in one of Padua’s most prestigious medical schools. Just two years later, due to financial difficulties, he transferred his studies to the University of Ferrara, and in 1503 he gained a doctorate in canon law. On his return from Italy, Copernicus took up a position as one of the 16 canons of Frombork Cathedral in Poland.

His breakthroughs in astronomy came while he was working as a cleric but continuing his academic studies. Some time before 1514 he outlined a heliocentric model of the solar system, which placed the sun at the centre of the universe. As Copernicus explained in On the Revolutions of the Heavenly Spheres, “We revolve around the sun like any other planet.” It was revolutionary because it challenged the dominant Aristotelian-Ptolemaic geocentric model, which argued that the Earth was the non-moveable, fixed centre of the solar system.

Although Copernicus had arrived at his theory several decades earlier, he did not publish On the Revolutions of the Heavenly Spheres until the year of his death in 1543. Historians argue that this was because he feared possible adverse reactions from the astronomical authorities.

Copernicus was in fact deeply religious and dedicated his treatise, On the Revolutions of the Heavenly Spheres, to Pope Paul III. So at first his fear was probably because his ideas were controversial amongst those in the world of astronomy – more so than they were in the Church. He might not have realised it himself but his proposals marked the beginning of a scientific revolution and history has shown how often the scientific establishment is reluctant to accept new paradigms.

However, a backlash from the Catholic Church eventually occurred in 1616, when the Sacred Congregation of the Index vetoed Copernicus’s book On the Revolutions of the Heavenly Spheres. This was  part of an ongoing debate about who had the authority to interpret the Scriptures. In 1610 Galileo was accused of departing from Church teaching by making his own personal observations on Scripture in defence of Copernicus’ heliocentric model. There was also pressure by the astronomic and theological world to denounce the heliocentric theory as too rash.

It is worth noting that this was the first time since Copernicus’ treatise had been published, some 70 years after his death, that any official group of theologians had made this judgment about his views. Most educated people at the time either favoured the geocentric model or a hybrid geocentric-heliocentric model. At the time the heliocentric view could not actually be scientifically proven – it was, after all, still a theory.

The view of both the Church and the astronomical community was part of a wider, mixed trajectory of scepticism and support towards Copernicus’ ideas.

In 1741 there was partial unbanning of Copernicus’ theory by Pope Benedict XIV and the veto was fully lifted by the Church in 1835. The Vatican Observatory acknowledged its debt to Copernicus, stating that ‘we now know that the Earth does indeed orbit the sun, albeit not in a circle but in an ellipse’. Alongside that, the Church’s Second Vatican Council (1962-65) has said that faith and science are compatible inasmuch as ‘when investigations are carried out in a genuinely scientific manner and in accord with moral norms, it never truly conflicts with faith’.

This is reflected in the  centrepiece of the exhibition at the National Gallery – Matejko’s epic masterpiece, Astronomer Copernicus: Conversations with God, which was painted in 1873 to mark the 400th anniversary of Copernicus’ birth.

Matejko attempts to capture the exact moment when Copernicus made his great heliocentric discovery. It shows him down on one knee, on an open rooftop terrace, as if genuflecting, gazing up into the star-studded heavens and surrounded by scientific instruments.

To the left of Copernicus is a large triquetrum, an instrument designed to measure the altitudes of the planets, which bears a striking resemblance to a wooden cross.

Directly opposite we see his heliocentric map of the solar system, which appears to have just been completed, with the pair of simple geometric dividers in his left hand. He is turning towards the heavens with a look of sheer wonder and awe. In the background, to the left of Copernicus, we see the tall spires of Frombork Cathedral, the place where he lived and worked as a cleric.

The fact that the scene is almost certainly an imaginary one hardly matters; he painting is deeply imbued with scientific and religious symbolic imagery – two of Copernicus’ life-long passions.

The painting is flanked by a pair of glittering golden astrolabes, instruments that were used to measure the celestial bodies, which make for a truly stunning display. To the right of Matejko’s epic masterpiece there lies a copy of Copernicus’ famous treatise On the Revolutions of the Heavenly Spheres. The book is bound in a crimson red jacket, contrasting with the heavily printed black ink map of the cosmos

In a wider sense, the illustration of the heliocentric chart bears a striking resemblance to the concentric ripples produced by a pebble being dropped into a still pool of water. The ever increasing circles echo the revolutions of the planets orbiting around the sun – symbolic of the tremendous ripple effect that Copernicus’ theory would go on to have upon both the scientific and faith communities he held so dear.

To the left of the painting is a self portrait of the  artist himself.

Throughout his very successful career, Matejko promoted the cause of Polish independence through his art, often while Poland was being invaded and divided in the 19th century by Austria, Prussia and Russia. He painted highly politicised events in history that recorded the great and tragic moments of the country’s past. Matejko’s depiction of Copernicus sent out a highly-charged  statement to what he saw as Poland’s adversaries: that this was a proud Polish figure, with God on his side.

It would be fair to say that this exhibition is an astronomical delight, shedding light upon one of the greatest scientific achievements of the age, and celebrating one of Poland’s most highly-regarded artists.

It is also the first time a major work by a Polish artist has appeared at the National Gallery.

The title which Jan Matejko gave to his epic masterpiece, Astronomer Copernicus: Conversations with God, strongly suggests that Copernicus was able to integrate his love for astronomy with his deeply-held belief in God – something that modern-day believers, and non-believers, may well take for granted. It should not be forgotten.

Astronomer Copernicus: Conversations with God c.1873, by Jan Matejko is on display at the National Gallery until 22 August 2021. It is located in Room 46, and the entry is free though you will need to book a ticket here.