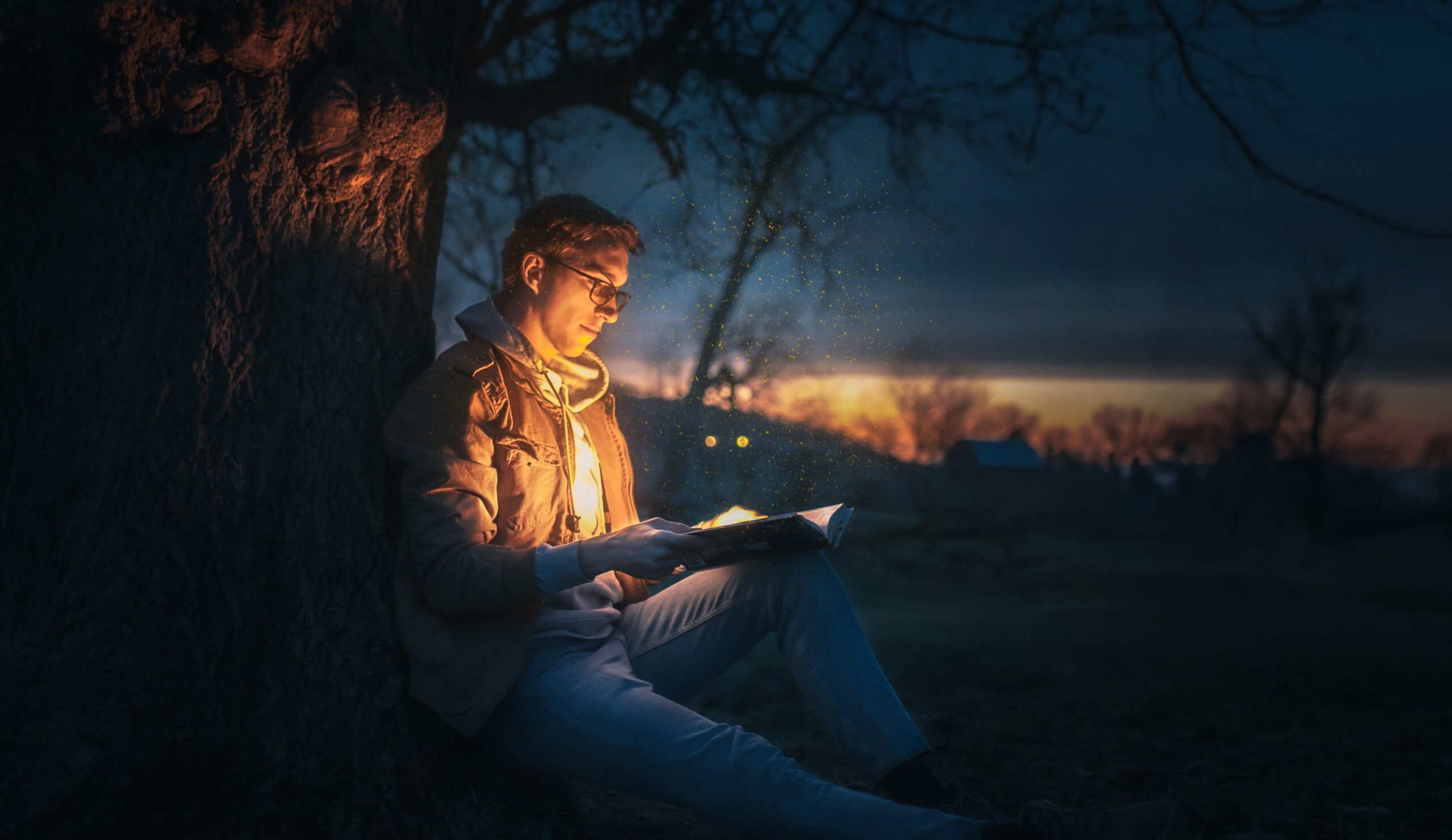 Jaqueline Silverio reveals why children’s books are not just for children.

I once read an article explaining why the British tell better children’s stories than the Americans. The idea behind it was that the British ones were filled with the fantastic: fairies, ogres, hobbits, magical wardrobes and flying cars – you can find them all in British children’s fiction – and these things, according to the article, made them more appealing.

I can certainly understand why magical worlds might be more attractive to children. I was drawn to these books as a child and teenager more than by any other work. I read the Harry Potter books so many times (in four different languages!) that I almost knew them by heart. I also went through the inevitable vampire books phase (fortunately, only a temporary one!) and read other fantasy books that were available to me too.

However, fantasy books were not the only literature I read and some of my favourite stories growing up did not involve any magical worlds. Reading these stories again now, as an adult, both fantasy and non-fantasy, I realise they each have something to offer: they each allow us to expand our imagination and to gain a better understanding of the world.

As I argued in another Adamah article (The Decameron and the power of stories), fantasy and myth are not, in themselves, a flight from reality, but a different way for children (and adults) to encounter it. Books such as the Narnia chronicles, The Hobbit or Harry Potter, allow us to rediscover the world through the lens of symbolism and metaphor.

“Like Proverbs and Parables, they deal with first principles under the simplest forms. They convey knowledge of the world, shrewd lessons of virtue and vice, of common sense and sense of humour, of the seemly and the absurd, of pleasure and pain, success and failure, in narratives where the plot moves briskly and dramatically from a beginning to an end. They treat, not of the corner of a nursery or a playground, but of the world at large, and life in perspective; of forces visible and invisible; of Life, Death, and Immortality.”

Children’s books and fairy-tales teach me, in a way that ‘grown-up books’ never did or could, about the importance of friendship, family and community. They teach me there is worse in life than death.

Sleeping Beauty’s curse was not death; the worst that happened to her was being alive without living.

Fantasy can be an incredible way to explain the most difficult concepts of life, such as death, why bad things happen to good people, making mistakes and trying to fix them, or social responsibility.

This past Lent, I challenged myself to read The Lord of the Rings following a specific reading plan which allows the reader to depart from Rivendell on Ash Wednesday and reach Mount Doom on Good Friday. Reading Tolkien’s masterpiece through this powerful spiritual season helped me to understand the Christian narrative of salvation in a completely different way. And although some would argue that this is not a children’s book (even though many children read it), it is one example for me of the value of reading fantasy.

It helped me to understand such concepts as sin and grace and to examine my actions in a new way. It illustrated for me the damage sin can cause and our own struggles with it. Following Frodo and the company in their journey, I embarked on my own spiritual journey … There are powerful and beautiful scenes in this book showing the power of prayer, friendship and courage.

And this is how I came to realise that for me, as a Christian, The Lord of the Rings is more powerful in its impact on imagination than Harry Potter or even Narnia because, whereas in Harry Potter the magical world is separated from the non-magical world by a secret passage in a train station, and in Narnia you have to go through a wardrobe to access it, in The Lord of the Rings there is no separation.

The world created by Tolkien is one. There is a unity that you do not find in the other two books: the supernatural is part of the world and is never questioned, which allows the reader to fully immerse him or herself in the world created in a way which would not be possible otherwise.

Of course, most fantasy books and all fairy-stories take you straight away into another world, but the difference with Lord of the Rings is that the supernatural world of the novel is seen as our world too.

Tolkien always insisted that his work had no explicit Christian allegory but the author who described so vividly the evil Shadow covering Middle-earth was the devout Catholic who believed profoundly in the malign action of the devil in human history.

For Christians, these types of stories mirror the reality of Christian life in a much more powerful way in that they portray in a parable what we believe to be true of our world. In Harry Potter, only a few people get to experience magic, the ‘muggles’ are kept away from it. Most of them don’t even believe it exists. The ‘real’ world of J K Rowling’s novels rejects the supernatural. The fantastic world of Tolkien’s books takes it for granted in its fictional history and our real one.

But is fantasy the only literary way for children to learn about life? Can’t they learn about it from other stories? What is the value of books that do not contain any magical creatures?

Stories like Little House in the Big Woods, Little Women or The Adventures of Tom Sawyer may seem less interesting for children because they do not contain any magic.

Yet I see the value of these works in how they show children that the magic you can find in fantasy books can also be found in reality – if you know where to look!

Two stories best exemplify this idea for me: one is the Anne of Green Gables series and the second is A Little Princess. In these two books both main characters are orphans but they find themselves in completely different situations. Anne will be adopted by Marilla and Matthew Cuthbert and will find  a place in the small community of Avonlea, whereas Sara finds herself in a boarding school in London with a headmistress resembling the stepmother in Cinderella.

In both stories you learn to see the world around you with different eyes and to realise that even the ugliest and most down to earth realities of life can be beautiful and magical if you open your eyes to the power of grace.

They show you that beauty is not to be found only in fantasy and daydreaming but in the reality of daily life.

That by doing everything you do out of love, you can transform the world around you, and you don’t need magical wands or incantations for that.

Something I realised when reading A Little Princess was the place which fantasy was given within the story. Sara is an avid reader and her imagination is filled with references to fairy tales and novels she has read. A Little Princess could be seen almost as a re-writing of Cinderella, with a mix of Sleeping Beauty and other fairy tales thrown in.

Both characters bring their imagination into action in the midst of real life.

When Sara mentions magic, it is not the kind of magic that requires a wand but the magic of human kindness and the real transformative impact it has on people’s lives.

While Anne will have to learn how to control her imagination, Sara not only knows the difference but is described as a master in storytelling and applies this already in her life without losing sight of reality. Anne often lets her imagination get the best of her (for example, in one famous scene, by imagining the neighbouring woods to be haunted and then not being able to walk through them for fear of ghosts). Sara will use her imagination to get through the most difficult challenges in her life (such as imagining a beautiful meal, when she didn’t have anything to eat during the day). She knows well what reality is, but she also still knows how to use her imagination to transform her daily life.

What fascinates me most about A Little Princess is that it is truly a blend between the American tradition of moral realism and the magical world found in British stories.

Indeed, Burnett, the author, was English but spent her adult life in the United States. In her story, magic is rooted in reality, and reality is steeped in magic.

Some people might query if children would understand all this as they turn the pages, and I answer ‘yes, they would, and they do’.

I truly believe that whatever we read as a child will shape our understanding of the world and of life in a way that no other reading as an adult will, even if we can’t explain how.

Of course, reading a book as a child and reading a book as an adult will have a different impact. When you read a book as a child, it touches you more deeply because you are free from the prejudices and ideas of the world you acquired while growing up, and you can truly take in the wonder of what you are reading. It doesn’t matter if it will take you years to be able to put into words what you learnt, the seeds have been planted.

So why not dig out your old children’s books? Read them by yourself, or with your children, and let the magic of fantasy or reality change how you see the world.

Jaqueline Silverio is a book lover and coffee enthusiast who has recently discovered the joys of crochet. Born in Brazil, she grew up in France and holds an MA in English Literature (Sorbonne University) and a PGCE in Modern Foreign Languages (Roehampton University). She now teaches French in an all-girls school in Essex