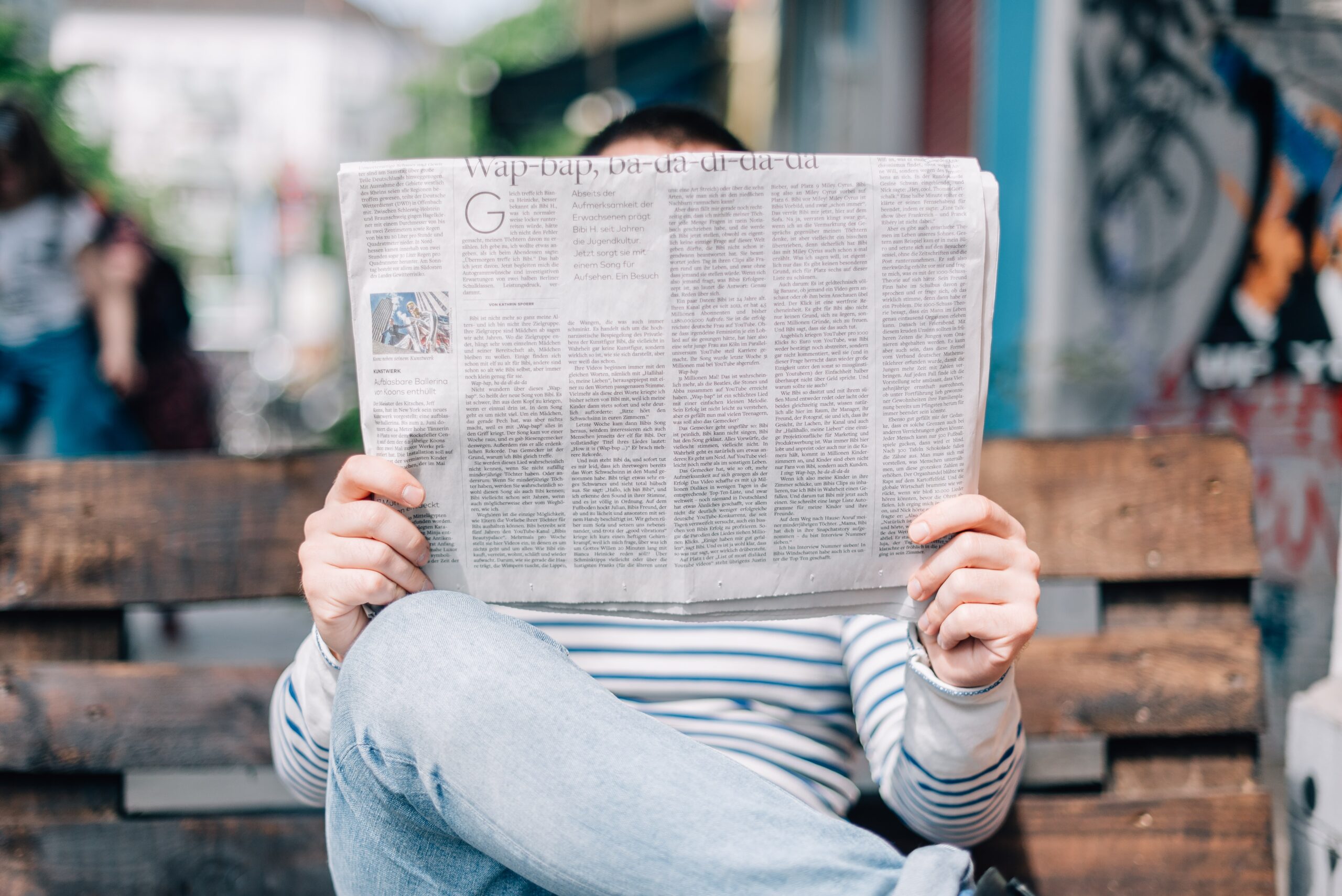 When Jimmy Lai started Apple Daily in 1995, two years before the transfer of Hong Kong’s sovereignty to China – a defining episode in the territory’s history which many at the time foresaw with a sense of impending doom – not many would have thought it would turn out to be one of Lai’s best business decisions. Indeed, an old Hong Kong proverb has it that the most effective way to wreak vengeance on one’s enemy is to persuade the latter to start a newspaper business.

Running a newspaper in Hong Kong could often be a perilous endeavour – owing to its unique, non-aligned geopolitical status as a British colony, Hong Kong had, since the start of the Cold War in the 1950s, been a strategic buffer zone between Red China and the free world.

Much like Casablanca during the Second World War, operatives and agents from different political camps were omnipresent in Hong Kong.

At the height of the Cold War in the 1960s and 70s, anti-communist newspaper owners in the city often had to brave the threat of assault or even assassination from local communists and pro-Beijing trade unionists, whilst those publishers who were sympathetic to Chairman Mao’s regime north of the border had to live with the constant threat of closure or deportation under the draconian colonial legislations on publication.

Louis Cha, the owner of Ming Pao, a liberal, third-way newspaper whose staunch anti-Mao editorial stance had elicited much hatred and hostility from communists, had had to run his paper within the confines of his house for years in order to avoid being ambushed on his daily commute to work by terrorists from the pro-China camp who had put a price on his head.

Wind the clock forward a quarter of a century to the mid-nineties. The British colonial administration was coming to an end with the 1984 signing of the Sino-British Joint Declaration in which the UK pledged to hand over the sovereignty of Hong Kong to China on 1 July 1997.

The city’s press, after having gone through a dark period of threats and colonial censorship, had flourished under the open and liberal governance of the British administration in Hong Kong since the 1970s, when the responsibility for appointing the governor was transferred from the Colonial Office to the Foreign Office.

All the same, starting a newspaper then was not exactly smooth sailing: above and beyond the whopping pecuniary risks that came with the endeavour, there was also the question of political danger and uncertainty; with the handover approaching and the Tiananmen massacre having happened just six years before, many were worried that the civil liberties which Hong Kong had enjoyed under British rule could be eroded, open debate limited, and dissent stifled when the Chinese took over.

As it happened, Jimmy Lai was no stranger to those worries: soon after the 1989 Democracy Movement in Beijing ended in bloodshed, Lai was forced by the Chinese authorities to sell his stake in his successful clothing retail business which had shops all over China in retribution for the support he had lent to the movement.

It was by sheer chance that Jimmy Lai entered the media business. In 1990, a year after he was forced to withdraw from his retail empire, he started the Next Magazine, a weekly periodical that featured tabloid journalism and sensationalism which was the first of its kind in Hong Kong. Its intrusive paparazzi-style tactics, capitalising on the gossip and scandal of the affluent and powerful, proved to be an instant hit with a Hong Kong readership bored stiff by the ageing and conservative local press.

Following his flying start in the media business, Lai launched the Apple Daily in 1995 in an attempt to duplicate his winning formula of sensationalist journalism and investigative reporting.  The Apple Daily was an even greater success; its full colour printed pages, large photographs, sensationalist reporting, and all-encompassing contents (consider it to be an amalgamation of The Telegraph, the Financial Times, Private Eye, Country Life, Hello!, Razzle, the Racing Post, and The Times Literary Supplement) immediately struck a chord with the city’s readership; just four years after its launch, Hong Kong had seen the closure of six mainstream newspapers while Apple Daily’s circulation reached 537,000 a day in 1999.

As a champion of liberal values and democracy, Jimmy Lai had been an outspoken voice for universal suffrage and the pro-democracy movements in Hong Kong.

And he was equally unabashed in his disdain for the one-party Chinese state and its autocratic form of government.

Lai had been unwavering in his conviction about maintaining Apple Daily’s editorial stance strongly critical of the Chinese government, even when it came at a high cost in the form of losing advertisers – many businesses had distanced themselves from placing advertisements in Apple Daily as a result of either direct threat from the Chinese government or out of concern for Chinese retaliation.

Despite the immense political pressures exerted by Beijing on the paper and its advertisers, Apple Daily had, for most of its life, remained resilient and impervious to the implicit aggression and intimidation from the north: from its inception in 1995 until recently, it had been the best-selling newspaper in Hong Kong and accounted for, including  its digital editions, almost half of the city’s news media market.

Apple Daily’s former success was built as much upon its vocality and editorial stance as the Chinese authorities’ tolerance of it. In the intervening years from 1997 until recently when the self-restraint of Chinese leaders could be counted upon, Hong Kong had remained a relatively free and open society.

As annoying as Apple Daily might be to the Communist regime, it was apprehensive about the response of the international community that any forced closure of the paper would have precipitated and the impact it would have had on Hong Kong’s international standing, particularly as a regional financial centre whose success is dependent upon, among other things, judicial independence and the rule of law.

It was also because of the existence of an independent judiciary and the maintenance of the rule of law that, despite the constant threats from the north, Hong Kong was able to remain an essentially free city for 20-odd years between the handover in 1997 and the onset of the anti-extradition bill movements in 2019.

Pro-democracy politicians – including those who were strongly critical of the Chinese authorities – were able to stand for elections; Hong Kong citizens were free to hold opinions of any kind without any interference or political or legal repercussions, so long as they were made within the clearly-delineated bounds of the law.

Much as it wanted to get rid of Apple Daily, Beijing was unable to do anything about it without having to risk putting the city-state’s rule of law in harm’s way – a decision which former Communist Party leaders such as Jiang Zemin and Hu Jintao knew would irretrievably damage Hong Kong’s standing as an open, pluralist society.

That tolerance, however, can no longer be counted upon.

With the promulgation of the so-called national security law, a raft of draconian and still-to-be defined charges have been brought in to crack down on the remaining civil liberties in the city-state.

The imposition of a catch-all law, which criminalises any act of ‘secession’ (Article 20), ‘subversion’ (Article 22), ‘terrorism’ (Article 24 and 26) and ‘colluding with foreign forces’ (Article 29), makes it a crime to be seen to undermine the Chinese Government’s  authority: the law is so ill-defined and vaguely-worded that it is capable of being manipulated arbitrarily and extensively as a convenient tool of persecution against anyone the Communist regime wants  to get rid of.

In fact, the law is so handy and effective that just about every prominent Hong Kong activist is now either in exile or in jail, with some facing the prospect of spending the rest of their lives in incarceration.

After staying in print for more than 26 years, the beginning of the end of Apple Daily finally came in the form of a rude knock on the door on Thursday 17 June this year, when, at the crack of dawn, dozens of policemen turned up on  the doorsteps of the editor-in-chief and four other executives of the newspaper, in the prelude to what was the largest – and turned out to be the final – police raid on the publication.

Earlier in August 2020, Jimmy Lai, along with nine others including his sons, was arrested under the national security law and has since been incarcerated. This time, with an unprecedented warrant under the draconian law allowing the seizure of journalistic materials, some 500 policemen were mobilised to ransack the newsroom, taking with them documents, mobile phones and hard drives.  A week later, on 24 June, Apple Daily published its final edition and was forced to close.

The demise of Apple Daily is one that epitomises the difficulties the people of Hong Kong have had to endure under the whimsical arbitrariness of Chinese rule.

The growing assertiveness of Beijing is manifested in the imposition of the catch-all national security law and means that Hong Kong as we knew it is no more.

The stark fact is that, despite the relentless, heroic and admirable demonstrations of defiance on the part of the freedom-loving people of Hong Kong against China’s intimidation and thuggery in the past two years, with this coup de grâce on the city’s laws and freedoms the long-dreaded threat of an outright takeover is now a horrid reality.

I wish to conclude this tribute to the Apple Daily with a paragraph I wrote for my last column which was scheduled to be published days after the raid and in the end was unable to see the light of day in the paper:

“The downfall of a regime is at hand when it is afraid of the facts. The iron fist that has come crashing down on this newspaper is testament to how petrified Peking really is about being called out by a fearless media outlet whose unwavering dutifulness and courage to speak the truth – even in the face of great adversity – will continue as a source of moral inspiration and encouragement for generations to come. It will have been worthwhile if our devotion to the truth and moral fortitude to speak up against the monstrosities that the Chinese state has committed kindle a sense of justice, abiding compassion, and common humanity in so much as one soul amongst us. The Apple Daily as we know it might soon cease to exist; this article, as I am writing it now, might not even see the light of day. All the same, we should take comfort in knowing that we have fought a good fight and finished our course honourably. In doing our utmost and fulfilling our duty to speak the truth, our conscience is intact.”

Joseph Long was a columnist of the Apple Daily, a pro-democracy newspaper in Hong Kong, until it was forced into closure on 24 June 2021.