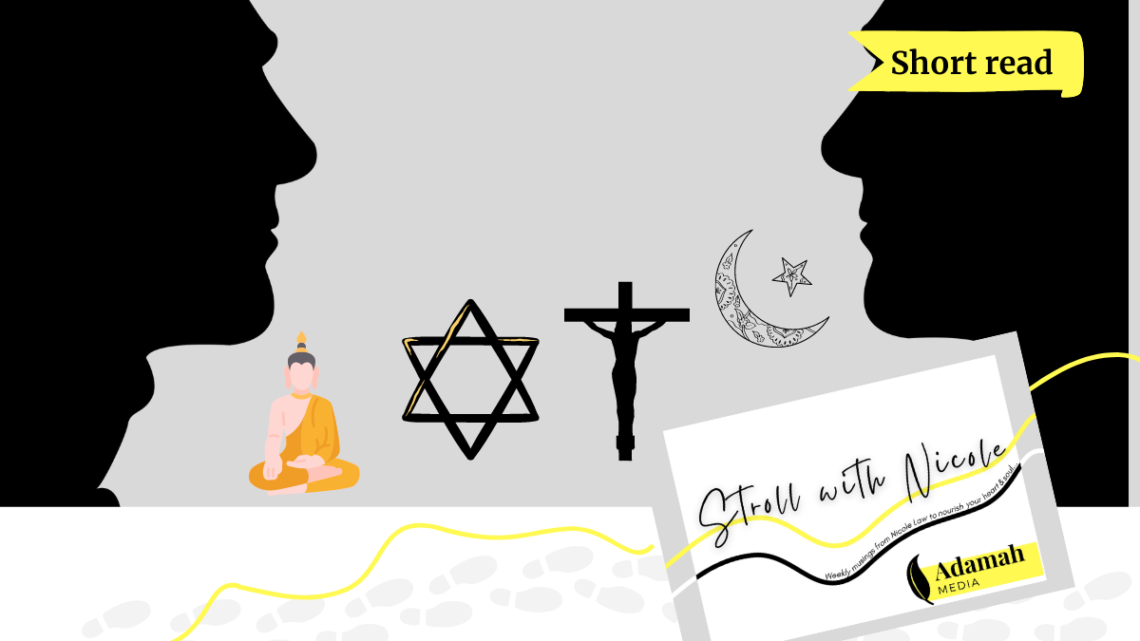 I’ve recently become more involved in interfaith work in Singapore. To those unfamiliar with my homeland’s unique history and composition, we are a nation of immigrants. Over the centuries, various settlers from the Asian peninsula arrived on Singapore’s shores and brought with them their  languages and cultures.

As Singapore’s independence day also rolls around, we are reminded that our island nation was built on the principle of equality. It is enshrined in the pledge we recite at important occasions or to start the school day: “We, the citizens of Singapore, pledge ourselves, as one united people, regardless of race, language or religion …”

For most of my life, multiculturalism has been the norm and I have always been curious about religions other than my own. In the past few years, I have been involved in the odd interfaith-related dialogue here and there and facilitated some conversations on Pope Francis’ document Fratelli Tutti which speaks about the whole human family as a fraternity and the necessity of dialogue and respect for one another.

I am always heartened by the open conversations we have on issues that affect us and the recognition that we will not necessarily agree on everything. The scope for dialogue involves both speaking and listening. We speak not with the intention of winning an argument or convincing the other person to subscribe to our beliefs but to share our truths in a sincere way. And we listen to learn from theirs.

In the same way, by listening to the different participants talk about their own beliefs and how these beliefs translate into the way they live their lives, I am able to witness religion not as a set of rules but as a core conviction which informs our decisions big and small.

In early 2019, Pope Francis and the Grand Imam of Al-Azhar Ahmed Al-Tayyeb issued a “Document on Human Fraternity for World Peace and Living Together”, echoing these sentiments on fraternity and unity. Pope Francis noted that “religious leaders … are called to be true ‘people of dialogue’, to cooperate in building peace not as intermediaries but as authentic mediators … [each] called to be an artisan of peace, by uniting and not dividing, by extinguishing hatred and not holding on to it, by opening paths of dialogue and not by constructing new walls.”

What struck me about the dialogue between the two religious leaders was their respect for each other’s beliefs and their openness to consider the goodness present within each set of beliefs.

I experienced this same openness and receptivity when I attended ‘Ali-day’ at a local Muslim activities centre, to honour Alī ibn Abī Ṭālib, a central figure in Shia Islam and the companion of the Islamic prophet Muhammad.

I was warmly greeted at the entrance of the centre and introduced myself to various individuals from different religions at the event. We were handed a lovingly crafted welcome gift and approached by various participants. Having not had prior knowledge of Ali himself, an informative video created by the youth wing of the centre provided me with a crash-course on his life and contributions to Islam.

Speakers hailing from the centre as well as other faiths took turns to share contributions on both the context of the event as well as the importance of interfaith dialogue. I found much of what Pope Francis and the Grand Imam agreed upon further developed by the various speakers, who emphasised the inherent goodness in various beliefs and the need to view people different from ourselves not as ‘The Other’, but as brothers and sisters who also face challenges and struggles.

I heard the same message resonating throughout each speaker’s sharing and the key message I took away was that there is nothing to fear in approaching our differences. Rather, there is inherent value in the different beliefs we profess.

Differences offer us a space to understand and to see the world through other lenses. There are differences that will remain and may threaten to divide us, as is evident from various instances of extremist behaviour around the world.

There are also many similarities across religions, as the speakers highlighted – that of loving our neighbour as ourselves, especially.

Yes, it may be phrased differently in different religious texts but the core idea is to love others. I was struck by the essentialism of this core truth which forms the basis for many different religions.

Although the many voices around me overwhelmed me at first, I grew to appreciate the rich diversity I was experiencing. As we exited the centre and walked to the bus stop, I walked with fellow participants, who had now become friends, people not very different from me, each of us waiting for their own bus home but ultimately headed in the same direction.