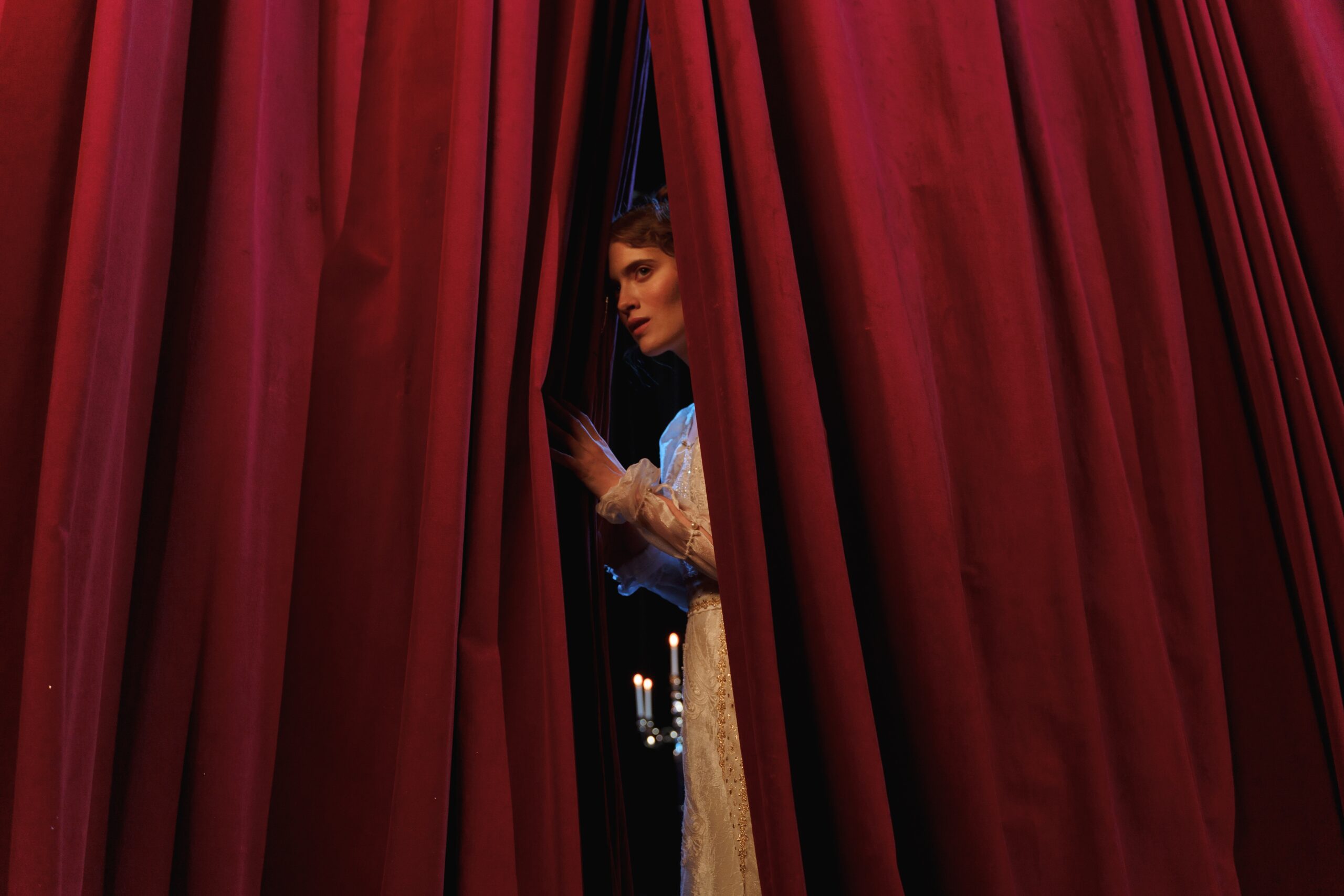 Isabella De Maddalena investigates a new project trying to right the wrongs, on stage and off stage, for Italy’s actresses.

The procedure was always the same. A young woman desperate to make it in theatre or the cinema… Her break comes, or so she thinks: a first audition in a rented studio apartment with cameras, lights and staff.

It all seems quite professional, but even so, many girls had an unpleasant feeling about the situation even at that first meeting. Nonethless, it still had some semblance of credibility…

The actresses were then summoned for a call back, which was very different: a rendez-vous outside a McDonald’s, for example, after which they were taken by car to a vacant small apartment, the place of the alleged audition, but this time without the cameras, and without a film crew.

The pretence of the audition continued until the ‘director’ asked the girls to play a scene on a sofa which involved kissing and love scenes. At that point many of the actresses left, but not all had the courage or presence of mind to do so.

This is not a theatre tale. This is real. This is how Claudio Marini, an Italian ‘director’ from the Ciociaria area south of Rome, organized fake auditions in order to sexually abuse young actresses. He was eventually brought to court thanks to an alliance between two ground-breaking Italian organisations which campaign for women’s rights, especially in the world of theatre.

The first is called Amleta (a feminisation of Amleto – the Italian word for Hamlet), a group made up of theatre professionals to fight against gender inequality. Amleta started off with 28 founding members: actors, playwrights and theatre trainers from all over Italy who met weekly through online meetings. It quickly expanded to 200 who signed up to the newsletter and after a membership campaign it now numbers more than 400.

The other is called Differenza Donna, an association of lawyers and experts that has been fighting against gender violence since 1989. It was their joint work which brought Marini to justice.

According to Amleta’s President, the actress and playwright Cinzia Spanò: “Speaking out about violence means tackling a hidden and sensitive issue. We have known that for years there have been abuses that no one has ever dared talk about. Violence comes in many forms.

“In the case of Claudio Marini, we received reports about a young girl who, after having suffered an attempted episode of abuse, managed to escape from the fake director, and it was only later that she discovered that several colleagues had found themselves in the same situation. She found various reports about his behaviour online and discovered the existence of a private Facebook group made up of very young actresses who had suffered attempted assaults by him. The number of girls involved was very large, and complaints had already been filed with the police.

“When we learned what was happening, we began to investigate, with the help of our lawyers, how it was possible that this fake director-attacker was still active.”

Marini, like many abusers, organized fake auditions with an almost maniacal regularity. The cities where he set out to entrap his victims, always in the same way, were Rome, Milan and Bologna.

“It is very difficult to take this step for a young actress, since in this business there is undoubtedly a dark side …

if you are young you do not understand what is legitimate or illegal to ask, what is right or wrong to be expected to undergo. And that is one of the things Amleta works on”, Spanò explains.

“The work we do on social networks creates ‘antibodies’ that allow very young girls to understand what they should not be expected to do in a professional situation. It is not a simple task, because this work of education is not taught in drama school, and sooner or later that will have to be addressed.”

When the most serious report came in, concerning the rape of a 19-year-old girl, Spanò called in the help of lawyer Teresa Manente, of the Differenza Donna project, who specializes in gender violence, and is one of the best in Italy in this field. Manente listened to the rape victim and set up an appointment. The next day Manente went to the magistrate and after about two weeks Claudio Marini was arrested.

“The lesson here is that we must turn to specialists in gender-based violence,” says Spanò, “because the first lawyer had never filed the reports or complaints, allowing Marini to attack women for another year. It is important to act promptly and use the right means.”

With the support of Differenza Donna, Amleta is financially supporting victims of another type of violence: the non-consensual dissemination of nude images on pornographic websites, images originally lifted from videos taken at theatrical performances or from films on the net.

“As soon as we received the first report relating to nude scenes we immediately reported it to the police. A month later we received a second report, this time relating to images taken from a film, and similar reports followed.

“We are urging theatres to protect those images. Video recordings of shows are not intended to be distributed outside the theatre. They serve as an archive and for this reason they should remain protected, not be shared in public,” says Spanò.

“The message we are trying to get out to young actresses and theatrical colleagues is that they are not alone,” says actress and co-founder of Amleta, Monica Faggiani. “Unfortunately we have always been in a blackmail situation in our industry. You know the script … ‘You’re not prepared to do what I ask? You are prepared to publicise what’s happened? Then you’ll never work again…’

“If you are 20 or 25 years old you find yourself wondering, what do I do here? How can I do what I should? Who do I tell? Will I be believed? Will I not be believed?

“Now they know that we are here for them,” says Monica. “If a complaint is filed, Amleta acts as a civil party in the case to give a clear sign that violence is not acceptable. We have to stop thinking that because we are actresses, and we work with our bodies, then we have to shut up.

“Even when we are accused of infringing on directors’ freedoms … I always say, ‘we will stop them’. I don’t know how long it will take, we will take however long it takes. It’s not easy. It’s expensive and requires constant work and networking, but that’s what we’re here for.”

There is one other very important area in which Amleta is active: the issue of parenting.

The aim is to ensure effective support is in place to allow a woman to actively choose motherhood, without having to give up the profession as a result.

Faggiani continues: “This is a problem not confined to theatre, unfortunately. When I was in the final month of pregnancy I could only be an assistant, not an actress, because there were no roles for pregnant women and no one was offering me a part. You are fragile and it is risky if something happens to you while you are working. This is another issue that is emerging …”

Another important theme is the reformulation of some drama offerings, to build a dramaturgy that contains non-stereotyped female characters.

Amleta is investigating how existing playwrights write about and treat women, both in terms of numbers – by calculating for example how many female characters compared to males there are in a cast – but also how these women are presented, what language is used in their characterisation.

“We have to remember that we are dealing here with the majority of the audience who are women who come to see plays about women written by men. Clearly women are exposed to stereotypical and patriarchal narratives from which it is hard to break free. We are not calling for women to do everything but at least we should aim for a 50/50 split, so that the women in the audience can watch performances narrated in a non-stereotypical way. This is a long-term goal that impacts the culture of our society. Italy is light years behind on all gender issues compared to many European countries,” says Faggiani.

Amleta’s research has also revealed the lack of women in charge of National Theatres in Italy, and the gap is even more shocking when it comes to directors – 82.9 per cent men and just 17.1 per cent women.

Indeed, the overall presence of women, across all professions in the field – directors, playwrights, screen writers and actresses – is only 32.4 per cent, while the male presence is double that at 67.6 per cent.

To carry forward its work, Amleta has adopted the words of Simon de Beauvoir:

“Never forget that all that is needed is a political, economic or religious crisis for women’s rights to be called into question. These rights are never fully acquired. You will have to remain vigilant throughout your life.”

This article first appeared in Italian in the online magazine www.news48.it It was translated by Ronnie Convery and the current article is an abridged version of the original which can be found here.

Isabella De Maddalena is a photographer enrolled in the Italian Order of Journalists, she has a background in painting at the Academy of Fine Arts in Brera, Milan and in visual storytelling at the Danish School of Journalism and Media.