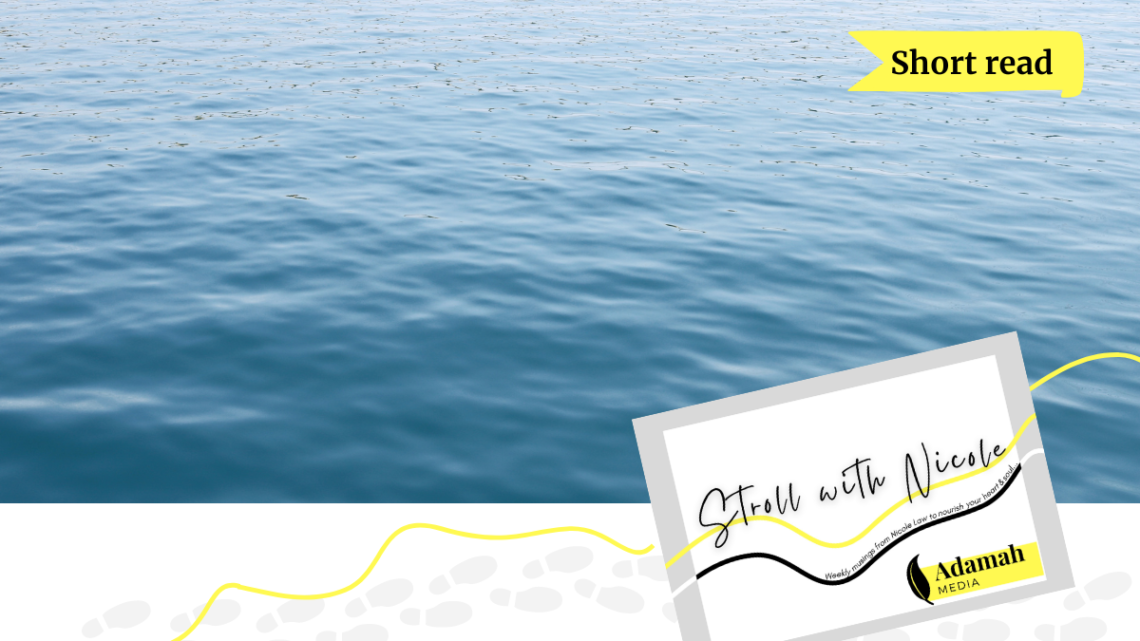 Nicole Law puts brush to canvas and learns lessons from the power of the sea.

I have been taking a long hiatus from the act of creating, whether it’s painting or writing poetry. The responsibilities of life have started to take their toll and even my birthday passed recently without fanfare. I did not feel remarkably different as the clock struck 12 on the day but I decided to take to my laptop to pen down a few thoughts.

I think of Adele, the Grammy-award winning singer who launched an album at each significant point of her young adulthood, naming her albums, 19, 21, 25 and most recently 30. I am not as talented as Adele, nor do I have enough life experience to channel into an album of soulful ballads. But, I am nearing the end of this thing called ‘The Twenties’.

It has not been the most magical time of my life, thus differing from my expectations.

I used to think that after one’s formal education had concluded, the road ahead was one of liberation and autonomy.

Instead, I’ve come to realise that as the years go by, the time has been spent less on belting out tunes in twilight or hitting the town and more on doing the quiet internal work of everyday life.

Growing up, we have perhaps all learned negative patterns of behaviour from those around us and some may have been socialised into unhealthy tendencies of people-pleasing. The past few years of my life have been an act of unlearning some of the negative patterns that have taken root in my psyche and learning to be myself all over again, even if it displeases some people.

These past few years have also been a lesson in knowing when to stop before my flame burns out, taking a step back and a necessary break. I spent months away from creative pursuits precisely because of this danger – no painting, no poetry, just trying to cope with life’s daily prose. Only in recent weeks has my creative self started to tentatively peek out from the undergrowth.

A few weeks ago, I attended a free-form art lesson at a studio downtown. I found myself drawn to the image of a wave when thinking about what I wanted to paint. I mixed colours, donned an apron and sat down in front of the canvas.

I started by blocking out parts of the canvas, one part covered in a dark blue and the other in a near-white. To me, this process was symbolic of coming face to face with both the light and darkness which exist within me and in each person I encounter. We have the ‘near white’ when we adopt a spirit of light heartedness – the parts of us we sometimes like to present to the world. We also have the ‘dark blue’ hues where we wrestle with our own fears and insecurities.

As I layered more shades of blue on the canvas, I started to realise that the purpose of the dark blue layer was simply to provide a base for the other colours to be more prominent. An art teacher who was working in the studio that day noticed I was reluctant to paint too much of the canvas dark blue for fear that any lighter colour would not be visible if layered on top. He remarked: “The white will always show through, it will not get consumed by the dark.”

I sat with his remark for a long while and looked at the white paint on my palette. A few tentative dabs of white, a few strokes of cerulean blue and the canvas was slowly coming to life.

As I reflected on the image of waves, I was drawn to their dynamism. This made me think how it is possible to ride the waves instead of being drawn into the vortex.

Waves are water in motion and draw their force from many sources. Sometimes it is the gravitational push and pull, reminiscent of the various external commitments which influence our life trajectories. These could be work, our relationships or family. All these are external, forces sometimes outside of our control.

Then there is also the less visible movement of tectonic plates – the shifting of the various plates which make up the Earth’s crust. This to me is the internal struggle we face, the trauma we have experienced and the fears we cannot shake off. Yet these are usually not visible to the public observer. What we do see are the waves crashing against the shore or the turbulent waves we have to sail over, sometimes involuntarily.

Seeing the waves for what they are has involved stepping back a little so as not to be sucked into their force but rather to be able to stand on the crest and ride through the troughs. The dynamism of the wave always resonates with me. Water is continuously in motion and there is always a relentless forward current that carries us along.

The painting, my first for the year, now sits in my room as a reminder that amidst the chaos there is so much beauty that still lies ahead. Maybe it’s time to launch out into the deep sea…