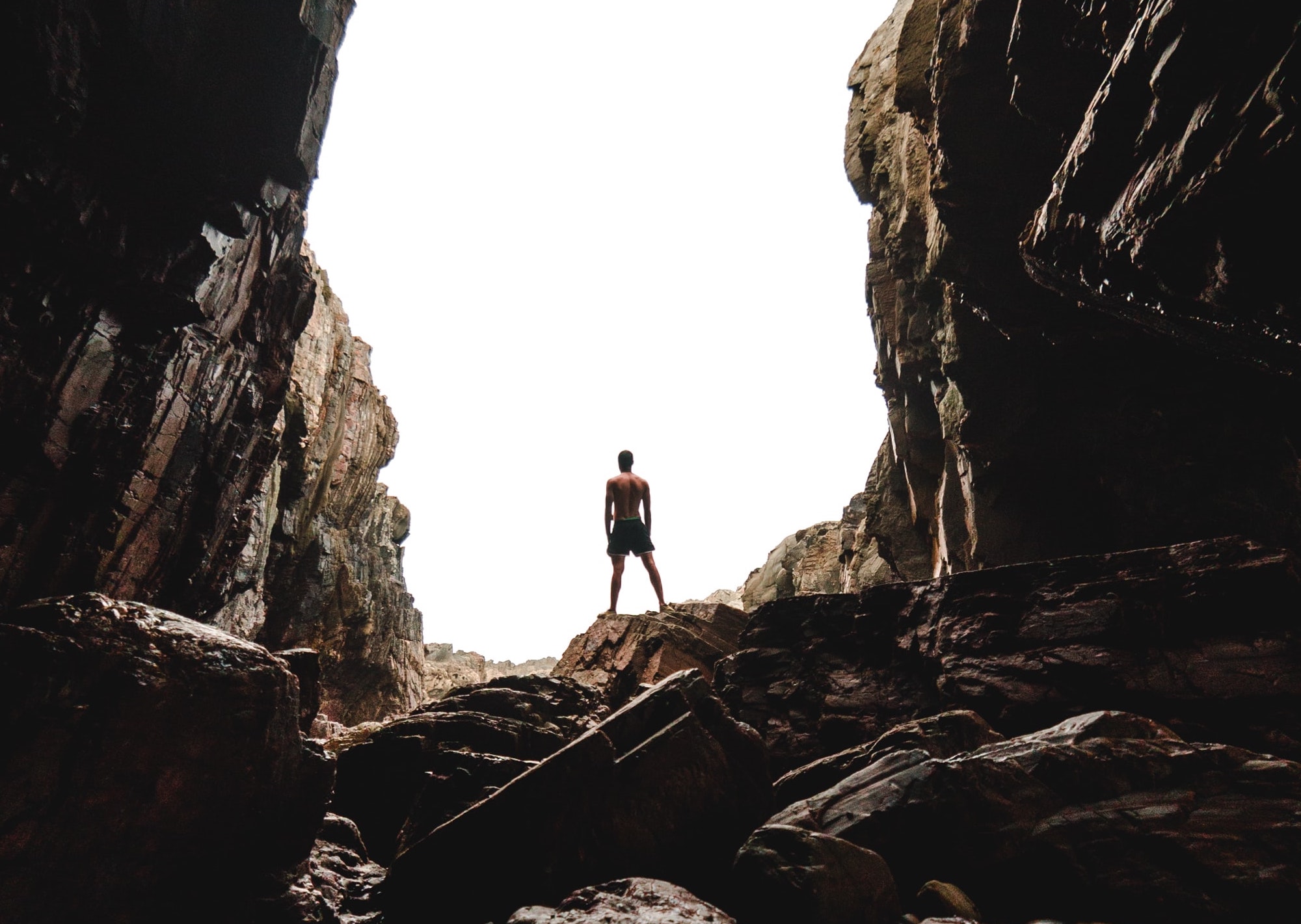 Anyone with access to the internet, television or radio can’t go more than a month without being bombarded by one of the hot topics of our time, such as feminism, the unfair oppression of minorities, LGBT rights or the issue of ‘toxic masculinity’.

If, for our parents, masculinity was related to attributes like virility, fortitude or bravery, for our children these same attributes seem to relate not to masculinity, but to toxicity.

To understand this, it is enough to look at popular culture where the stories we consume seem only capable of describing two extremes of the masculine ideal: the overbearing alpha male and the sympathetic beta.

The alpha male is defined by his strength. The reason for his success lies in the use of his power to achieve his goals at any cost.

The alpha male is dominant. He is the one who takes and does what he wants.

In the role of hero, we find him, for example, in the anarchic Tyler Durden (Fight Club), or in Don Draper (Mad Men), with his women and endless drinking. As a villain he appears as Frank Underwood (House of Cards) or as Joffrey Baratheon (Game of Thrones). At bottom, he is little more than the postmodern imagination of Nietzsche’s Übermensch, the Superman.

The beta male, by contrast, is the attempted balance created by current culture as a response to the excess of careless sex in James Bond’s life or the excess of violence in Wolverine. The beta male is Spiderman, the ‘nice neighbour’.

The beta male is kind, sympathetic, tolerant, caring and less dominant. He is a little boy who discovers he has magical powers.

We, the viewers, are torn between these two postmodern archetypes. Each of us accuses the other of being the real toxic male. And this is not only found in popular culture. In fact, as in any archetypal reality, it is constantly reflected in the real world. Hence, in the USA, Democrats accuse Trump of being the alpha male – too dominant, overbearing, the tough guy – and Republicans accuse Biden of being the beta male – gentle, tolerant, nice… and soft.

The contemporary viewer, whether in politics, film or literature, has to choose between the nasty strongman, who tells it as it is, and the nice, sensible man, who goes with the flow.

To bring true masculinity back into our culture, into our age, we have to rediscover it in a previous age. For that, as for so many other problems of today’s world, the wisdom of J. R. R. Tolkien is a good place to start.

The character Aragorn from The Lord of the Rings exemplifies true masculine virtue, not solely for his strength or for his gentleness, but above all for the combination of these two qualities in one identity.

In Aragorn’s character, all the false or incomplete models of contemporary masculinity disintegrate, precisely because Aragorn is simultaneously capable of being kind to those who need his kindness (think of the paternal charity with which he guides the little hobbits through a dangerous world, which is not their own), but also of using his sword, with all the necessary brutality, to cut into the guts of an orc to protect his brotherhood.

The man of character, or in other words, the true knight, is capable of violence to protect those who cannot protect themselves, though – as G. K. Chesterton reminds us – not because he hates what is before him, but because he loves what is behind him.

Aragorn is not the male character capable of anything, who undertakes alone the task of destroying his enemies in order to save the world. Aragorn, rather, defines himself by being in service of something greater and more important than himself, and it is in his dedication to this mission (that of helping Frodo destroy the ring) that Aragorn emerges as the true leader of the brotherhood, and ultimately as king – not by overbearing dominance or by winning the sympathy of all, but by true sacrifice of himself for the sake of the mission entrusted to him.

In other words, he is the model of the medieval knight. Ramon Lull, in his 13th century work The Book of the Order of Chivalry, describes all the virtues necessary for a true knight: faith, hope and charity; and justice, prudence, temperance and fortitude. These are the seven virtues of the Christian tradition. No wonder, then, that in the post-Christian (and increasingly anti-Christian) culture in which we live, these virtues which for centuries defined the ideal of masculinity have been lost.

The real man has been forgotten and his place has been taken by puppets, which are nothing more than echoes of true masculinity.

In The Lord of the Rings the virtues of the masculine ideal are gathered together in three characters: Frodo, Gandalf and Aragorn. These characters, in their triplicity, represent the three faculties of Jesus Christ on earth as described by Christian theology: that of Priest, Prophet and King.

Tolkien was a devout Catholic and although he always insisted there was no explicit religious allegory in his trilogy, his Christian faith permeates the whole work.

Frodo is the priest who offers his life in sacrifice, configuring himself with Christ on the altar of the mission to which he was called. Gandalf, through his wisdom, leads the fellowship, enlightening them in the darkness of their path. He is the prophet who transmits God’s plan and designs to his people.

When Frodo (like Job in the Old Testament), faced with the burden of suffering which is asked of him, asks, “why me?”, Gandalf reminds him that, though he may not know all the reasons, they exist and are part of a plan – a plan greater and prior to us all: “That is not for them to decide. All we have to decide is what do with the time that is given to us,” the wizard tells him.

Aragorn, finally, is the medieval knight par excellence who, through the humility of his self-surrender, becomes king of the peoples. His ascension to the throne, though legitimate, is not taken as a right but offered as a service.

Aragorn offers his strength, his virility, his leadership skills, but also – and most strikingly – he offers what he knows he is not capable of doing.

At the heart of his self-mastery is the awareness that there are forces greater than himself, greater than his own. When Frodo, tired of carrying such a heavy cross, holds out the ring in his hand to Aragorn and asks, “Would you destroy it?”, Aragorn has the chance to possess all the glory that any man would desire.

By his own hands, he would have destroyed the ring, he would have saved Middle Earth, and would have proclaimed himself king. And what does he do? He kneels before Frodo, refuses what he knows is a temptation and a burden both too great and too dangerous for him and answers: “I would have gone with you to the end, into the very fires of Mordor.”

All these characters, as figures of Christ, go through a form of death to fulfil their mission and help save Middle Earth. Gandalf dies in Moriah, and is reborn as Gandalf The White. Frodo dies to himself on the journey to Mount Doom to destroy the ring, and is saved in the end by the eagles. Aragorn crosses the Paths of the Dead and reappears in Gondor, where he will become king.

If modern man wants to find himself, he will not do so in the half-male figures of contemporary popular culture but in the great tales and myths of the past. For Tolkien, with his profoundly Christian vision, the greatest archetype of masculinity is to be found in the true and new Man, the real Priest, Prophet and King to whom we must all be configured, Jesus Christ.

This is a translated and slightly enlarged version of an article which first appeared on the website of the Instituto Sᾶo Teutónio: https://institutosaoteotonio.pt/ For the original article, click here.

Are you a big Lord of the Rings fan? Click here to listen to a recent podcast in which staff writer Sean Organ interviews a member of the Tolkien Society on the upbringing of J. R. R. Tolkien!

Miguel Sepúlveda is a Graduate Student of Orchestral Conducting at the Royal Northern College of Music, Manchester. He is originally from Portugal, where he is part of the formation/editorial behind www.institutosaoteotonio.pt