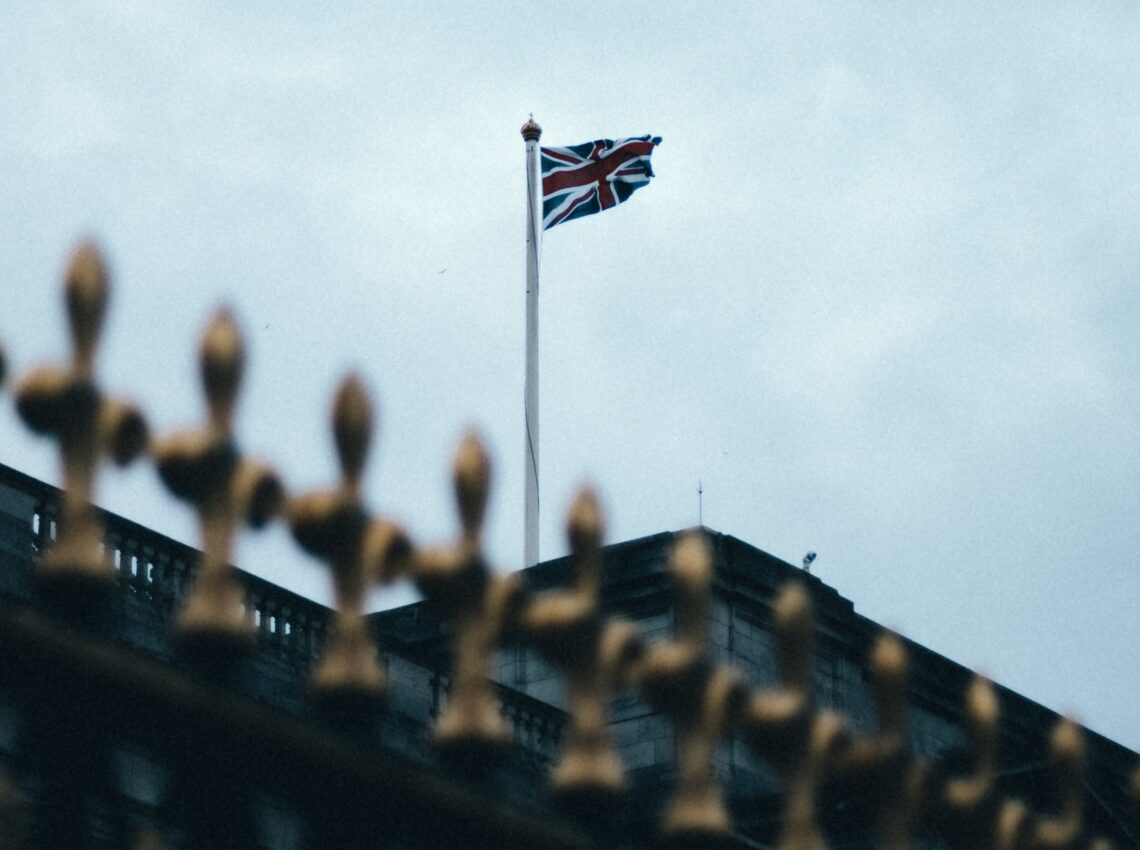 Alex Osborn gives Queen Elizabeth II a near perfect report card but has concerns about the future of the British monarchy.

“Famous have been the reigns of our Queens. Some of the greatest periods of history have unfolded under their sceptres …”

Sir Winston Churchill’s romantic words, spoken in his eulogy for King George VI, reminded his listeners that although the late King’s reign had passed into history, the new monarch’s reign had already begun. Little could Churchill or anyone else have known that the King’s successor, his 25 year old daughter Princess Elizabeth, would one day reach an unprecedented milestone of her own.

In February 2022 Queen Elizabeth II became the first British monarch to celebrate a Platinum Jubilee, in recognition of 70 years’ service as Sovereign. As someone recently remarked to me, this anniversary is not simply a ‘once-in-a-lifetime’ event but maybe a ‘once-in-history’ event.

The Queen is already Britain’s longest-reigning and longest-lived monarch, having surpassed Queen Victoria, her great-great-grandmother, in both respects some years ago. If the Queen is still alive in June 2024, she will officially become the longest-reigning sovereign monarch in world history, beating a record currently held by Louis XIV of France.

Whilst the Platinum Jubilee is undoubtedly a time to roll out all the traditional markers of royal commemoration which originated in the Victorian era – pageants, street parties, beacon lightings, national services of thanksgiving et al – it also presents a valuable opportunity to look ahead to the long-term future of the British monarchy.

It’s something the Queen is already doing herself. In a statement released on this year’s anniversary of her accession, among other reflections she finally resolved a contentious issue and ended years of fruitless speculation by acknowledging that her daughter-in-law Camilla, Duchess of Cornwall, should be styled  ‘Queen Consort’ when her husband Charles eventually ascends the throne.

Whilst the Queen’s personal popularity remains high, no one can dispute the fact that, in recent years, the Royal Family has faced a series of scandals and controversies which have presented the most severe test to its credibility as an institution since the turbulent Diana years of the 1990s.

Many have argued that it is impossible for the monarchy to recover from the consequences of Prince Andrew’s dealings with Jeffrey Epstein, or the fallout from Megxit and the Sussexes’ accusations that institutional racism constitutes the rotten core of the royal set-up.

On their recent tour of the Caribbean, the Duke and Duchess of Cambridge, a likeable couple accustomed to good press and warm receptions, were greeted by public protests and barely concealed hostility from government ministers seeking to sever ties with the British monarchy once and for all.

Images of the royal couple’s interactions with locals displayed awkward colonial overtones in nations now preoccupied with demanding public apologies, as well as financial reparations, for the legacy of slavery.

Even a Netflix drama series such as The Crown has enabled fresh doubt to be cast on the moral character of senior royal figures by a millennial generation too eager to interpret such fictionalised (and somewhat biased) re-imaginings of royal history as the unadulterated truth.

So how can the monarchy use this Platinum Jubilee to direct the public’s attention towards a more positive future? Had it not been for the personal respect and admiration commanded by the present Queen, it is easy to see how problems in recent years could have resulted in the monarchy sinking beneath a tidal wave of republican voices calling for its abolition.

After all, it’s hard – even for a fervent republican – to find much fault in an elderly woman who has doggedly carried out the same role for 70 years without making any (or very few) serious mistakes in a job she never wanted nor was destined to do in the first place.

But what if she weren’t there? Some of the deeper questions posed by recent criticisms become difficult to answer if the personality of Elizabeth II is separated from the concept of monarchy.

Has the monarchy found itself to be genuinely irrelevant and anachronistic in the 21st century, or is it just another victim of a current trend to review critically the past of every institution through the prism of colonial transgression, and publicly brandish these institutions’ failure to meet present-day standards of inclusivity and diversity?

The behaviour of Harry and Meghan since their departure from royal life poses a conundrum which is reminiscent of our fascination with the late Princess Diana. How do we understand the function of royalty today? Do we see the individual’s personal desires as distinct from the serious diplomatic and constitutional demands of the job, or should a royal person be held to the same standards as any other celebrity?

The British monarchy has shown a considerable ability to adapt and transform over the course of its history, and there is no reason why it cannot do the same today. The institution must accept that once Charles, and later William, succeeds to the throne, a number of things will need to be approached differently, without diminishing the Queen’s achievements or legacy.

A good way to start would be to streamline the Royal Family into a more ‘presidential’ package, something which Charles has already made clear is his wish.

The public face of the monarchy should ultimately be confined to the Sovereign and consort, the heir to the throne and spouse, and the children of the heir.

In a much less deferential world than the one in which the Queen came to the throne, it no longer seems justifiable for siblings, cousins, grandchildren of the monarch and so on to be styled ‘His or Her Royal Highness’ – HRH for short – and pay subsidised rents to live in royal palaces, particularly those who carry out few or no official duties on behalf of the Sovereign.

The finances of the Royal Family are continually under scrutiny from all sides – so why not dispose of the myriad of royal properties which appear to serve no identifiable purpose other than as office and apartment space for minor royals, and establish one shared office base at Buckingham Palace, and a home base at Windsor Castle?

Charles has also indicated that his Coronation ceremony will be significantly shorter and more inclusive of other faith communities than the Queen’s – a welcome announcement given that it would hardly seem sensible or appropriate to re-stage a ceremony which last took place in 1953 in an identical format during the 2020s.

Similarly, in a world where the equal status of men and women is paramount, the public role of the Prince and Princess of Wales, which William and Kate will become when Charles succeeds to the throne, needs to be re-thought and updated.

The heir to the throne and his spouse should both have some solo engagements and solo international tours, so that each are presented as individuals in their own right, and both should devote their energies to a smaller range of charitable initiatives so that the highest public profile possible can be focused on  those causes they choose to support.

Royal tours, particularly those to other parts of the Commonwealth, desperately need re-examining in light of William and Kate’s recent Caribbean debacle. Tours should not appear as last-ditch attempts to persuade once-compliant nations to remain within the Commonwealth embrace.

In that same eulogy for George VI, Churchill observed that the Crown was the ‘mysterious… indeed… magic link which unites our loosely bound but strongly interwoven Commonwealth of nations, states and races’.

Whilst these words were broadcast to a post-war audience who could largely still remember the heyday of the Empire, it seems untenable in the present day to suggest that the Crown continue to function as such. It must rather show greater acceptance of individual members’ freedom to choose whether or not to remain in the Empire’s new incarnation – the Commonwealth.

By also acknowledging that the British Sovereign should not necessarily serve as Head of the Commonwealth by default, the monarchy could help Commonwealth members be less troubled by their colonial past, and drop unrealistic demands for individuals to offer collective apologies over actions for which they bear no personal responsibility.

Such changes might appear drastic on paper but, if implemented in a measured and incremental way, they will ultimately help to ensure the survival of the monarchy once the Queen passes and republican voices inevitably gain new currency.

Unless the institution convincingly demonstrates that it can, and will, move with the changing expectations of its public, the monarchy will become like the Titanic sailing towards the iceberg.

It will find itself ploughing complacently through its chosen course oblivious to surrounding peril, all the while refusing to conceive that the unthinkable could happen.

Whilst responsibility for steering the monarchy away from danger must now be placed in the hands of her immediate successors, the Platinum Jubilee is an opportunity to recognise the qualities which have made the Queen an exemplary captain of the royal ship – a person whose evident dedication and commitment to her duty over the course of seven decades has taken her to a rare place in public life where she is virtually beyond criticism in the eyes of the vast majority. Famous indeed will be the reign of this Queen – and not only for its longevity.