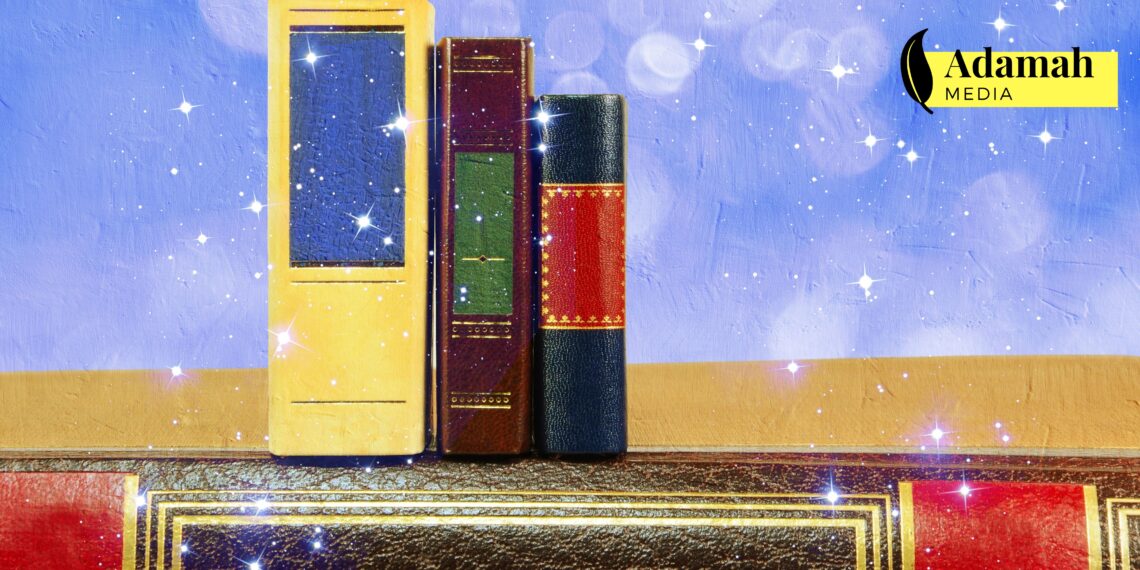 Small is beautiful, thinks Tascha Von Uexkull, at least as far as books are concerned.

This week, to prepare for a workshop, I’ve been reading all about miniature books. Defined as being about three inches tall, miniature books have been around almost as long as the earliest printed books in the 15th century.

Over the ages, they’ve been utilised for their practicality as highly portable objects. Apparently Napoleon never travelled without his trusty miniature book collection. They’ve been valued as objects of religious devotion, containing prayers and psalms within easy access, and almanacs read and then handed down to children to scribble in once the year was out.

They’ve been objects of pride and display as well as ones of concealment. In the 19th Century, the so-called Golden Age of Miniature booklets, the Victorians produced miniature guides on less socially discussed topics, such as the art of wooing a potential partner.

More recently, since the 20th century, their utility value has become less important than their marketing potential – to the extent that the smallest book in existence is Teeny Ted from Turnip Town, a children’s story etched onto pure crystalline silicon using an ion beam. It measures 70 by 100 micrometres or is, in other words, far too small to be read by the naked human eye.

My interest, however, was caught by the portable, private nature of some of these tiny texts. I’ve never carried a book in my pocket before (perhaps the curse of being a woman and never having clothing with pockets!) but its proximity to your skin and the ease with which you can access it renders the relationship between you and the book a close one, both literally and figuratively.

As I was binding my miniature book, I thought – which words or images would I like to carry close to me? Would it be a favourite verse from a poem, such as one from Emily Dickinson’s ‘Hope is the thing with feathers’, or a quote I regularly recall, such as Walt’s Whitman’s famous aphorism: ‘do I contradict myself? Very well then, I contradict myself. (I am large, I contain multitudes)’?

Would it be a reproduction of a painting I adore – El Greco’s Portrait of a Young Nobleman or Laura Knight’s A dark pool – or a family photograph crackling with memories? I wondered if the reproductions would do the paintings justice, or if I’d long for the originals. I wondered if I’d feel sadness as the photograph gradually faded and creased.

Or perhaps, a little self-indulgently, might I carry some words of my own? A pleasing phrase quietly formulated in my head or a few lines from a favourite poem I’ve penned: “I take fresh steps into the untrodden whiteness/The divide between different spaces is meaningless/Pavements become roads, roads pavements.”

In all this, it is not the words themselves that are important, but the memory they evoke. Leaving my home early in the morning and marvelling in the quietude, revelling in the privilege of being the first feet to make their mark on the freshly fallen snow. This is life, I remember thinking, as simple and joyful as this.

As I secured my final signature, I thought about the wisdom of these miniature books and the lessons they might teach us. Which words, images or memories would you like to carry close to you?