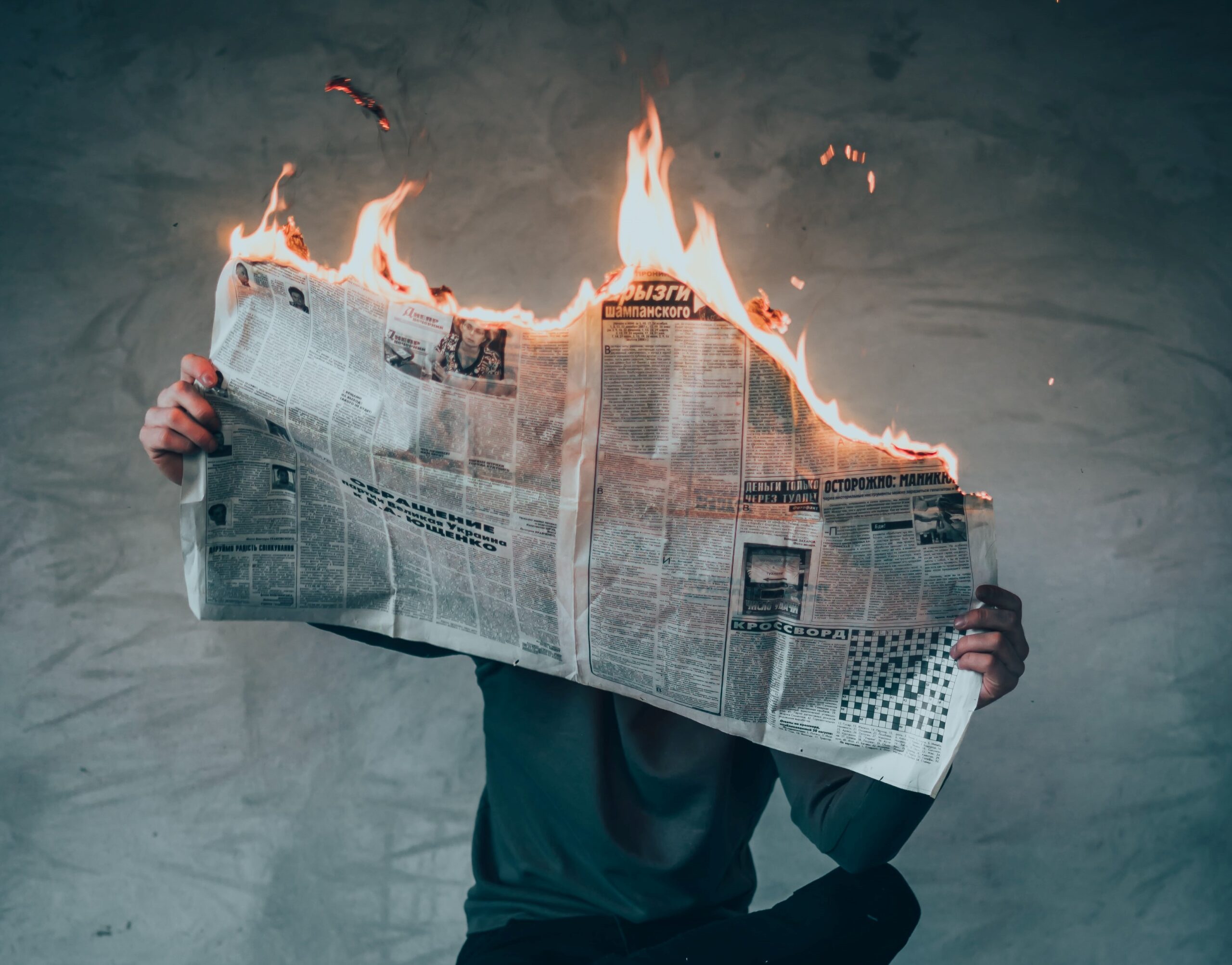 Thanks to the internet anyone can be a journalist. But has this really contributed to truth and social cohesion? Ronnie Convery learns from a master communicator that there is a better way forward.

I always wanted to be a journalist.  As someone put it, to have a front row seat as the parade of history moves past.

It was only as I grew up that I discovered that my ambition was one shared by 90 per cent of my fellow arts and social sciences undergraduates as they approached their final exams.

I admit the prospect of such stiff opposition for so very few openings discouraged me. Seeing the pressure for places I retreated from the field and sent off application forms to get a place on safer and more serious training courses for building societies and insurance companies.

The fact that four months into one of those “serious” jobs I felt smothered and trapped prompted me to get out while I still could.  A friend of mine – an elderly Scottish priest not known for half-measures – gave me a fraternal kick up the backside, and bluntly asked me … “If you want to be a journalist, what are you doing about it?”

The thought of going back to see him a few weeks later with nothing to say prompted me to knock on a few doors, translate a few articles, enter the zone of unease, and 30 years later, here I am still writing for a living … and never having regretted it for a moment.

Today, while competition to enter the world of newspapers and broadcasters remains fierce, the door to writing for an audience has never been wider open.

The internet has made everyone with an idea, an opinion or, alas, an ugly prejudice, a journalist.

The result has been an increase of opportunity, a new avalanche of information and articles … but at what cost?

A virtual world of fake news, vicious ad hominem attacks, distortion of truth, tribalism and culture wars … such is the battlefield we see arrayed before us in both the traditional broadsheets and scandal-obsessed tabloids, and the stench of hate poisons vast swathes of social media in the areas of politics, culture and religion.

Recently another elderly priest provided a series of suggestions which, if taken seriously, might go some way to healing the body politic and cleansing online debate from some of its poison.  In this case the advice came from an old priest dressed in a white cassock rather than the black cassocked cleric of my student days..

Pope Francis was speaking to Catholic journalists but his words have a wider relevance. They speak to all of us who write opinion columns – whether they be 260 character tweets, Times leaders, or lengthy Facebook reflections or rants.

His theme was: Together While Apart – which, he said, “eloquently expresses the sense of togetherness that emerged, paradoxically, from the experience of social distancing imposed by the pandemic”.

Quoting St Paul (now there would have been a man with a big twitter following!), he urged all of us who write to remember that we are “members of one another” (the quote comes from the saint’s letter to the early Christians in Ephesus), called to live in communion within an ever expanding network of relationships.

And then, he got straight to the point – rather like the old Scottish priest who shocked me into action all those years ago.

“Because of the pandemic,” he said, “all of us have come to appreciate this truth more fully.

“Indeed, the experience of these past months has shown how essential is the mission of the communications media for bringing people together, shortening distances, providing necessary information, and opening minds and hearts to truth. Today, as much as ever, our communities count on newspapers, radio, TV and social media to share, to communicate, to inform and to unite.”

How often (how rarely rather) do we reflect on that before writing an editorial, penning a letter to the editor, or firing off a destructive tweet, designed to blast away opposition rather than engage with alternative opinions?  I confess, I rarely do.  Mea maxima culpa … I should know better and I should do better.

As Pope Francis says, “We need media capable of building bridges, defending life and breaking down the walls, visible and invisible, that prevent sincere dialogue and truthful communication between individuals and communities.

“We need media that can help people, especially the young, to distinguish good from evil, to develop sound judgments based on a clear and unbiased presentation of the facts, and to understand the importance of working for justice, social concord and respect for our common home.

Here, in a few sentences, the Argentine Pope sets out a manifesto for improvement, one which can inspire, challenge, and yes, shame all of us who engage in public dialogue using social or conventional media.

He ends with a plea … “I ask you, then, to be united and a sign of unity among yourselves. Media can be large or small, but … these are not the categories that count… As in every body, it is often the members who are smallest who, in the end, are those most necessary…

“Communication, we know, is not merely a matter of professional competence. A true communicator dedicates himself or herself completely to the welfare of others, at every level, from the life of each individual to the life of the entire human family.

“We cannot truly communicate unless we become personally involved, unless we can personally attest to the truth of the message we convey…”

The vision set out is so noble it risks being labelled quaint by those who see culture wars as the normal modus operandi of 21st century society. But for those who seek to promote dialogue and engagement between apparent enemies, these words are a call to action.

As a master communicator himself, the Pope has a very penetrating insight into the power of words and images.

I remember asking an American journalist who regularly accompanies Francis on his foreign visits, if he was a somewhat innocent and occasionally bumbling old priest who had little understanding of the media, or a communications genius who understood perfectly the weight and impact of every word and picture.

She smiled at me and said, “Absolutely the latter …”

With that in mind we would do well to listen and reflect on his words, not only for their spiritual value but for their insight and human wisdom:

“Only the gaze of the Spirit allows us not to close our eyes to those who suffer and to seek the true good of all. Only with that gaze can we effectively work to overcome the diseases of racism, injustice and indifference that disfigure the face of our common family….

“Where our world all too readily speaks with adjectives and adverbs, may Christian communicators speak with nouns that acknowledge and advance the quiet claims of truth and promote human dignity. Where the world sees conflicts and divisions, may you look to the suffering and the poor, and give voice to the plea of our brothers and sisters in need of mercy and understanding.”

Concentrating on nouns not adjectives and adverbs: truth not value judgements; real facts not their misinterpretation; well-researched information about what actually happened, not superficial opinions based on scant knowledge.  There’s a radical programme for communicators.  One that risks demolishing walls and using the crumbled bricks to build bridges.  Now wouldn’t that be a story!