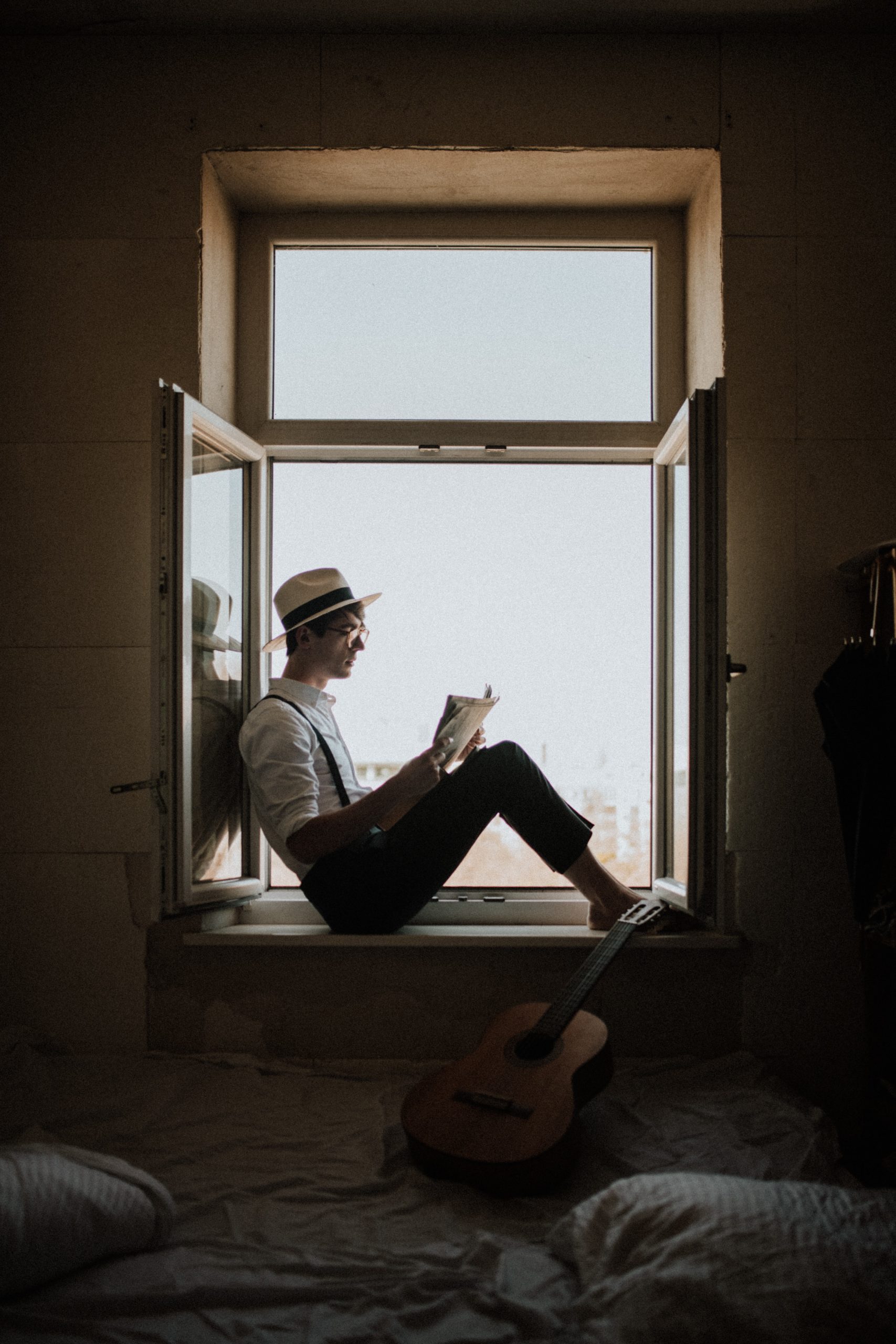 Prakarsh Singh opens some unread books around the house and ends up in some very strange places.

One of the unforeseeable consequences of the current ‘pause’ button which has been pressed on daily life is the return to popularity of the humble book.

Paperbacks bought carelessly at an airport while running for a flight, tomes acquired for study ‘when I get round to it’, or impulse ‘buy now’ purchases from a late night session on Amazon have now achieved a new lease of life.

Books as windows on the outside world are back in fashion.

Here are three picked up again in the brave new world of lockdown.

The Shallows by Nicholas Carr

The Shallows by Nicholas Carr is about the internet and how it’s crowding out our memory. I always had the nagging feeling that the web is changing the way our brains work. I used to think it was making us more like animals (enhancing our reptilian brain) and less human (shrinking our prefrontal cortex). The reality it seems is more nuanced. Plasticity is the normal ongoing state of the nervous system throughout the lifespan. We crowd our time for reading when we go on the internet (except when visiting Adamah, of course!). According to the author,

“to read a book was to practice an unnatural process of thought, one that demanded sustained, unbroken attention to a single static object.”

Carr argues that the internet inherently creates a bias toward the short term dopamine rush, and in the process makes us shallow thinkers void of singular intelligence. We think about the immediate, get easily distracted by hyperlinks, are unable to exercise deep thought, and become unable to route the deep conceptual synergies in our brain.

Such superficial mental processes develop through constantly accessing websites like Google. They can hamper original thought arising from applying new knowledge to past experiences and old knowledge, hinder our ability to create connections and in turn, negatively shape how we learn.

Our intellectual prowess is derived largely from the schemas we have acquired over long periods of time. We don’t make personal connections with others the way we used to, and lose the power that serendipity brings when we allow our choices and decisions to be driven by algorithms. The advertising industry survives on click bait and we are its mole rats.

“Calm, focused, undistracted, the linear mind is being pushed aside by a new kind of mind that wants and needs to take in our information in short, disjointed, often overlapping bursts – the faster, the better.”

The book does get repetitive towards the end and also some of the writing seemed to be a distillation of research articles. Nevertheless, it makes for an enjoyable read which encourages you to go on airplane mode more often.

The Forest Unseen by David Haskell

Another book I have picked up during lockdown is The Forest Unseen by David Haskell. In it, Haskell studies a small piece of land – which he calls the Mandala – through the whole year from January to December making detailed observations. This Mandala is located in an old growth forest in Tennessee. Haskell meditates on what he observes (given his occupation as a professor of biology), listens to the bird-songs in spring, the winds and the leaves in autumn, noticing beauty in the smallest of creations and wondering how everything is connected and impermanent. This book is a window into his mind as we become part of his awareness of this patch of land.

As the seasons change, Haskell observes poetically how animals, birds, trees, leaves, flowers, microbes, fungi and insects have learned to adapt and co-evolve.

Haskell’s attention to detail makes the book not only a naturalist masterpiece but one that tugs at your heartstrings. His focus on a bird’s mating song or plumage or meal (chickadee, woodpecker, hawk, titmouse, warblers, vireos, tanagers, kinglets to name a few) and its relationship to the immediate environment is delightful. The dimensions and extent of synergy present in the tiniest of microbes is fascinating.

Questions you never thought of asking are answered in these pages… How fungi and algae co-exist and coalesce in lichens. How mitochondria and DNA are the relics of primitive species. Why are snowflakes the same shape as pomegranates? Why did birds evolve to have down feathers? Why do spring flowers sprout before the onset of summer? How do flowers trade off their nectar’s sweetness with the labour required by an insect to get it? Why is compost good for seeds? Why do many organisms (including trees and snails) end up with two sexes (male and female)? What gives a moth the power to camouflage? How do katydids and cicadas sing? What determines the shape of a leaf? What causes a firefly to light up?

We analyse the mosquito’s eggs getting food from Haskell’s blood (he doesn’t flick it away!) before that mosquito ends up in a snail. The snail’s shell ends up in a bird so as to power its flight. Finally, the bird’s carcass becomes part of the soil that feeds the forest. This is a snapshot of nature’s inter-relationships. As Haskell says,

“science, done well, deepens our intimacy with the world.”

The writing is breathless at times, as nature’s processes are given a novelist’s makeover: “The wasps’ frenzy has a sharp purpose. They hunt for caterpillars on which to lay their eggs. Wasp larvae will creep out of the eggs and bore into the caterpillars’ flesh, then larva will eat the caterpillar, slowly, from the inside out, leaving the vital organs until last. The caterpillars live stoically on, feeding and digesting leaves even as their lives are stolen from within. These hollowed-out caterpillars therefore make excellent hosts, continually replenishing what the parasite robs.”

Thoreau-esque in its method of being amidst nature and Wilson-esque in its scientific writing, The Forest Unseen is a book that will leave a deep mark on your nature-loving soul: you will never see a tree, bird or snail the same way again.

Finally, I wanted to read a book on the natural history of birds, and I was certainly in for a treat with The Feather Thief by Kirk Wallace Johnson. It kept me on the edge of my seat for the two days that it took me to consume it cover to cover. The character range, in-depth fly fishing research, and the engaging repertoire of the author is commendable. Wallace provides historical context by describing the feather fever that gripped the Western world in the late 1800s and early 1900s.

“...when the Titanic went down in 1912, the most valuable and highly insured merchandise in its hold was 40 crates of feathers, second only to diamonds in the commodities market.”

We are taken back to the 19th century art of fly fishing that was popularized by George Kelson in The Salmon Fly. For the uninitiated, this involves artfully wrapping a trout fly with the feathers of exotic birds such as the Blue Chatterer, Birds of Paradise, Golden Pheasant and the Fruitcrow. Each decorated fly’s ‘recipe’ is considered a masterpiece that takes tens of hours to prepare.

While most fly-fishers substitute the exotic birds’ feathers in these recipes with dyed chicken ones, using originals is the real deal. This art-form finds a modern genius in a virtuoso flute player, Edwin Rist, who, being a perfectionist, has a weakness for wrapping flies with authentic feathers. The story takes us through Edwin’s trials with himself, the law and the author as he successfully carries out the heist of the century.

The book explores the mind of a man wondering how a crime can be justified but has wonderful and enthralling diversions in discussing Alfred Russel Wallace and his adventures, who came up with the theory of evolution before Darwin but has always remained in the shadow.

The unravelling of the plot contrasts vainglory in pursuit for the elusive feathers with the ethical and long-term concerns of ornithologists. It also shows the author’s idealistic obsession and detective work while uncovering the truth.

The art of fly-fishing can be thought of as hunting tropical birds for fishing but the search for the perfect mix of bird feathers results in an underground market, with its own culture and rules. The lesson for me was that treating fashion as an art can do irreparable damage, recklessly damaging nature, especially if there are no constraints.

However, I left this spectacular thriller with little sense of closure and so I hope there will be a sequel to it.

My favorite quote from the book:

“In one of the stranger intersections of animal and man, the feathers of brightly coloured male birds, which had evolved to attract the attention of drab females, were poached so that women could attract men and demonstrate their perch in society. After millions of years, the birds had grown too beautiful to exist solely for their own species.”