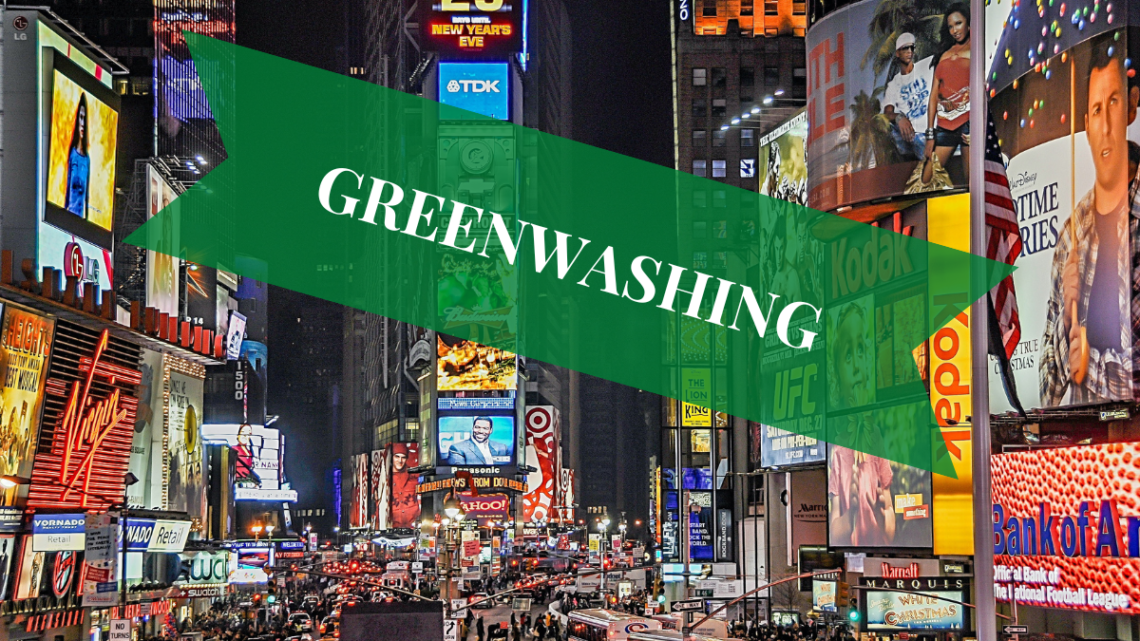 Jason Reed reveals the truth about marketing campaigns designed to mislead the consumer.

Over the past few years, awareness and concern around environmental issues has skyrocketed. In the UK, for example, a 2019 Ipsos Mori poll found for the first time ever that a majority of Britons are ‘very concerned’ about climate change. On countless other green issues, too, people across the Western world are more conscious than ever before of the harmful impact humans have on the planet and ways we can reduce it.

Unfortunately, there are some who seek to take advantage of this valid concern to inflate their own profits. Many corporations are guilty of ‘greenwashing’ – promoting questionable or even factually untrue claims about how eco-friendly their products are, or misleading consumers into thinking their purchases are helping the planet when, in reality, the situation is often rather different.

Greenwashing made the headlines in June when UK supermarket giant Tesco had an advert banned for exactly that reason. The ad, which had already aired on TV, radio and online late last year, claimed that a Tesco veggie burger was ‘better for the planet’. The Advertising Standards Authority (ASA) cracked down hard, saying Tesco did not even know the full lifecycle of the burger and was therefore unable to claim it was better for the planet than its meat-based equivalent.

Tesco backtracked fast. They claimed they never said the product was ‘wholly sustainable’ and that they had not made ‘absolute environmental claims’. They conceded that the ‘complex production processes’ involved in making some plant-based products could ‘theoretically’ result in them having ‘a similar or greater negative environmental impact than basic plant ingredients, or a meat-based alternative’.

The Tesco ad broke the rules, according to the UK’s Advertising Standards Authority (ASA), so it was banned. But even if Tesco had managed to stay within the letter of the law, it seems fair to say they did not comply with its spirit. They were happy to lead their customers to believe that the veggie burger was better for the environment than a meat-based one, even when they knew they did not have the evidence to back it up.

Tesco is not the only brand to be caught green-handed.

The practice of greenwashing is widespread. Up to 40 per cent of green claims made online could be misleading consumers, according to  research from the Competition and Markets Authority (CMA).

In the fashion industry, more than half of all green claims are misleading, according to the Changing Markets Foundation. Similarly, the dairy-free milk sector is rife with greenwashing – both Oatly and Alpro have had their own clashes with the ASA over adverts.

But perhaps the most frequent casualty of greenwashing is palm oil. Because of a concerted campaign from long-time palm oil sceptics, it has acquired a reputation in some quarters for being bad for the planet. For instance, supermarket chain Iceland once teamed up with Greenpeace to make a TV advert claiming that buying products made with palm oil causes deforestation and robs orangutans of their habitats. The ad was banned – and Iceland recently started using palm oil in its products again – but the villainization of palm oil continues.

In recent years, countless brands have started plastering phrases like ‘palm oil free’ and ‘no palm oil’ on their product packaging, the implication being that because manufacturers have avoided using palm oil, consumers can relax in the knowledge that the orangutans are safe and there has been no undue impact on the natural world. The reality, though, is quite different.

A huge range of products, including many foods and cosmetic items, need oil, and palm oil is often the favoured choice. That’s because it is cheaper and more land-efficient than alternative oils like sunflower, rapeseed, soybean and olive. Since palm oil uses much less land to make the same amount of product and therefore requires far fewer trees to be chopped down, it is much better for the planet than other oils, which sometimes require six to ten times more land.

The palm oil situation is good, and only getting better thanks to continuing pressure on the industry to reduce its impact on the planet even further.

For instance, deforestation from palm oil has fallen to a four-year low. According to the Worldwide Fund for Nature (WWF) innovation within the palm oil industry has been very successful in making its production even more sustainable, and consumers concerned about the environment are much better off buying products which use sustainable palm oil than avoiding it altogether.

As a result, the idea that keeping their products ‘palm oil free’ means manufacturers are helping the planet is demonstrably false. By using other oils which take up more land and require more deforestation, a ‘palm oil free’ product can often be worse for the environment than products which use the contested oil.

Consumers often have no idea about any of this. And why would they? After all, it would be unreasonable to expect them to know the ins and outs of vegetable oil production.

But all the same we should be able to shop in the knowledge that we are not being misled by blatant greenwashing. Brands have a responsibility to minimise their impact on the planet and to be honest and upfront with their customers. Demonising palm oil helps no one, orangutan or otherwise, and shameless greenwashing is becoming a new challenge for the careful, ethical shopper.