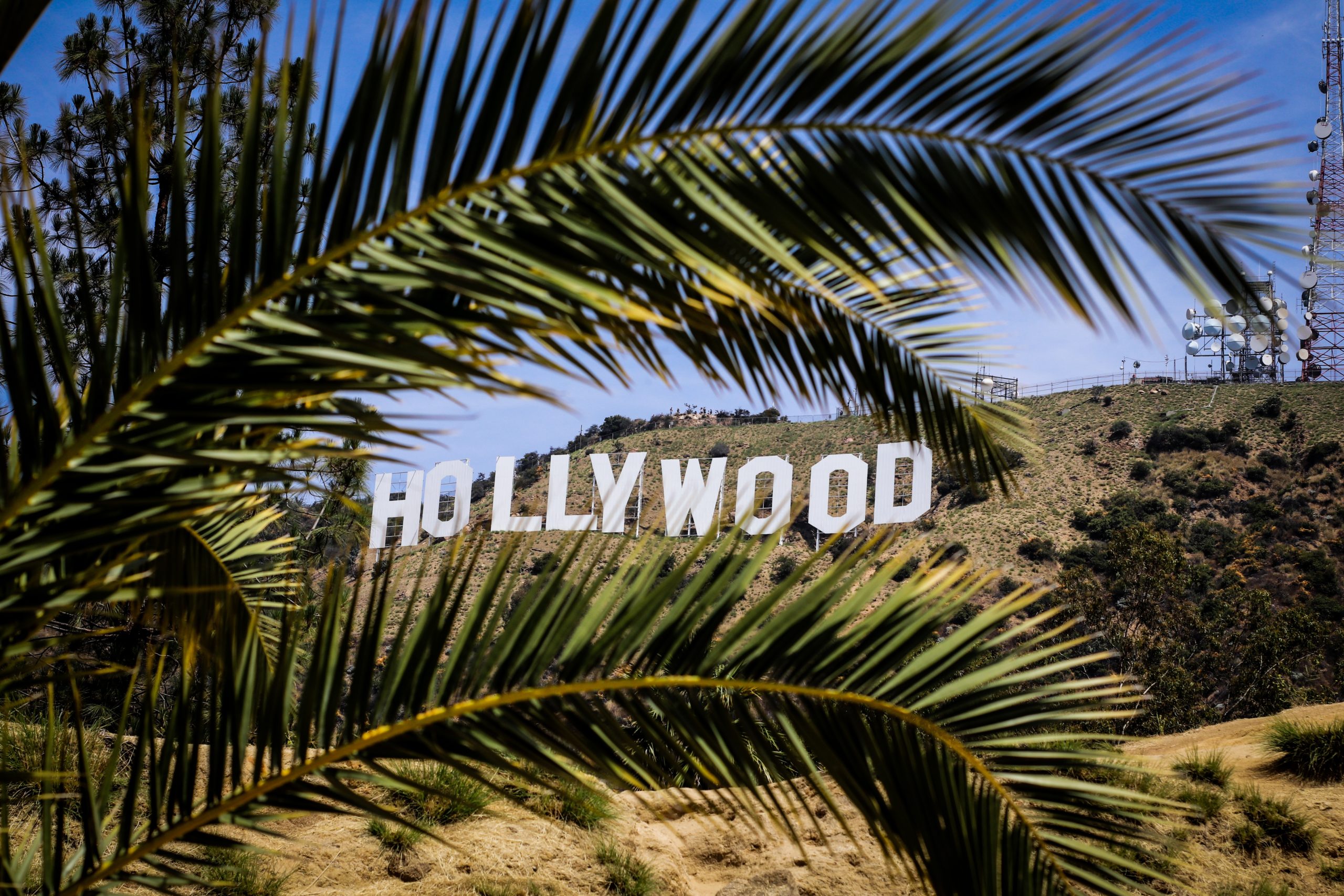 Timothy Reckart is an American animator and director based in Los Angeles, who produced the Oscar nominated Head over Heels in 2012. A specialist in puppet stop motion, Timothy also directed The Star, a computer-animated film based on the birth of Jesus. Here Tim talks with Ladislav Maluch about his technique, breaking into Hollywood, and living out his faith in Tinseltown.

Q: Can you give us a little introduction as to where and how your passion for animation started?

I had been interested in filmmaking since the age of 10. Throughout my childhood I made movies with my five siblings using my mother’s camcorder. But I never experimented with animation until my freshman year at Harvard, when I took an elective in stop motion animation, more out of curiosity than anything else. I discovered that I had a knack for animating, and that I actually liked it, whereas most of my classmates seemed to find the slow process tortuous. Understandably, I think! I kept coming back, ultimately taking an animation class for three of my four years at Harvard. By graduation, I was committed to animation as a career path, and I decided to pursue it as a graduate student at the UK’s National Film & Television School.

Q: In the early stages of an arts career earnings are limited. How long did it take you to get your first paid work and what was the process of getting your foot in the door of the industry?

I worked three unpaid internships in animation while I was a student. One was at a small commercial company in Oregon, and the other two were at Aardman Animations in Bristol, England – the birthplace of Wallace and Gromit. Those were helpful introductions to the culture of the film industry, and I definitely thought it was cool to be working alongside professionals, but neither internship led to a job at those companies. I had a hard time breaking in, even after my short film was nominated for an Academy Award. I was living in New York at the time, and even though I was constantly looking for work, the only gig I found was a freelance project that lasted a few weeks in the summer. After a year and a half of that, I moved to Los Angeles, and a couple weeks later I found a full time job as an animator. So I think the most useful thing I did to break in was moving to Los Angeles, where there is so much work for animators that it’s a lot easier to find an opening.

-A scene from Head over Heels-

Q: What was your very first real job in the field?

Setting aside the small freelance gigs I had been doing since my undergraduate studies, my first “real” job was as a character animator on the independent film, Anomalisa. My timing was lucky, since they had just had a bunch of animators move over to a competing project around the time I applied. I had a blast. It was amazing to finally get paid to work on a movie!

Q: How important was your formal education to get you where you are now?

I concentrated on history and literature at Harvard, with animation being just a secondary field for me. I purposely decided not to study film when I started college, because I wanted to take advantage of a liberal arts education while it was available to me. And I also felt that film school could teach me how to make movies, but it wouldn’t teach me what to make movies about! I haven’t used any of the content that I studied in history and literature – I still haven’t made a movie about Hernan Cortés or Buffalo Bill – but the writing and research skills I acquired have been useful to me every day, in so many ways. I think the value of a liberal arts education is getting trained in processing information and expressing your ideas, more than any particular subject you study.

Q: You have made it to Hollywood and you’ve produced some amazing projects that earned you many awards including an Oscar nomination. What keeps you grounded?

Even while I was at the Oscars, there was this little voice in my head saying, “Yeah, great, but you still don’t have a job…” I don’t think there’s time to sit back and rest on your laurels. It’s always about what the next project is, and trying to make it better than the last one.

Q: Your short film Head Over Heels  is one of a kind. What inspired you for the story as well as the unique representation of it?

There’s a Rembrandt painting called “The Philosopher in Meditation,” which has this interesting spiral staircase. It struck me, and I thought it was interesting that it looked like a staircase on both sides, top and bottom. That led me to the idea of a house where the two people disagree on which side is the floor and which is the ceiling. And from there, I started exploring why they ended up that way, and what they would do about it. And that’s basically the story you see in Head Over Heels.

Q: You have also directed a computer-generated imagery (CGI) film The Star which tells the story of the birth of Jesus from quite a new angle. What was the most challenging thing working on this digital animation compared to your puppet animation work?

I was totally new to the process of computer animation when I started on The Star, but actually, from the standpoint of the director, it isn’t all that different. My focus is on the performances, the storytelling, the emotions… And the animation technique, whether it’s computer generated or stop motion or traditional animation, is just a tool to get there. I think the biggest challenge for me was the scope of the project – it’s one thing to direct a 10-minute short, it’s a very different thing to direct an 85-minute feature.

Q: Can you tell us roughly how long does it take to animate a puppet for five seconds of screen time?

It depends on the project. On Anomalisa, which had very delicate, finessed movement, the quota was two seconds a day, per animator. On a TV show, the quota might be eight to 10 seconds a day per animator. So five seconds would be a reasonable quota for a full day of animation on the average feature film.

Q: I understand you are a practising Catholic. Apart from the The Star, in what other projects were you able to express your faith and your Christian beliefs?

I try to make sure that I don’t sequester my Catholic beliefs just to Sundays when I’m at church. It affects how I wake up in the morning, how I interact with my wife and kids, and how I do my work. In that sense my faith is more than just a set of beliefs, it’s my entire worldview, it’s part of how I think about everything. And so I think I can’t help but come from that place on everything I work on. Of course, it was particularly explicit in The Star, since that’s a movie about the Holy Family, but all my projects reflect some sense that we are imperfect beings who long for paradise – and although we sometimes get to glimpse it, we’ll never fully inhabit it in this life.

Q: Apart from the creative skills that you’ve acquired by study and experience, did  you receive any formation that helped you to become who you are now?

Yes, definitely. I would first point to my parents, who raised all of us with a desire to do as much as we could with the talents we were given. And since leaving home to go to university, I’ve benefited from the guidance of several priests and lay Catholics who have given me spiritual direction (in Boston, in London, in New York, and now in Los Angeles). I think the struggle for virtue is like learning to play the piano. In theory, it’s possible for you to teach yourself and eventually to become really good. But it’s a lot easier if you have a coach. And that’s why I really value spiritual direction.

Q: What advice could you give to people who are starting their career in alternative creative industries?

A big one is to put yourself as close to the opportunities as you can. In my case, that was moving to Los Angeles; for other people, it might be moving to London or New York or wherever, depending on where you are and what it is you want to do. Everyone knows that luck can be a big factor in getting a career started. Well, you can’t control luck, but you can give yourself better odds if you can multiply the opportunities. The other side of the coin is to make sure you aren’t preventing luck from striking.

If you work with a bad attitude or you aren’t friendly, then you are guaranteeing that you will never get lucky.

Q: What advice could you give to people who made it to the top of the career ladder about living their faith in their work, particularly in such a morally-challenging atmosphere as Hollywood?

My experience has been that being a person of faith in Hollywood is a much bigger obstacle in my head than it is in reality.

It’s easy to get worried that people will react badly if they find out you’re religious, or if you have to do something different because of your beliefs, or whatever – and then to let that fear prevent you from putting yourself out there. Every time I’ve just taken a deep breath and said what I was worried about saying, the people I worked with were very thoughtful and accepting. I think about DeVon Franklin, who was one of the executive producers on The Star. DeVon celebrates the sabbath on Saturday, which for him means that he doesn’t work on Saturdays, doesn’t take phone calls, doesn’t answer emails. And you could imagine that this might be a huge problem for people. Maybe someone like DeVon might feel fear about being judged. But in fact, everyone was totally okay with it and worked around it. It wasn’t an issue at all. The reason is that DeVon is great at his job. He’s well-respected and well-liked, and if people want to work with you, they’ll accommodate you.

What are you working on now?

Well, my newest project was just announced this past December! I’m directing an animated musical for Netflix called High in the Clouds, based on a children’s book by Paul McCartney, who is writing original songs for the movie. We’re still very early in the process, so most of our work is still under wraps, but I’ll just say for now that I am loving it. It’s a wonderful opportunity to dive into Paul’s music and to tell a story worthy of his amazing artistic legacy.

Q: How do you spend your free time?

We just had our second baby – also in December, so I haven’t had free time in a while!

For the particularly keen, here are three short videos in which Tim talks about his career as an animator.