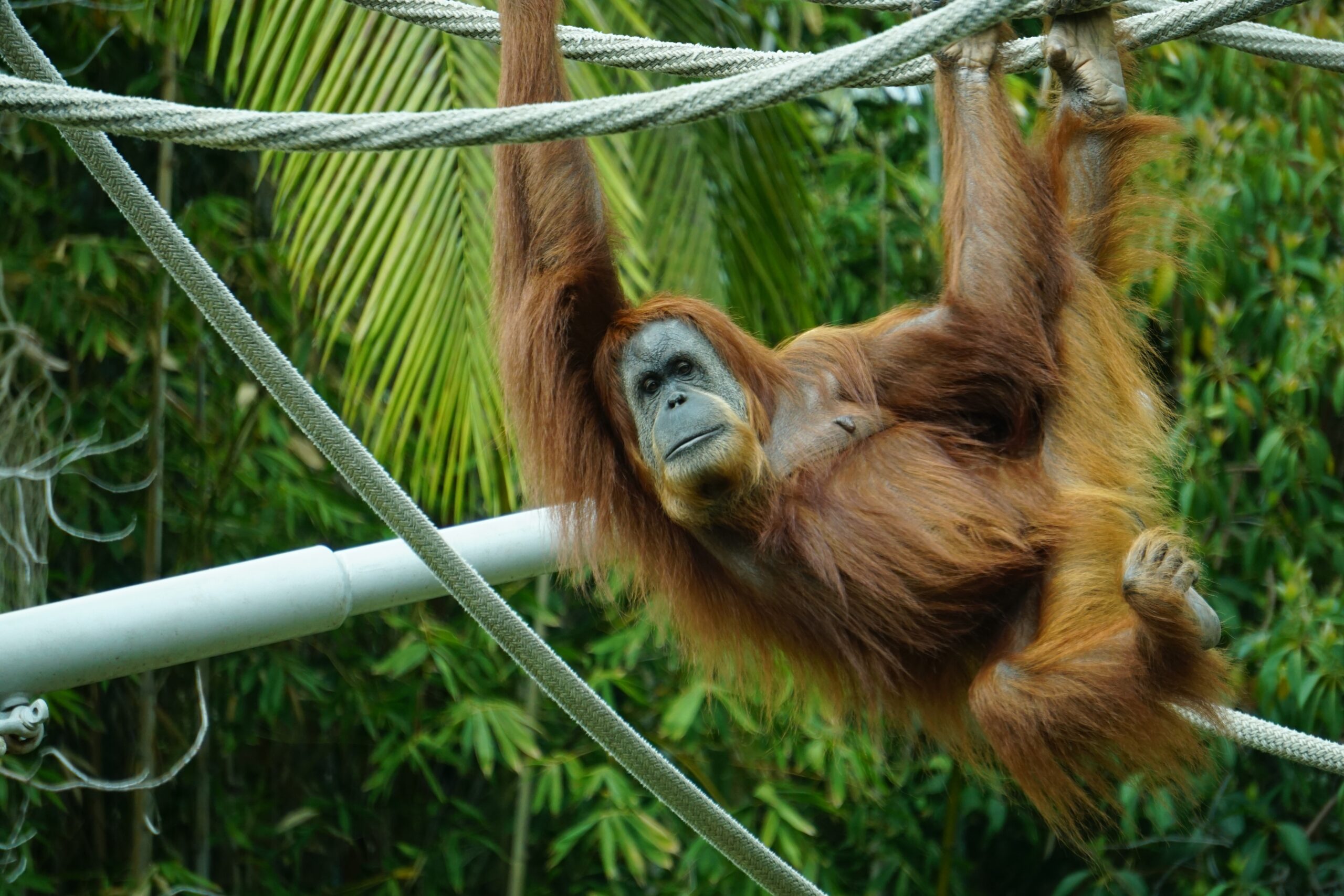 Prakarsh Singh rejoices in a visit to the exotic creatures of Seattle’s animal wonderland.

My four-year-old son sprang sprightly out of bed on Saturday morning, for the two of us were going to the local Woodland Park Zoo in Seattle (wearing masks, maintaining social distance and carrying hand sanitizers!).

In the first exhibit, we were fortunate to see two Asian otters – the male lying on his back in a shelter next to a stream and the female bringing grasses to their shared home. In the same enclosure, a tortoise stood still in contrast to the energetic female otter.

As we marched ahead, we came across a patch of trumpet pitchers and my son, who is fascinated by carnivorous plants, remarked, “I can see the pitcher’s digestive juices and look, there goes a fly!” Nice!

While there has always been a moral question around the imprisonment of animals, zoos have become better over the years at giving them space, enrichment, company and ethical (non-live) food.

While humans have been able to colonize glaciers and rainforests and do so across seasons, most animals are found in the wild, in habitats and countries that four-year-olds may have never heard of. The Malayan tiger. The Javan rhino. The Canadian lynx. These names cement in their mind an irrevocable link between location and animal. As adults, we are primed by our news reports to link places to politics. Not quite as enticing as the beauty (even in the names) of the Brazilian macaw or the Australian wonga pigeon.

Animals’ diet is intimately linked to the geography of their native habitat. John Muir once remarked that grizzlies eat everything except granite. However, sloth bears get 95% of their calories from insects. While reading about this through an animal atlas can provide information to a young child, visiting a zoo can help forge links that help to value biodiversity in a visceral manner.

Cultivating a sense of environmentalism and resuscitating that primordial link of humans to the wild calls for time-constrained urbanites to go look into the eyes of a grizzly, a capuchin, an owl and a hippopotamus (which literally means a ‘river horse’). And they might even look back. Where can we do this all and more in a day?

Zoos provide a deep appreciation of time and how species change their behaviour, appearance and sleep patterns.

Elk shed their antlers in spring. Marmots, squirrels and chipmunks hibernate in winter. The snow owl hunts during the day. Chinchillas and porcupines are active at dawn and dusk (crepuscular activity). Springtime is when you can see birds building nests but the bald eagle’s enormous nest lasts for several years.

Koalas sleep up to 22 hours in a day, whereas walruses can go for 84 hours without dozing.

Many of these interesting nuggets can pass into a child’s cortex while ambling leisurely through a zoo. A zoo can also teach him or her about the range of interspecies relations (oxpecker and rhino synergies), mating behaviors and sexual dimorphism (otters and flamingos mate for life, and thus male and female are similar in size) and group behavior (the wolf-pack or solitary snow leopards).

The link between predator and prey in the lifecycle sustains environmental equilibrium and ecological diversity. Information about this lifecycle is sketched out in zoos (or should be if it’s not). One nugget … Habitat for fish and birds in the Yellowstone National Park declined from 1926 to 1995 due to over-breeding by the elk. By introducing wolves in 1996, the park helped to restore balance in the ecosystem through a cascade effect. As the elk and coyote population declined, beaver colonies rose from one to 12 and beaver dams have led to thriving aquatic life which in turn has made birds abundant.

I wondered if there was a way to quantify the economic value that zoos have generated since the Regent’s Park Zoo opened to the public in London in 1847. (I am an economist, after all.) So I did some research.

Globally, it is estimated that 700 million people go to zoos every year (10% of the population of the planet!).

The average adult entry price to a US zoo is $12 (i.e. the willingness-to-pay of a person for a visit to the zoo is at least $12). Assuming this as a simplified benchmark, zoos generate consumer welfare of at least $8.4 billion every year.

But this economic estimate underestimates the value of a father and son wolfing through a snack on the zoo grounds, the sense of amazement at seeing the laughing kookaburra actually laugh, or our wallaroo-style hopping back to the parking lot. And all this with a new sense of optimism that despite the onslaught of a pandemic caging us in, the spirit of biodiversity and naturalism isn’t dead, or not just yet …