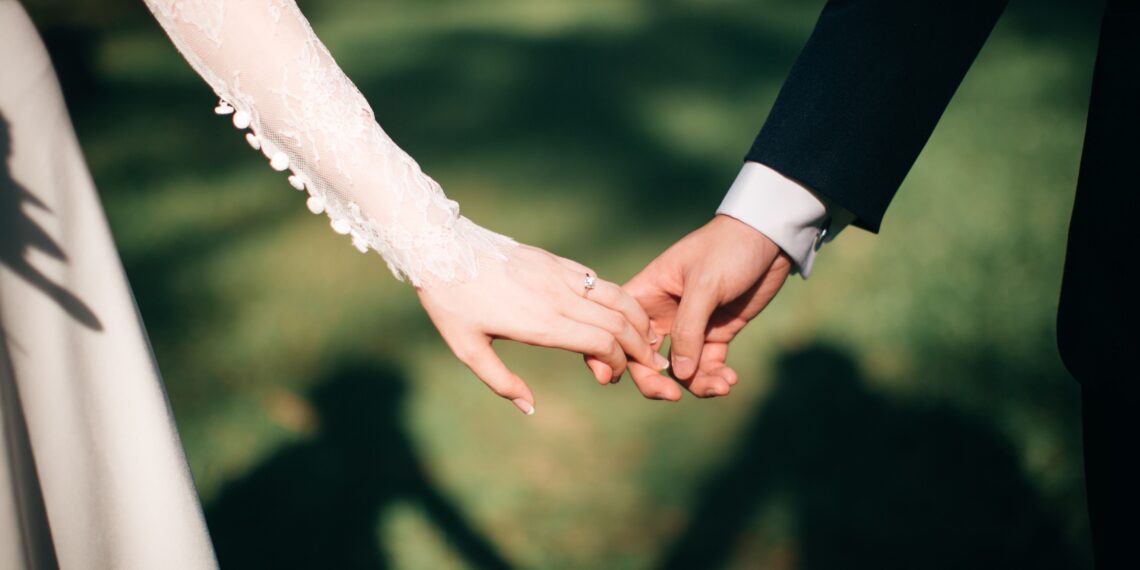 In this provocative article Sophia Worringer makes the claim that old-fashioned marriage is best for both women and children.  Read on and see if you agree ….

Cohabitation is the fastest growing – and now the most popular – family type for parents in Great Britain. Last month, the Office of National Statistics (ONS) reported for the first time ever that more children were born to unmarried mothers in England and Wales than were born to married ones. In Scotland this has been the case for almost a decade. Throughout Western Europe similar patterns are present.

This new vogue in parenting is bad news for children and women alike. When it comes to stability, marriage and cohabitation just don’t compare.

That’s not to say happy, lengthy cohabitation is impossible, just that it’s statistically unlikely. While outliers exist, the majority of relationships follow a similar trend: more than half the time, cohabitation ends in parental separation.

And simply put, parental separation hurts kids. It’s associated with decreased children’s wellbeing and greater likelihood that a child will drop out of school. Worse, there’s a direct correlation between children who’ve experienced parental separation and criminal conviction, over-consumption of alcohol for boys and increased emotional difficulties for girls.

Having married parents has an immense impact on children’s physical and mental health, school attainment, and social and emotional development. It’s for this security, presumably, that 84 percent of parents in the top quintile of income – including the wonks of Whitehall – are married. Yet the UK Government remains shy of even talking about marriage.

While it’s tempting to see these statistics as a function of income levels alone, that’s not the case. Reports still show that family structure (or its lack) still affects children’s behaviour, even when accounting for income. In other words, bad behaviour is directly correlated to their parents’ break-up.

Thankfully, it’s becoming fashionable  to acknowledge this correlation, and championing marriage is no longer the exclusive drumbeat of traditional conservatives or moralistic traditionalists. Marriage is a modern feminist issue. For example, consider Louise Perry, New Statesman journalist and proud feminist, who is adamant that marriage and civil partnerships protect women better than any other relationship type. Her recent book on how the sexual revolution has failed women even got rave reviews in the Guardian.

Without the commitment marriage solidifies, men in heterosexual relationships are given licence to have sex with no-strings attached, with the women picking up the emotional and financial bill for child rearing.

Nearly 40 percent of parents (almost all of them men) who are compelled by a court to pay child maintenance to an ex-partner pay nothing at all. Often, it’s women left holding not only the baby, but also the bills.

Additionally, compared to unmarried mothers, married mothers are less likely to experience domestic abuse or psychological distress, and are less inclined to smoke, use recreational drugs, or suffer from depression. Perry argues that for women to have true equality in a relationship, they should get married.

Of course, some relationships (including married ones)  do need to come to an end. In these cases, divorced people have the formalised court process to protect their interests, ensuring house, assets and children are fairly shared between the couple. Those who cohabit and then break up have no such legal protections. Cohabitees have no automatic right to inherit from their deceased’s partner’s estate and can be landed with a huge inheritance tax bill.

All families, in all shapes and sizes, should be celebrated. Couples should be free to choose the relationship they want to pursue and make informed choices about their own lives. But a choice is less free if it’s falsely presented. Marriage is only barely incentivised in the tax system, it’s penalised in the benefits system, and it’s often vilified in popular culture. Policy makers should be delighted to have a policy solution that improves outcomes for children, encourages men to be active and present fathers, and promotes female equality. That solution is not cohabitation – it’s marriage.

Sophia Worringer grew up in Istanbul and Liverpool and moved to London to study history at King’s College London, where she graduated with a first-class degree and an award winning dissertation. Since graduating she has worked for a Conservative Member of the House of Lords on a Government commissioned report on family ties for women in prison. Sophia then wrote a report for Centre for Social Justice on marriage and now works for a Senior Conservative MP on issues ranging from foreign policy to social justice.