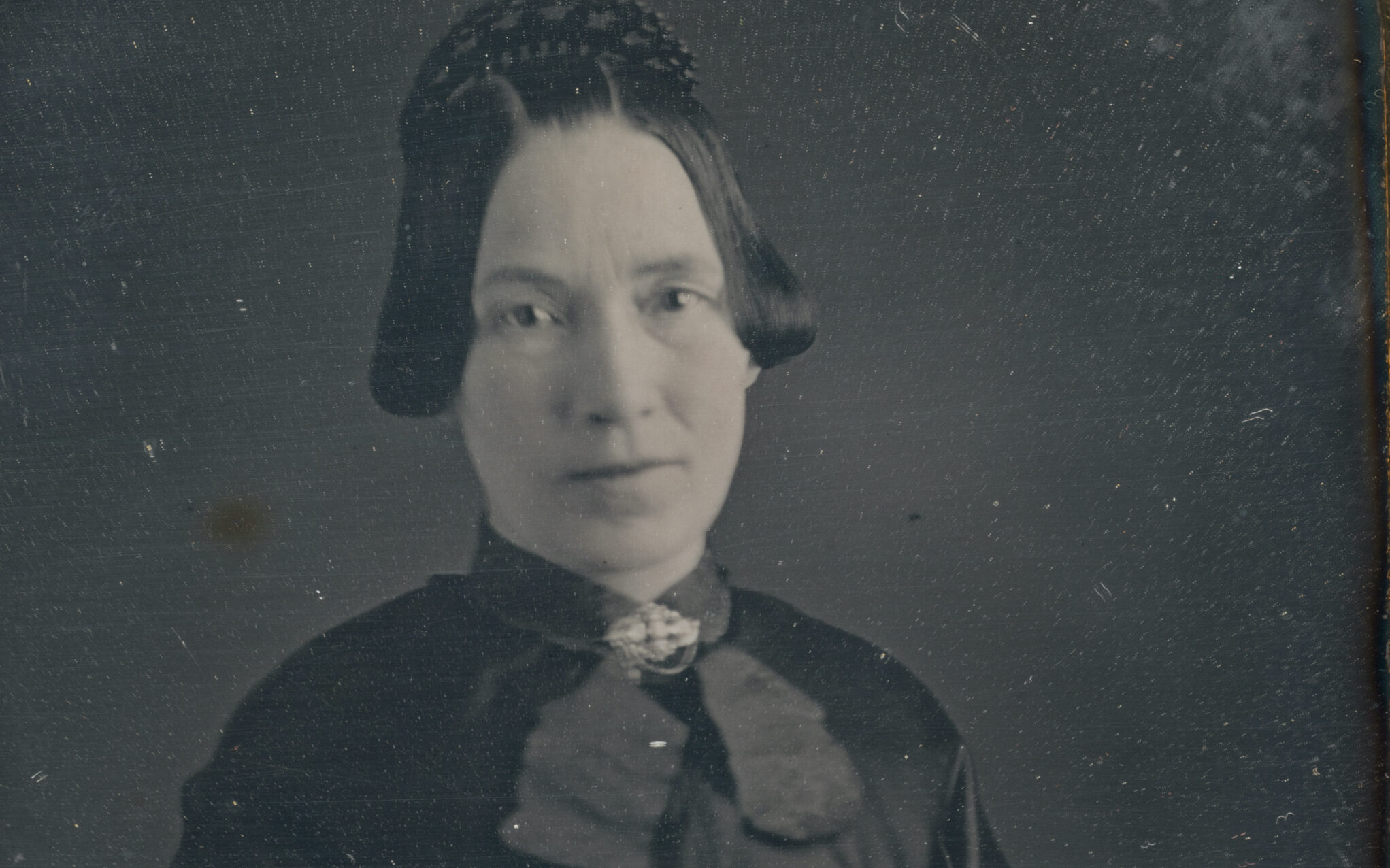 Adam Brocklehurst examines the single life in fact and fiction.

I have been reading Arnold Bennett’s 1908 novel The Old Wives’ Tale recently. What strikes me is just how good it is and how little the dialogue seems to have dated, not something that can be said of many books of that vintage.

The story concerns the tribulations of the Baines women-folk: the mother, Mrs Baines, and her daughters Constance and Sophia. The protagonists are the doyennes of the family draper’s business; hardworking, dignified, not to be trifled with and, most importantly, successful working women. What’s most impressive is that the success is not attributed to anyone else:  what they achieve is through their own efforts as single women.

Although Bennet drew on the memories and realities of his own youth spent in the Midlands of England for his characters, it’s not always wise to mix fact with fiction.

Exceptional people and events are not always representative of the wider picture, or of what the reality was for the majority.

That being said, happenchance or serendipity will sometimes raise a knowing eyebrow in my direction and toss me a bone that is impossible to resist.

Such a moment came my way recently when I was visiting Liverpool, best-known as the birthplace of the Beatles, and for its fine architecture and successful football clubs. It was a sunny late afternoon and I had a few hours to spare before my train home arrived, so I took a stroll down into St James gardens in the shadow of Adrian Scott’s massive Gotham City-like Anglican Cathedral.

The Grade One listed green space around it was originally envisioned in 1829 as a dramatic neoclassical garden cemetery, set in a picturesque ravine. It boasts an elegant Grecian temple (the mortuary chapel), catacombs and great funereal ramps, leading to the streets high above.

As I passed through an atmospheric tunnel cut through the natural sandstone, I noticed a modest grave marker and paused to read the epitaph:

To The Memory of

this life on the 6th Day of January

This Tablet was erected by THOMAS

CLIFTON ESQUIRE of Lytham Hall, by

whom and by whose family her worth and

long and faithful service were highly

appreciated, and who sincerely deplore her loss.

This intrigued me and I did a bit of investigation.

Lytham Hall still stands. It is, I guess, exactly what people living outside Britain would imagine if asked to describe the perfect small English country house: a Georgian red brick cube with white, neoclassical columns. It is adjacent to the coastal town of Lytham St Annes, in Lancashire, on the Ribble estuary.

It was until 1963 the ancestral home of the prominent Clifton family, great landowners and recusant Catholics whose faith had survived the upheavals of the Protestant Reformation. Thomas Clifton, however, ‘abjured the errors of Romanism’ and broke with the Catholic Church, becoming a prominent Protestant. His descendants, who would later pursue various eccentric roads including world exploration, occultism and careers in Hollywood, ignored their precedent and returned to Rome (it was believed by some that the Cliftons were the inspiration for the Flyte family in Evelyn Waugh’s Brideshead Revisited).

It was under Thomas’s stewardship that ‘Mrs’ Mary Giles entered employment with the Clifton family.

Like most housekeepers Mary never in fact married, and is recorded bluntly as ‘spinster’ in the records, the ‘Mrs’ being seen as purely honorific.

Mary was, in fact, a single working woman.

From later Cliftons we get a sense that life at Lytham Hall was unconventional, and of course the religious dissent would have only added to the dynamic. What ideas might Mary have been exposed to as she oversaw the day-to-day management of the house? She was employed at a time when the suffrage of woman, the abolition of slavery, Chartism, and much else were being hotly discussed in the drawing and dining rooms of homes throughout the land. Perhaps she saw a place for herself in this newly egalitarian society.

What we do know is that sometime prior to 1840 Mary made a life-changing decision in order to ensure her future security on her own terms.

A new branch railway line was to open between Preston and Lytham, both coastal districts in the county of Lancashire in the North West of England. The required capital was £130,000 with shares costing £50 apiece, and she decided she would invest £100 (close to £10,500 today) in the project. This may have been near to two years’ wages for her (typically a housekeeper’s entire yearly salary was between £60 and £80).

Clearly it was an enormous sum for Mary and a great gamble during a time when a woman’s nest egg might be the only thing between herself and complete destitution.

According to the somewhat quixotic Mrs Beeton’s Book of Household Management, the reputation of a good housekeeper rested on her excellent skills as a book-keeper and her understanding and recording of the minutiae of the household accounts; in other words, she had to know her numbers and have a certain ability to analyse and calculate risk. It would seem that this too applied to Mary.

Her involvement in the venture was so unusual it was published in the local papers, for all the world to see. As housekeeper to Lytham Hall, one of the great houses of Lancashire, Mary was a person of status, a figure held in high esteem by the upper, middling and working classes. She was also a trusted servant of Thomas Clifton Esquire, a man central to the new plans for the railway. Her involvement could, therefore, only add legitimacy to the project, and would almost certainly calm the anxieties of potential investors.

Whatever her precise motivations were for investing, they have been lost to time. However, it’s perhaps likely Mary saw a future outside domestic service and this may have been her preferred escape route. The new railways would, for the first time, link the great industrial towns and cities with coastal areas, meaning working people would be able to enjoy holidays by the sea.

By the time of her death, enterprising hoteliers in the towns surrounding Lytham had already begun organising travel links from the new train stations to their businesses, the very first package holidays.

It wasn’t unusual for a former housekeeper to put her experience and her money to best use and open a small hotel or guest house – the new seaside resorts nearby offered even greater opportunities for an enterprising businesswoman to make a life for herself, to become an employer rather than an employee.

Sadly, Mary didn’t live long enough to fully enjoy what must have been a healthy return on her investment; she was taken ill as the year began in January 1843. It’s possible the local physician was called to Lytham Hall, Mary would have had her own comfortable bedroom and sitting room, and he would have been ushered in by Hetty Clifton, wife of Thomas and mistress of the house.

After examining her the doctor may have shook his head and said that only specialist treatment would save her, and she was, by all likelihood, taken in haste by train to Liverpool, using the very railway she had invested in. It was unfortunately too late and she died the very day of her arrival.

The chief mourners at her funeral would probably have been her aristocratic employers, followed by her family, such were the social conventions of the day (though her elderly father was the beneficiary of her entire £800 legacy).

In an unusual move her obituary was published in the local papers. Unusual because Mary was a single, working woman, in a society that still regarded the importance of a woman only in relation to her husband, father or son. But of course, it was recognition that she was much more than this.

She was an astute businesswoman, a trusted employee, a respected member of her community and a woman of means, a woman with her finger on the very pulse of life in early Victorian Britain.

Remaining single has an air of failure about it, not helped by fictional characters like Bridget Jones desperately seeking Mr Right as her 40th birthday looms, or worse, Dickens’ Miss Havisham, jilted and poisonous, actively seeking to destroy the happiness of others. It needn’t be so. There are people now as then, who will remain, or find themselves single, for a whole host of reasons, personal choice not being the least of them.

As is clear from the example of Mary Giles, no archetypal spinster, the single life is not a reason to curtail a person’s options. Mary appears to have found her place in life, been loved, respected and genuinely mourned. She had her dreams and goals, and could count her brief life as a success. That’s quite a testament, and one we could do worse than try to emulate it, if we too find ourselves living the single life.

Did you enjoy this piece by Adam Brocklehurst? Why not take a read of his previous piece for Adamah Media, in which he reflects on the powerful artwork of Lucien Feud.