The golden rule for effective and enriching dialogue is simple to state, but devilishly difficult to put into practice, as Andrew Scott found out.

One of the frustrations of contemporary culture is the polemical nature of so much discussion. We all understand that conflict makes for good drama, and that grabs people’s attention, which is why politicians, activists and the media are all drawn to it.

Difficult and complex topics are frequently discussed in a heated atmosphere, with each side exhorting the other to listen, and complaining that the other side doesn’t understand their position.

Clearly, if we wish to increase understanding, our own or other people’s, this is a poor approach. It tends to polarisation, and that tendency is greatly increased when identity politics are involved, leading to the ‘cancel culture’ – those who dissent must be silenced.

What is useful and indeed salutary, though, is to consider one’s own behaviour when it comes to debate.

It is not just politicians and activists who fail to communicate well in highly conflictual situations. It is nearly all of us; the result being that all parties feel frustrated, and possibly angry, at not being heard or understood.

The intensity of that emotional response is because an even more fundamental human need is being transgressed: the need to feel valued.

Nancy Kline has just published a new book: The Promise That Changes Everything. This new publication builds on her previous work in Time to Think and More Time to Think in which she champions a radical commitment to listening as a way of helping others to think better. The ‘Promise’ in the title of her new book is the promise not to interrupt!

The claim that promising not to interrupt changes everything is a big claim, but one worthy of exploration.

To understand why that promise has such an impact on the way we relate to each other, we need to consider what happens when we do interrupt.

In a context where the emotional stakes are high, such as when we know we are strongly attached to a view that may be challenged by others, interruption may have a drastic effect.

The amygdala, that area of the brain that is permanently scanning our environment for danger, will read such an interruption as a threat. The result is that our fight or flight response is stimulated, more quickly than we are likely to be aware, and adrenalin and related hormones are released into our system.

These not only prepare us to fight or run away; they also divert oxygen from the pre-frontal cortex, so our cognitive functioning may be reduced. The cumulative effect of all of this is that we may snap back at the interruptor (fight) or give up on the conversation (flight).

In either case, we are likely to be irritated, not only with the interruptor, but also with ourselves, as we have not handled the situation as well as we might have wished.

This response, known as an ‘amygdala hijack’, is so fast and so overwhelming that without serious training and self-discipline, it is very hard to over-ride it. What Nancy Kline claims is that by creating the right conditions for dialogue, we can pre-empt the problem. Her ‘thinking environment’, which is how she describes the set of conditions she has identified that enable truly effective listening, is designed, amongst other things, to calm the amygdala.

I have long been interested in Kline’s work, and have been trained by her and others in the practice of creating a ‘thinking environment’ in a variety of contexts. At a recent meeting of students of her work, we decided to run a fairly extreme experiment (and Kline refers to this in her new book, in the chapter on polarisation).

The experiment was to see what happened, and what benefits might flow, if two people with opposing views discussed a topic about which both felt strongly, without interrupting each other.

So we chose a couple of topics that often lead to arguments that degenerate quickly. One was Brexit, and the other, abortion. I was directly involved in the abortion discussion.

When the discussion was due to start, I noticed that my heart was going a little faster than usual, but otherwise I felt fine. And Nancy Kline set the context, the ground-rules and managed the process so well that I quickly relaxed and was able to engage in the discussion.

And that was where it got interesting…

The process required that each of us should talk for a couple of minutes, and then pause and listen to the other, seeking to give the highest quality of attention, motivated by a curiosity about the other’s point of view, and a real desire to understand it. And of course, we were both quite clear about the absolute prohibition on interrupting.

As a conversation, it worked remarkably well. The ground rules and the process meant that each of us was able to think out loud, honestly and at ease; we each gave calm and reasonable expression to our strongly-held views; and also we each really listened to the other.

We then talked again, and listened again, and so on. The effects of this simple process were many, and all of them good.

One was that I felt that I gave the most honest and lucid account of my views on the topic that I have ever managed to achieve. Sometimes, talking about such a polarising issue, knowing that I hold a view that will be strongly opposed by others, I can adopt a tone and style that I don’t like.

One question I had asked myself at the start of the day had been: How can I ensure that I bring my very best self to this conversation? This process made it easy to do so.  The respect and interest of my interlocutor ensured that. And I hope (and think) that was reciprocal.

It also removed the risk of demonisation of the other from the discussion; something that is normally all too prevalent in such polarising conversations. For example, there were a couple of things that the other person said that I could have rebutted triumphantly, had I been intent on the point-scoring that often characterises such discussions.  And I imagine that the other person noticed some such opportunities presented by what I said.

Because the focus was on understanding, rather than winning, such an approach simply didn’t seem helpful.

And what that meant was that we were both able to hear and recognise the humanity that underpinned the other’s point of view; and that we actually learned from each other and understood each other better at the end of the conversation.  The net result of which was that we both found that we felt better disposed towards the other at the end of the conversation than at the start; even though we continued to disagree about something important to both of us. That is, I think, a rare and valuable outcome.

The other benefit of this approach was that those listening to the conversation heard a much richer, more reflective and more thought-provoking discussion than they would otherwise. A significant number thanked me afterwards, saying that this topic was never discussed; or that they had never heard the kinds of points I had made and that it had really stimulated them to think further, and so on; and of course I saw many people approach my opposite number, and (I assume) make similar points.

It sounds so simple, and yet is so profoundly difficult. It is difficult for a few reasons. One is simply habit: this is not normally how we interact around conflict-ridden topics. Moreover, there is that deep-seated unease: are we legitimising the other’s point of view by failing to refute it? Even by allowing it to be expressed? Do we cede ground by acknowledging any validity in anything our opponent says? Is it collusion, or worse, to be friendly with those with whom we profoundly disagree?

All of these concerns are misplaced.

We know that the common alternative, shouting each other down, is not constructive in any sense.

We know that it is better, both in absolute terms, and in the context of trying to influence others, to build trust rather than mistrust, where that is possible. We know that we are most likely to make progress, of any kind, if we can establish common ground.

We know that the psychological principle of reciprocity means that if we want to be truly heard, we would do well to listen with positive intent. We also know that honest communication, which means honest listening as well as honest talking, is foundational for any serious discussion of differences.

What Nancy Kline’s work does is provide some simple (though hard to implement) frameworks for that. The most foundational one is to commit to that promise: I won’t interrupt you. And if you can elicit that promise from your opposite number while making it yourself, you will find that you are already transforming the possible ways in which you can discuss your differences. 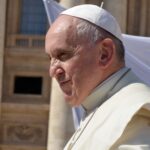 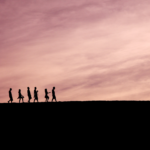 About the Author / Andrew Scott

Andrew Scott is a professional coach and facilitator, who works with universities, commercial and third-sector organisations, provoking smart people who are tackling difficult problems to think better. His 2016 book, Shifting Stories, looks at the role of our internal stories in shaping our understanding and response to reality; and illustrates how to help people to shift unhelpful stories and replace them with more helpful ones.