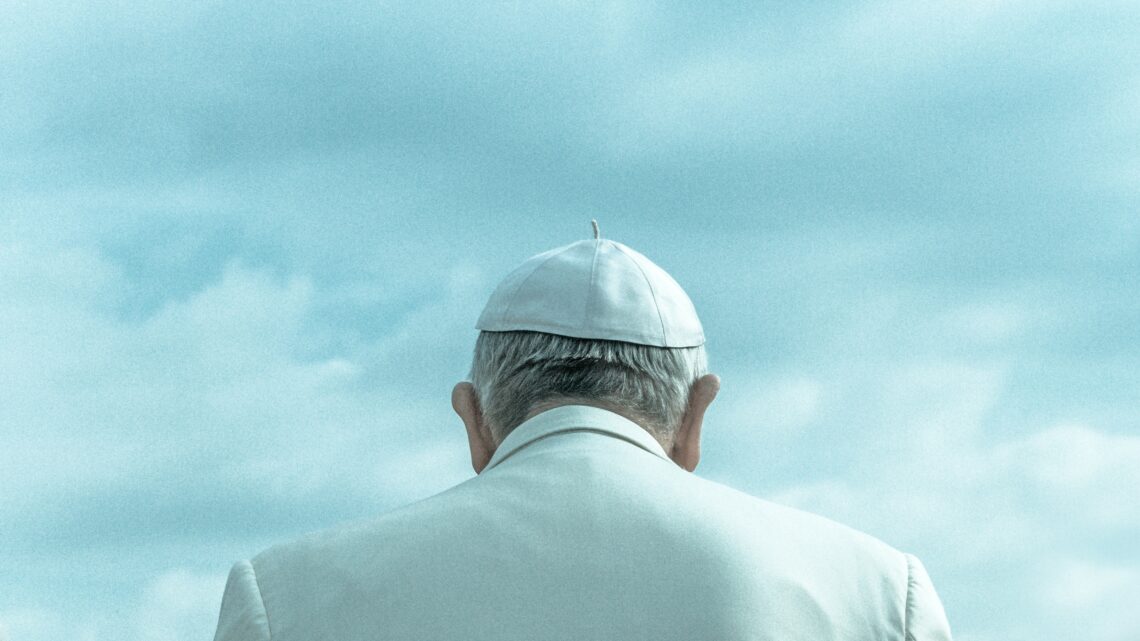 (7 minute read) Mike Lewis learns from Pope Francis’ recent trip to Canada that the courage to say sorry is often the way to a better future.

Recently, Pope Francis apologized to Indigenous Canadians for the Catholic Church’s role in the abuse of children at residential schools. Many of these schools were operated by the Church and funded by the Canadian government as part of a concerted effort to assimilate Indigenous People into European-Canadian culture.

In the residential school system, children from the Indigenous community would be separated from their families and sent to live in boarding schools, where they were trained to abandon their ancestral and cultural traditions, including their native languages. Many of these students suffered other serious forms of abuse at the hands of Church officials.

This formal apology was delivered in the presence of a large crowd of Indigenous People in Maskwacis, Alberta, the site of one of Canada’s former Catholic Church-run residential schools. Pope Francis said to those who were gathered, “I have come to your native lands to tell you in person of my sorrow, to implore God’s forgiveness, healing and reconciliation, to express my closeness and to pray with you and for you.”

The Pope spoke about the significance of the place where they were gathered, and how it evokes painful and traumatic memories for many of them, and alluded to the fact that some in the community were not happy about his visit.

He said, “The place where we are gathered renews within me the deep sense of pain and remorse that I have felt in these past months. I think back on the tragic situations that so many of you, your families and your communities have known; of what you shared with me about the suffering you endured in the residential schools. These are traumas that are in some way reawakened whenever the subject comes up; I realize too that our meeting today can bring back old memories and hurts, and that many of you may feel uncomfortable even as I speak.”

Francis quoted the words of holocaust survivor Elie Wiesel, saying: “The opposite of love is not hatred, it’s indifference… and the opposite of life is not death, it’s indifference.” The Pope said that speaking about the suffering was a necessary part of asking for forgiveness, and he noted that remembering ‘the devastating experiences that took place in the residential schools hurts, angers, causes pain, and yet it is necessary’.

Pope Francis noted how the abuses described to him by Indigenous People had caused great harm to their families, communities, and traditions: “Again, I think back on the stories you told: how the policies of assimilation ended up systematically marginalizing the Indigenous Peoples; how also through the system of residential schools your languages and cultures were denigrated and suppressed; how children suffered physical, verbal, psychological and spiritual abuse; how they were taken away from their homes at a young age, and how that indelibly affected relationships between parents and children, grandparents and grandchildren.”

Describing his journey as a ‘penitential pilgrimage’, Francis noted that an apology is a ‘first step’ in healing the wounds, saying: “Today I am here, in this land that, along with its ancient memories, preserves the scars of still open wounds. I am here because the first step of my penitential pilgrimage among you is that of again asking forgiveness, of telling you once more that I am deeply sorry.”

He then apologized for specific acts committed against the Indigenous Peoples by representatives of the Church: “I ask forgiveness, in particular, for the ways in which many members of the Church and of religious communities cooperated, not least through their indifference, in projects of cultural destruction and forced assimilation promoted by the governments of that time, which culminated in the system of residential schools…

“It is painful to think of how the firm soil of values, language and culture that made up the authentic identity of your peoples was eroded, and that you have continued to pay the price of this. In the face of this deplorable evil, the Church kneels before God and implores his forgiveness for the sins of her children.

“I myself wish to reaffirm this, with shame and unambiguously. I humbly beg forgiveness for the evil committed by so many Christians against the Indigenous Peoples.”

In recent decades, the lack of a formal papal apology has been a source of tension between the Canadian Church and the Indigenous community in the country. There are also many who have called for the Church to make financial reparations for the damage inflicted on Indigenous People and their families. Naturally some are cynical about the Pope’s visit, and others have been disappointed by his words and actions thus far.

The Calgary Herald has pointed out some of the criticisms of the papal visit. These include:

Despite these potential shortcomings, Pope Francis has repeatedly said that his visit is just a ‘first step’ in a journey of healing and reconciliation that may take generations. Many of the Indigenous People present at the papal events—especially those who are Catholic—have clearly been moved by Francis’s words and actions.

America Magazine’s Vatican correspondent offered his thoughts about interactions between Pope Francis and the Indigenous community during the pilgrimage thus far:

“Indeed, giving full value to the traditions of the Indigenous Peoples has been one of the recurring elements in his talks during this penitential pilgrimage. While the colonizing mentality sought to discard, erode and eliminate the culture, identity and traditions of the Indigenous Peoples through a process of assimilation into the culture of Europe, Francis is doing exactly the opposite. He is giving recognition to their culture and traditions and inviting the Catholic community in Canada to do likewise, as an important part of the journey of healing and reconciliation.

“Pope Francis began that journey last Sunday with his arrival at the airport, where he kissed the hand of an Indigenous woman, Alma Sejarlls. She told me she was ‘deeply honored’ by that gesture. The following day at the Pow-Wow Park, sitting among the chiefs of these Indigenous Peoples, he humbly asked their forgiveness for all they had suffered from the residential school system, in which the church played a major role. He made what an editorial in The Globe and Mail described as ‘a sincere, specific and strategic apology’.

“He asked forgiveness, saying, “I am sorry,” with an evident sincerity that drew strong applause from the Indigenous chiefs, survivors, knowledge keepers and intergenerational survivors in the audience, many of whom were in tears.

“They applauded again when he endorsed their appeal for ‘truth telling’ about the fate of the more than 4,000 missing children who attended and died at the residential schools. He kissed the hand of Chief Wilton Littlechild, who placed a chief’s headdress on the head of the pope. Several chiefs have expressed satisfaction and happiness at his apology. Many are still digesting it, while others have yet to come on board. As Phil Fontaine, a longtime national chief of the Assembly of First Nations, said: “We will never forget, but we must forgive. And forgiveness doesn’t mean we are lesser people.”

In his homily at Lac Ste Anne Pope Francis told the Indigenous Catholics how important they are to the Church:

“I have come here as a pilgrim also to say to you how precious you are to me and to the church. I want the church to be intertwined with you, as tightly woven as the threads of the colored bands that many of you wear. May the Lord help us to move forward in the healing process, towards an ever more healthy and renewed future. I believe that this is also the wish of your grandmothers and your grandfathers.”

Time will tell whether Pope Francis’s visit to Canada means the beginning of a new era. Let us hope that this encounter is a step in the right direction for promoting reconciliation between the Indigenous People and the Catholic Church. By reaching out to the indigenous people and acknowledging their history, Pope Francis is showing that he is committed to working together with them to build bridges, but there is much work still to be done.

This is a slightly edited version of an article that was originally published here on Where Peter Is. It is republished here with permission.

Mike Lewis is the founding managing editor of Where Peter Is. He and Jeannie Gaffigan co-host Field Hospital, a U.S. Catholic podcast.