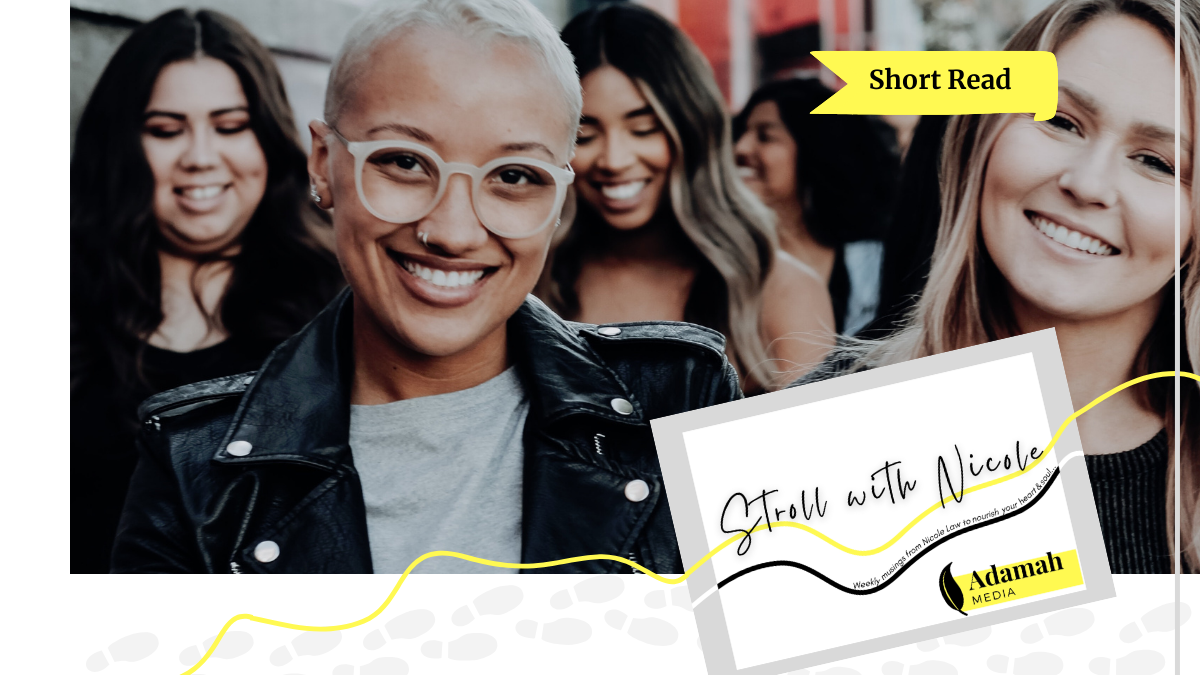 Nicole Law explores the essence of female identity in a world of ever-changing stereotypes (and pronouns).

Not so long ago, when filling in a form women were faced with two options – Mrs or Miss. (The third option – Ms – also sometimes made a rather chic appearance!) Not so today.

As anyone who has dared to enter  into the global discussion around the ideas of femininity and masculinity will know, pronouns have never been so provocative!

We are quick to put a label on many things, including men and women. There are many understated expectations and assumptions about what a man or woman should be.

Recently, a controversial art exhibition made headlines in Singapore, when artist Amanda Heng displayed a collection of photographs of women’s bottoms – or should that be ‘derrières’ (no, too twee) or ‘backsides’ or ‘bums’ or ‘butts’ (verging on the vulgar?): language is complicated!!! – as a challenge to the ‘demure’ construct women are expected to inhabit. I was intrigued by the responses that flooded in.

Some respondents were scandalised and argued that such an exhibition prided itself only on shock value. Others welcomed the exhibition as a social commentary of the state of feminine identity today and applauded the bold artistic direction.

Art itself is subject to the interpretation of the individual, but the debate which the exhibition sparked highlighted the fact that, collectively, we are still unsure as to what defines femininity (and what language to use to discuss it).

The objectification of women’s bodies is not new and has been the subject of debate since time immemorial. What struck me was the diversity of opinions presented on the issue of female identity.

Often, women are defined by the roles  they play, or alternatively by the bodies they inhabit, rather than who they are.

From an early age, gendered expectations take root in the mind of most women. Women are to fit into a mould and to travel down specific paths. Some are forced to choose between motherhood and their career, when in fact both have their own value.

Perhaps in our mothers’ time, being a woman meant balancing the various expectations and being the ‘demure and amicable’ type who never caused much trouble.

Some balance a full time job with charity work, others balance motherhood with running a small business, some leave the corporate sector to run an NGO full time. The fruitfulness of this femininity astounds me and fills me with so much hope. These women are not substitutes for men – they have their own role to play in society.

Here we get controversial because I want to tiptoe into stereotyping … My feeling is that women tend to possess gifts arising from four aspects of what has been called the feminine genius.

This term, popularised by St John Paul II in his Letter to Women, speaks of the characteristics which most distinguish women (not to say that men do not possess them, but that these characteristics are particularly evident in women). He listed them as  receptivity, generosity, maternity and sensitivity.

The women that inspire me reflect these qualities and have shaped my personal understanding of femininity.

Maternity reminds me that a woman’s body can be the source of new life in the gift of motherhood. Her body is not a canvas for public consumption, as the tendency of mainstream media to commodify the body (both male and female) would have it.

Instead, her body is meant to be embraced and loved fully, even – or perhaps especially – by the woman herself. A reminder to love the body you’re in and to celebrate it! I celebrate the women who have taken on motherhood with such grace, their strength and their openness to life inspire me to  mother others in my turn … and shamelessly so.

Sensitivity highlights the often-overlooked gift of women who are sensitive to the needs of the people around them. They can sense when something is not quite right with a friend, they reach out to that friend in generosity and lend a listening ear to their troubles.

Where society views sensitivity as a flaw, where even men are criticised for showing emotions which are deemed ‘unmanly’, I am reminded that sensitivity is more needed than ever today.

It is precisely our insensitivity to the pain and suffering  around us which has made us collectively numb to the needs of others. We struggle to empathise with the plight of those who suffer and ensconce ourselves in a protective bubble of passivity.

In response, I see women who open their hearts and spaces to others, offering refuge and consolation. Look at all the wonderful women pouring their time and talent into helping those in need – their sensitivity and generosity pave the way for a society which leaves no one behind. That, for me, is something for all women to feel proud about.

Finally, the aspect of receptivity is the one which most resonates with me.

As a woman who tries to give, I confess I sometimes struggle to receive – for this entails a certain degree of risk and vulnerability.

To receive not only the tangible, but also the intangible. To learn how to be receptive means to learn to let others help me and to love me.

I find the image of open hands a beautiful illustration of this. When one keeps one’s hands open, he or she (or they!) is giving away and also receiving. One cannot truly give without also allowing oneself to receive!

I am still figuring out what it means to be a woman today and forming my own idea of femininity. It is an ongoing process of defining identity. Female identity is both fixed and fluid. We are defined by our body which constantly reminds us of its presence and particular biology. And yet the way we live out our womanhood has most certainly changed and has evolved greatly in recent decades.

I like to think of myself as clay, constantly being moulded and remoulded by experience and circumstance. The clay is very real, very material, but it can be formed and re-formed in many different ways. It is sometimes a painful process of unlearning social constructs and reshaping my perspective. Yet, I am grateful for the reminder that there is so much joy in being a woman. Those four characteristics of the feminine genius can still be an aid to our self discovery.