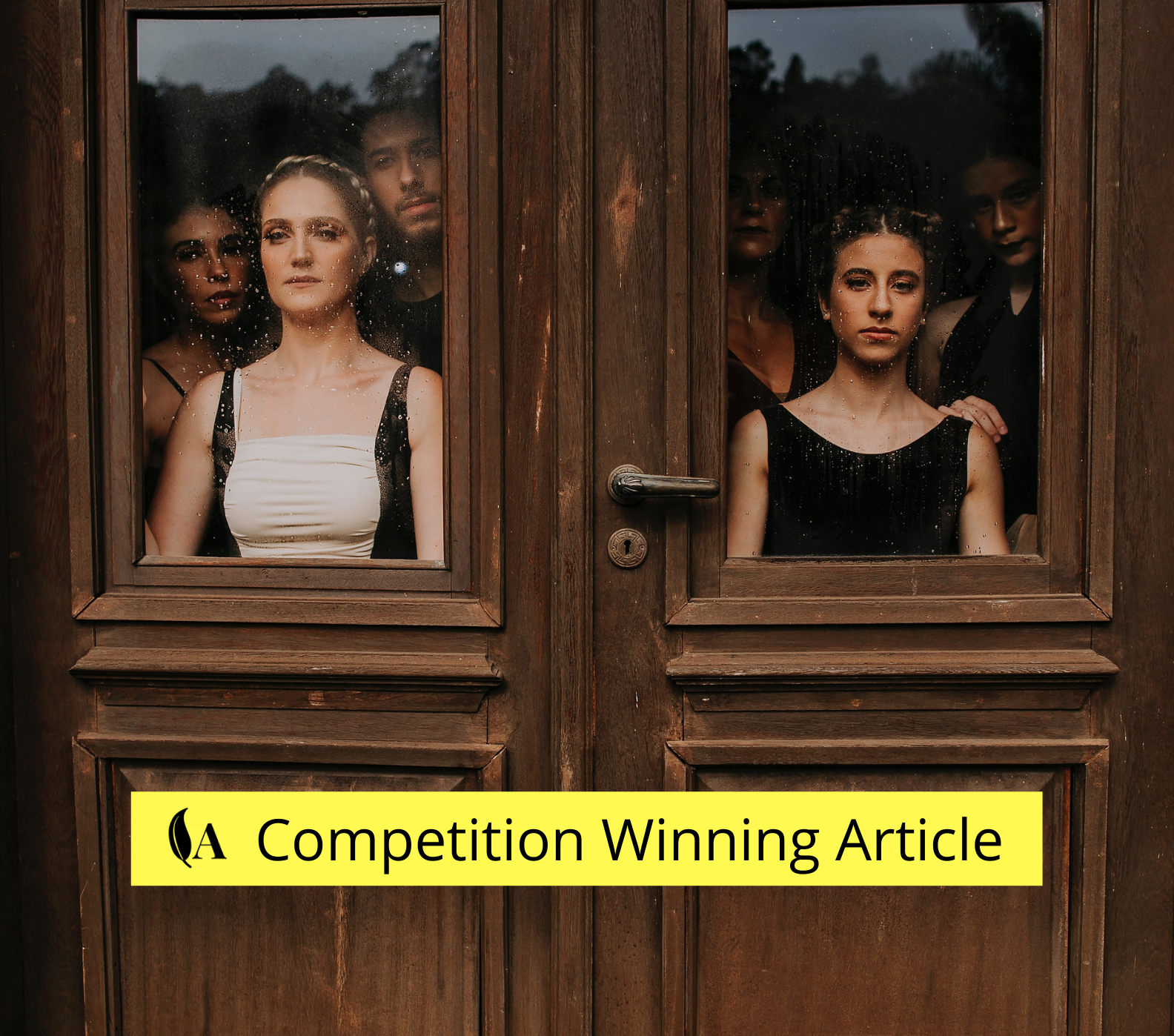 Tascha Von Uexkull argues that the arts and culture should be more valued and funded if we are to feed a world of starving spirits. This is her first prize-winning article in our Adamah Media Young Writers’ Competition.

We can only hope that lockdowns will soon be a distant memory, along with the consequent isolation and fear, but what should we learn from this whole experience?

In my eyes, a post-lockdown world must recognise the paramount contribution of the arts and culture to our wellbeing. For all the support we have received during this challenging period from music, film, television and literature, as well as the trend for taking up arts and crafts, it is ironic that artists, creatives, and cultural institutions have been the worst hit both financially and spiritually.

When London was shifted into a higher lockdown level recently, it was not shops, gyms or hairdressers that closed, but museums and galleries, prompting anger and frustration from a number of cultural venues, not least from smaller institutions that had been the worst hit by this crisis.

Cindy Sughrue, director of the Charles Dickens Museum, an institution entirely reliant on donations and admission costs for funding, expressed her frustration on Twitter: “Why are we and other museums/galleries, that are Covid-safe venues, not allowed to operate when other sectors, including close-contact ones, are?”

It’s still up to debate whether gyms with their new Covid-secure regulations are a significant spreader of the virus, with recent reports to the contrary and clear evidence of the benefits of maintaining fitness in order to stave off the virus. But it was certainly a proverbial slap in the face to allow people to strengthen their abs while they were banned from enjoying art in cultural institutions that have spent significant portions of their ever dwindling coffers making visitor experiences safe through online booking services, one way systems, and hygiene measures.

The widespread frustration over such governmental decisions highlights a fear that cultural institutions are considered to be non-essential.

I can’t help thinking that this dismissive attitude to the arts stems in some part from the relegation of arts-based subjects in schools and needs to be addressed urgently in order to be resolved.

Thus, an ideal post-lockdown reality would reassert the value of the arts in schools, providing them with the money to buy art materials, employ inspiring art teachers, and enlist creative professionals to give careers talks to students. The recently produced Manifesto for Change from the Mayor’s Fund for London proposes this as a fundamental step in the right direction in order to bring creativity back into institutional study and I’d be very keen to see this implemented.

Post-lockdown I would like to see greater importance attributed to the arts sector, not only through more consistent financial support from the government rather than solely reactive emergency funding, which would render another crisis like Covid-19 damaging but not catastrophic, but also through a total shift in attitude from the ground up.

Whilst it is gratifying to read of 588 more arts organisations that have been ‘saved’, I wonder if this kind of language is part of the problem. The word ‘saved’ indicates danger of closure and an inherent lack of stability. Should these organisations need resuscitation, or should they be in a secure enough financial position that they can withstand temporary closure?

Helen Bonser-Wilton, chief executive of the Mary Rose Trust, has described over-reliance on income from visitor admission prices as ‘a massive, existential problem for independent museums.’ It may seem bleak to state it, but a post-lockdown reality needs to operate with the knowledge that the current pandemic may not be an isolated crisis for cultural institutions and that they may need to be in a position to survive future closures.

Of course, it’s not all doom and gloom. This has undoubtedly been an exciting period of digital innovation, prompting wider dissemination of art forms too often considered elitist, such as dance and theatre, through streaming, notably from the Jasmin Vardimon Company, New Adventures and English National Ballet.

However, the issue here is that these performances have largely been enjoyed for free.

It seems to me that if the future of culture is going to be largely digital, we must become accustomed to paying for it, be it in digital or live format.

This became particularly apparent to me when I attended a virtual talk entitled ‘Culture in a Pandemic: The Future of the Arts in Britain.’ One of the speakers was English violinist Tasmin Little who highlighted how engagement figures on streaming platforms often have no relation to the payment the artist receives, citing how her 70,000 Spotify listeners equated to a measly £12 addition to her bank balance.

This is just one example of the impact the pandemic has had on creative freelancers who rely on the so-called gig economy for their income. In a stroke of cruel irony, it is the individuals responsible for creating the cultural content consumed with such voracity by us all over lockdown who have had the most trouble accessing government funding over this period, with 47% of those working in the creative sectors being freelance.

With opportunities for freelancers so lacking due to the halting of live cultural events and the dearth of paid work in a digital context, it has become clear that this financial model doesn’t hold up when put under (albeit unprecedented) pressure.

Thus, in a post-lockdown world, I’d like to see an end to this model. We need to normalise paying creatives for their contributions to our wellbeing over this period of immense upheaval and have a clear strategy in place for situations when there isn’t enough work to go around.

Evidenced in part by the simple but universally appealing trend for designing rainbows and placing them in our windows during the first lockdown, it is clear that even in its most modest of iterations, art has provided an important creative outlet, helping to combat the mental health crisis arising from this period of isolation and uncertainty.

As the new year begins , hope mingling with trepidation as we contemplate life after lockdown, it is vital that we remember the contribution of the arts, and more specifically cultural institutions and artists, as we step tentatively towards the light at the end of this very long tunnel.