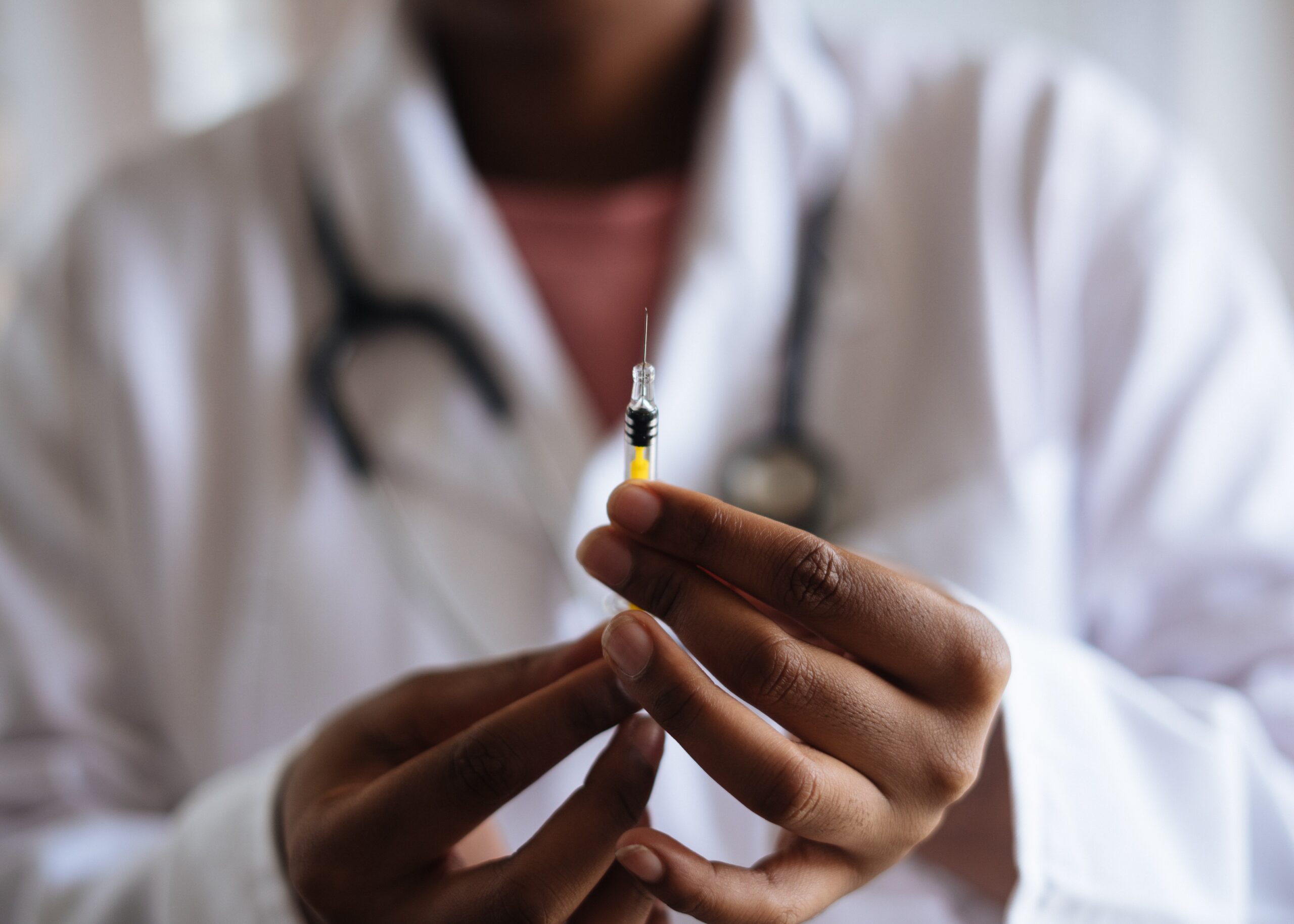 The Puritan movement is rarely associated with progressive ideas. Yet the first public inoculation campaign in America was spear-headed by a Puritan minister.

Cotton Mather had entered Harvard University in 1675, at the age of 12, and had considered becoming a doctor before following a call towards ministry. While serving at his father’s church after his ordination in 1685, he wrote extensively on scientific topics and was eventually made a member of the Royal Society, corresponding with notable figures of his day, such as the inventor Robert Boyle, who also wrote widely on both theology and science.

For Mather, the harmony in particular between medicine and his Christian beliefs was an intrinsic part of his world view, which he demonstrated through works such as Christian Philosopher, arguing that God’s presence could be discerned in nature and the universe at large.

When a smallpox outbreak came to his home city of Boston in 1721, brought into port by the ship HMS Seahorse, the effects were catastrophic: over 800 people had died by the end of the year and half of the city’s 11,000 inhabitants were thought to have been infected.

Mather had long been aware of the terrible impact of the disease and was drawn to examine a claim made by one of his slaves (his legacy was far from flawless – he owned slaves and defended the practice). Onesimus, a sadly lesser-sung hero in this story, had stated in 1706 that he could not catch it due to having undergone a procedure that involved scratching smallpox pus into a scar on his arm, a process which would ‘forever preserve’ him from the contagion.

The outbreak prompted Mather to campaign for members of his own congregation to be inoculated in this way, as well as members of the medical community. Many resisted, including those who felt that the outbreak was the result of divine judgement and that it was therefore wrong for humans to obstruct it. Mather faced considerable personal risk by being so public in his efforts, including a grenade being thrown into his home by an unknown perpetrator later in 1721, although it failed to detonate.

Yet it’s important to remember that not all of the hostility was irrational. Some doctors expressed fears that the inoculation efforts would be fatal and lead to people becoming carriers of the disease.

A sad case of this was that of Jonathan Edwards, the famous New Jersey-based Protestant minister who had decided to be inoculated in the hope of encouraging others to do the same. Although his poor health was likely to have been a significant factor, he died in 1758 after receiving a rudimentary vaccine.

The medicine was in its infancy, and for many, religious or otherwise, to be inoculated was a leap of faith. Back then, efforts at vaccination involved giving people small or weak doses of a disease, making it hard to completely remove the risk factor – a reality of any medical advancement, but even more so in an era when quality control standards were not as rigorous and fake doctors, or ‘quacks’, were far more common.

As medical historian Dr Kristin Hussey put it, “Vaccines were not as safe as they are now – people did become seriously ill and even died. If I was alive at the time I would have been wary of vaccinations too.”

These days, a lack of funding and bureaucracy are the largest barriers to the swift production of medicines, and both have largely been overcome in the area of Covid-19 research. Yet some of the concerns voiced on the internet about the coronavirus vaccine, in particular that speed might mean lack of quality control, are not so far removed from the fears of previous generations that the cure might be worse than the illness itself.

The interplay between Christianity and vaccines continued to be complex in the 18th and 19th centuries. It took Edward Jenner, who, while no fanatic, was a deeply religious man, to improve on the fraught practice of vaccination in 1796 by strengthening the link between contracting a milder form of the pox from cows and developing immunity to smallpox.

Jenner believed that his life and work as a doctor were instruments of God’s will, even if his efforts were met with considerable resistance by those who also thought they were acting on divine instruction. Although Jenner’s method was safer, the anti-vaccination campaigns in 19th century Britain were fuelled in part by people who felt it was un-Christian to use matter from a creature that wasn’t human, even to save human life.

Yet while large swathes of Britain were expressing caution,  the 1800s in Sweden was a time when church leaders were taking the lead in  disseminating information on vaccines and defending the practice to their parishioners. The minister would be one of the first to get vaccinated and set an example by ensuring that his children were too.

Uptake was still slow, with families sometimes fleeing into the nearby forests with their offspring whenever they saw the minister and the physician approaching.

Those who did inoculate their children faced being stigmatised by their communities.

One clergyman based in the parish of Kuddby, the Revd J.P. Wallensteen, got so frustrated with his recalcitrant flock that after being given permission by the authorities, he announced from the pulpit that vaccinations were mandatory and that those who did not comply would be labelled as child killers.

Seeing vaccine-avoiders as failing in their duties to God as well as to their families, he also threatened that, “if any child withheld from vaccination dies in smallpox, it will be buried on the north side of the church, with a table put on the grave with the reason for this; that in such parents’ papers shall be noticed of their crime; in their acts their disgrace will be kept after their death.”

The enterprising preacher was careful to offer a carrot as well as a stick, promising to pay 100 riksdaler, Sweden’s currency for most of the 19th century, to any person who could prove that a vaccinated child had gone on to contract the pox.

Peter Skold, the author of a report on disease prevention in Sweden during this period, The Two Faces of Smallpox, stated that churches were vital to combating the disease: “The clergy were the link between the authorities and the parishes and they were able to persuade the public. The authorities understood this at an early stage, which was why they incorporated them into the organisation of vaccinations.”

Uptake across Sweden increased, and combined with a more rigorous reporting system, which included compiling statistics on levels of compliance, the authorities could make a more convincing case for vaccinations being successful.

Iceland introduced a similar system in 1816, putting clergy in charge of vaccination drives and keeping records of those in their parishes who had been inoculated.

By 1871, only 29 Swedish parishes were unaccounted for in vaccination reports, out of 2,500. Just over a century later, by 1979, smallpox had been wiped out. However, efforts to combat other diseases in the 20th century inevitably led to more complicated forms of resistance.

In the 1960s, a collaboration between American and Swedish scientists led to cells being extracted from an aborted human foetus and used to develop the rubella and rabies vaccines, with the cell lines that were developed from that foetus having been used to create more recent vaccines.

Cells acquired through an abortion in the UK in 1966 also helped to create vaccines against chickenpox, shingles, Hepatitis A and elsewhere, polio.

There were Christians who opposed the vaccines for these reasons, and still do, citing any link with abortions, even ones that happened several decades ago, as a reason to be wary.

In the realm of Covid-19, the Oxford Astrazeneca vaccine has used a line from an aborted foetus, while the Pfizer vaccine has not. Religious leaders, such as Catholic bishops in England and Wales, have called for people in places where the Pfizer vaccine is not available to be aware of the controversy but to follow their conscience.

Pope Francis recently responded to this opinion in an interview with Italy’s Canale 5 News, in which he revealed that he has signed up to receive the vaccine himself as soon as it becomes available to residents of Vatican City. He said: “I believe that, ethically, everyone has to get the vaccine. It is an ethical option because it concerns not only your life but also that of others.”

Yet people’s reasons for being sceptical weren’t always based on concerns about abortion. The vaccines of the 1960s had been developed in an era when gaining the consent of cell donors or their families was not always high on the agenda of research scientists – an issue likely to dent people’s faith in medical institutions, especially among those who, like the people who raged against Cotton Mather, felt their trust should be in the divine rather than the secular. The history of vaccines has shown that people’s trust is hard won, and easily lost.

The era of Covid-19 has provided some hopeful signs that religious and secular institutions can work together to overcome vaccine hesitancy. Pope Francis has emphasised the need for rich and poor alike to have equal access to vaccines, while the Church of England recently promoted the idea of churches being used as vaccination centres (such as Lichfield Cathedral), echoing the efforts by Swedish clergy 200 years ago to drive vaccination campaigns.

The American scientist Francis Collins, the celebrated founder of the Human Genome Project and an openly devout Christian who has been heavily involved in research on the Covid-19 vaccine, said that churches needed to promote the right information.

“The church should be an entity that believes in truth,” he said in December. “No matter how well intentioned someone’s opinions may be, if they’re not based upon the facts, the Church should not endorse them.”

In an age dominated by distrust and misinformation, particularly online, there are so many avenues of resistance to vaccines. Some come from people of faith but many do not, and more of them than we might think echo the concerns of previous centuries. They are frustrating to anyone who wants to see an end to vaccine skepticism – yet where possible, people’s fears should be understood if not condoned. It is an old challenge in a new skin.