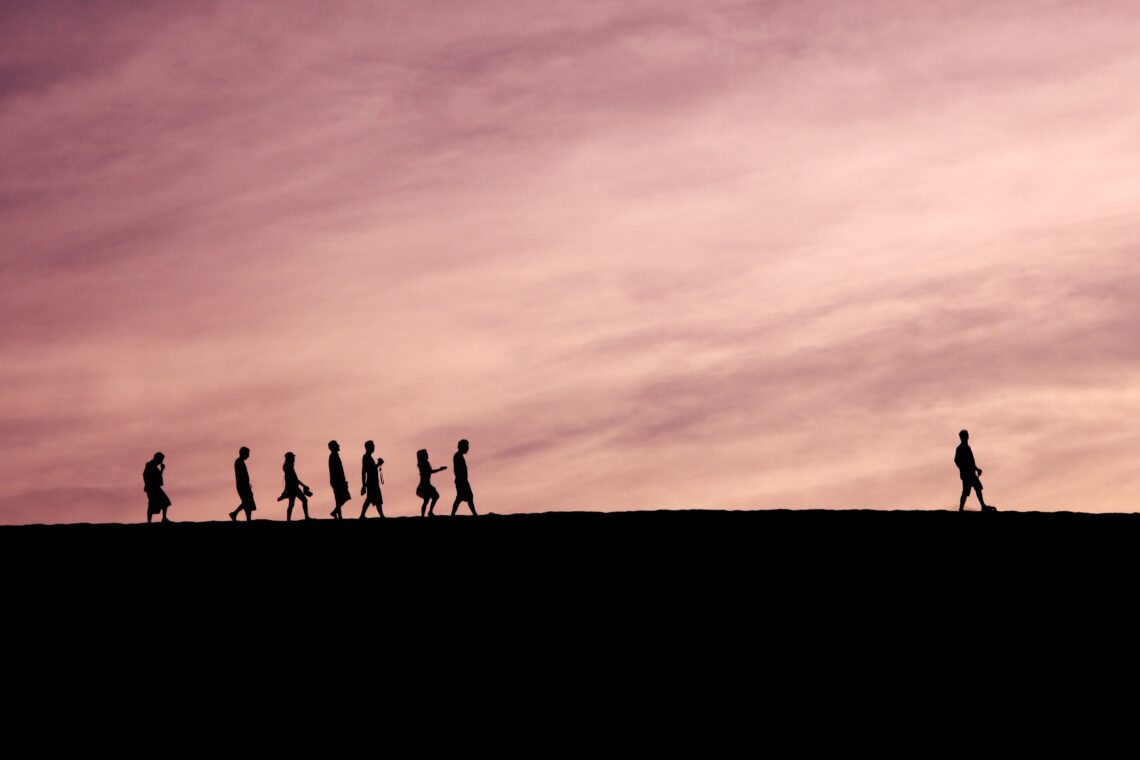 Adamah is one year old today and the articles it has published in its first year of life show it is meeting a pressing need.

Why is everyone so angry? And are we angrier than we were before?

We all like to imagine things are worse than in past times. After all, we have to be the best at something – even if it’s enduring misery.

And has Covid made us even angrier? Or perhaps it has helped by confining us and so constraining our ire.

Whatever the answer to these questions, it seems hard to deny that 2020 has been an angry year. Cast your eyes over the globe in the last 12 months and it could seem like a litany of vexation.

In what considers itself to be the foremost democracy in the world, we have witnessed disgraceful bickering as the US presidential candidates have fought out an unedifying slogging match for power in the White House which is still not finally over.

And the righteous indignation against racism – powerfully explored by Joseph Evans – boiled over into angry violence as extremists tried to hijack the Black Lives Matter campaign. Adamah is the first to oppose racism but the first also to denounce the fostering of hatred through the manipulation of the fight against it. Only love can conquer racism or any form of hatred.

More recently we have witnessed an angry stand-off between two forms of extremism: radical Islam on the one hand, and radical secularism on the other. The tragic killings in France, linked to the Charlie Hebdo cartoons, reveal two forms of intransigence: a fanatical religious one which, unable to make its case through rational argument, chooses to kill instead; and a fanatical libertarian one which demands the right to insult the deepest convictions of others in the name of freedom of speech.

If a religious tenet is true, it shouldn’t need to be imposed through violence. Rational explanation and the witness of virtue should be enough to demonstrate its veracity. Almost 50 years have passed since the late Pope Paul VI wrote: “Modern man listens more willingly to witnesses than to teachers, and if he does listen to teachers, it is because they are witnesses.” How relevant those words seem today.

But likewise, freedom should not be understood as carte blanche for obscenity and riding roughshod over people’s deeply held, and felt, beliefs. There needs to be restraint and respect on both sides, which shouldn’t require legislation but should, instead, arise from an innate ethical sense and legitimate social expectations, fostered through dialogue and public discussion.

To achieve this, the pursuit of learning, an ever greater appreciation of ethical values, and a proper understanding of tolerance are greatly needed.

As various religious leaders have pointed out, our society seems to show an ever growing technological capacity but an ever declining ethical sense.

There is no more dangerous combination: to wield a technical arm of almost unlimited destructive capacity with an ever more confused sense of when and how to use it.

And as there are all too many angry madmen ready to use the gun, we urgently need people with the rational and discursive capacity to calm them down long before they can reach for the weapon. Experience shows that this also requires wider society to recognise and address what is valid in their anger.

But the sad litany continues. The United Kingdom, that seeming beacon of democracy, has also suffered its own share of anger through the divisiveness of the Brexit debate (though “feud” might be a better word). Whatever position one may take on the issue, no Briton could be proud of his or her country for the ugly narrowness of many of the views expressed by both sides.

And will magnanimous openness or bigoted intolerance win in post-Brexit Britain? As one of our writers, an Italian young woman living in Scotland, wrote: “Like all so-called ‘expats’ in the UK, our first priority is to figure out what conditions will be like after Brexit and whether we will still feel as welcome as we have felt so far.”

From our beginning on December 6 last year, Adamah’s pages, so full of positive and encouraging articles, have also had to document – in the name of truth – sad episodes of oppression and political and social abuse, all expressions of greed, certainly, but also of the fear and narrowness driving the oppressors.

There is no such thing as a serene oppressor. An inner anger necessarily drives them on.

And so we have written about human rights abuses in China, the persecution of minorities today, and various forms of corruption and oppression in Africa, such as this and this.

Among the worst stokers of anger in our age are the numerous populist leaders who invent straw men enemies to fire up people to follow their own agenda. We must be angry at someone; there must be a group to blame. Such populists will hijack any cause, including religion, to garner support for themselves.

Of course, the 21st century has not invented anger. And Adamah’s pages too have spoken of past cases of violence and anger which are perhaps even more horrifying than those we see today.

Paul Shrimpton’s outstanding trilogy of articles on the White Rose resistance to the Nazis describes not only the evil of National Socialism but also the inspiring resistance to it – through both rational argument and the sacrifice of their lives (perhaps the greatest witnessing combination of all) – by one group of young people. Here’s the third article which links to the previous two. And we returned to this theme through Ronnie Convery’s harrowing description of his visit to Auschwitz.

Indeed, as three of our writers argued in a joint article, “History offers all too many examples of authoritarian rulers using religion for their own oppressive ends.” Religion, or nationalism, or ethnicity, or just about any excuse.

Against such anger, Adamah stands up for rational and respectful dialogue. We are clear about our own Christian background but equally clear about our desire to enter into friendly discussion – on any topic – with those who might have other worldviews.

It is a source of great pride for us that in our short history we have published articles by Muslims and Sikhs, cited Popes and Rabbis, and generally sought wisdom in people of all creeds and none.

Anybody who writes respectfully, intelligently and with a winning and correct style is welcome on Adamah’s pages.

We have stressed particularly the importance of calm and open discussion in numerous articles: the need to know how to disagree, to listen, and not to take offence. But we have also wanted to celebrate all that is beautiful in life, because knowing how to celebrate is a marvellous antidote to anger. And so we have published delightful articles about family life, art (even in lockdown), music and literature, or given fascinating insights into past ages. Not surprisingly, we have written much about the pandemic, the hardship it has caused, and how to cope with it.

We have likewise celebrated the lives of inspirational men and women who have made such a difference to the world by recognising and promoting the dignity of all. Two articles which stand out are Tulika Bahadur’s tribute to the great social entrepreneur Leila Jana and Ben Roger’s homage to the outstanding Jewish rabbi Lord Jonathan Sacks.

Anger fails to respect the other and sees him or her merely as an obstacle to one’s own ambitions and desires. Another form of disrespect we have highlighted in Adamah this year is the failure to value creation and the feverish craze to consume which leads us to exploit and destroy our planet. Various Adamah writers, not least Richard Bauckham, Margaret Sembiring and Francesca Omon, have called on us to forge a new and more peaceful relationship with creation.

We cannot possibly name every author (some of our best writers have not been mentioned above) and the articles we have linked are just a small sample of so many wonderful pieces published this year. But we like to think that, in its brief history thus far, Adamah has offered its readers the highest quality articles which, in their great variety, all have one thing in common: a profoundly positive vision of the world and a deep belief in rational and respectful dialogue.

Anger, violence and bigotry are not new and we must be careful not to look back to golden ages which probably never existed, yet we cannot fail to be saddened by the growing divisions we are witnessing in our society. The way to overcome them is the positive quest to promote understanding through communication.

For this reason we are convinced that Adamah was born at the right time and has a key role to play. The word itself is a Hebrew term meaning “good earth” – the kind of good earth from which good fruits grow. We invite you to stand by us and support us as we strive to fulfil our mission, aiming at a rich harvest of good thought and deeds to nourish many for years to come.