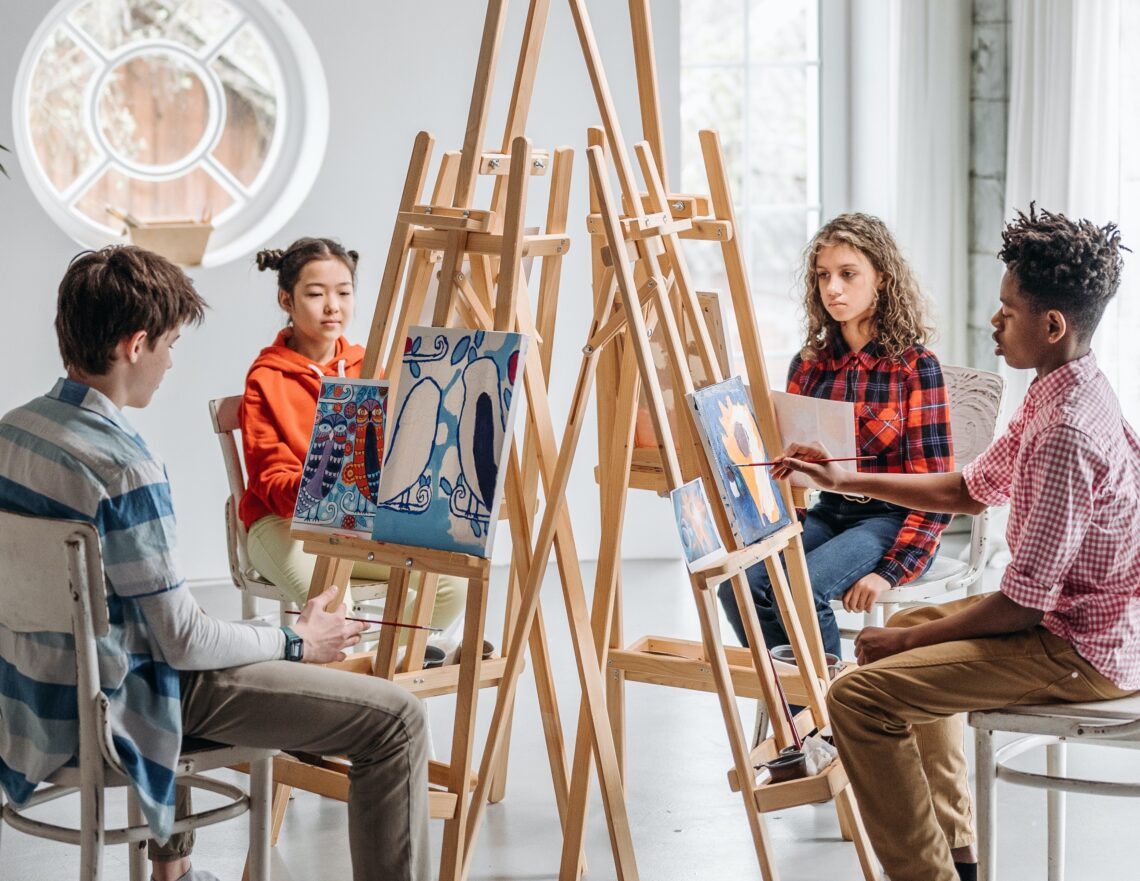 Growing up, I never believed I was intelligent. I struggled with basic mathematics, I never understood scientific theories and equations and I could not grasp the complexities of a computer.

I often got into arguments with my parents since, knowing all these things were supposedly the surest way for me to do a university course like Medicine or Computer Science and then eventually get a good job with good pay, they couldn’t understand why I was underperforming and seemed so unmotivated to excel in these areas.

I had my interests, though: I was a bookworm and would read for hours on end, I found a new language I wanted to learn every day, I liked to draw, write, sing and dance. But these were just ‘hobbies’, not real jobs.

The debate on STEM (Science, Technology, Engineering and Maths) vs the Arts and Humanities has been around for as long as I can remember.

We often hear of the ‘nerd’ or ‘smart kid’ in school. This is invariably someone who excels in STEM subjects because, in today’s society, we value STEM subjects far more than we do the Arts and Humanities. After all, STEM subjects ‘have created more jobs’; ‘have pushed us forward as a society’ and ‘can generate a lot of income’. Or so we’re told.

While such affirmations are hard to refute, this mindset has affected appreciation of the Arts and Humanities, especially in educational institutions. There is a sense that literature, music, philosophy and art and other humanistic activities are no longer important, thus allowing the government to cut funding to creative subjects and add more to STEM subjects.

I don’t believe that the decline in the Arts is because people are no longer creative. At the core of Arts and Humanities is communication.They have been vehicles of communication since the human race began. From the cave drawings of the Stone Age, to pictures using mosaic tiles in Ancient Rome, to Renaissance art, music and literature, right down to the films and photos we share today, their purpose is to communicate.

Humans are social creatures, and it is in our nature to communicate with one another. This is why we have language, art, music, literature, theatre and film; these are all means of communicating. What the Arts and Humanities teach us is how to communicate through these media and how to interpret the messages contained in them.

STEM has irrefutably pushed us forward as a society and, without it, we would not be where we are now. The problem is that it is treated as more important than the Arts, Humanities: it receives more funding, more promotion and overall investment from the government, at least in the United Kingdom.

This has led to the Arts and Humanities being perceived as worthless and pointless. People who try to pursue jobs and education in this sector are told that they are lazy, unintelligent or most commonly told to get a ‘real job’. Job vacancies in this sector are so scarce that it is often overly competitive and difficult to land a job at entry level.

Not only do the Arts and Humanities receive little funding, people are now encouraged not to pursue a career in these fields as the belief is that it is not beneficial for them or even, in some cases, for the progression of society.

Perhaps this reasoning is not so surprising in a society that is driven by the need for profit. Behind every career or investment choice there is always a lingering question as to how we can earn money, how we can make more of it, and how we can maintain a constant stream of income. Government funding for STEM at the expense of the Arts and Humanities simply lies in the fact that the former is seen to draw in more profit and is thus considered better for the economy.

Of course no-one is suggesting that funding for STEM must stop. It is very necessary that we continue to develop science and technology: one only needs to think of the COVID-19 pandemic, where, thanks to funding and research, scientists were able to manufacture a vaccination in less than a year. Rather, my appeal is that we do not downgrade the Arts through an overly narrow appreciation of STEM.

By discouraging people from pursuing the Arts and Humanities, we are ultimately repressing the natural human need and instinct to communicate.

Whilst it may seem slightly far-fetched, I believe that, as a collective, we must learn to move away from the desire to constantly be making profit and reposition our focus to fostering creativity in all of its forms.

Communication will always be an integral part of human nature, so it is imperative that we do not lose sight of its importance in the name of progress and profit.

There is something fulfilling about being able to communicate authentically with other people whether it be by learning a new language, writing a book or a piece of poetry, attending a theatre, playing music or appreciating art.

There are also various ways in which we, as individuals, can support the Arts and Humanities. Visiting art galleries has become increasingly popular over the last year and has helped to broaden our cultural understanding and grow our appreciation for both traditional and modern art.

Supporting other traditional art forms can be equally insightful: watching theatre productions and attending concerts are both enjoyable and each convey messages the creator intended to share. Whilst these are all big events, we can do smaller things such as reading a book (fiction and nonfiction), which not only is a relaxing activity, but also allows us to see the world through a different lens, or listen to music and understand the lyrics and composition. Everything created has a meaning, even if it’s a small one.

STEM subjects and the Arts can work cohesively to be able push us forward as a society. Both teach us very different but equally important skills which can be transferable between professions and everyday life. We all have stories to tell, messages to convey and lessons to learn. The Arts and Humanities give us the space and platform to communicate with one another through whichever means we please.

In an educational setting, Arts subjects are hugely important as they teach us how to communicate with each other creatively. It is imperative that we don’t undervalue this skill. When all else fails, communication and creativity will be the only thing we have, so we must nurture and hone them until the end of our days.

Samantha is currently studying Journalism, Media and Culture at Newcastle University. In the future, she hopes to be a journalist and create impactful and meaningful pieces that can reach everyone.