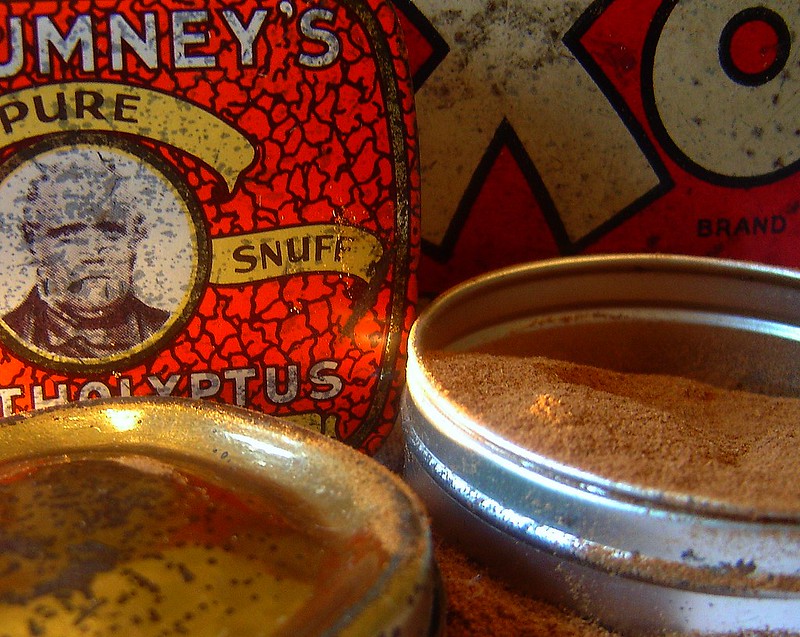 Edward Kendall explores a pleasure of bygone ages which refuses to die.

“Give me wine, women and snuff, until I cry out – hold, enough!” These words were penned by the poet John Keats and form the opening two lines of one of his poems. Much has been written on the topics of women and wine, but rather less on the much-neglected topic of snuff.

So, first things first … what is snuff? It is tobacco ground to a fine powder through a milling process, which is then inhaled gently (not snorted) through the nose. There is a ritual to the process of imbibing snuff which, when done properly, gives the practice a certain elegance and graciousness.

Usually one keeps the substance in a little snuff-box, from which one takes a pinch of snuff between the forefinger and thumb before placing it on the back of the hand and inhaling it gently through the nose. The result is a swift nicotine buzz, sometimes followed by the urge to sneeze!

Snuff was introduced to London’s upper classes around 1700 and grew in popularity as the century progressed. Queen Charlotte, George III’s wife, consumed so much snuff that she became known as ‘snuffy Charlotte’. In the early 20th century, however, its use was eclipsed by the increasing popularity of cigars and especially cigarettes.

The story really comes to life at Morden Hall Park, near to where I live, which is home to two now-disused snuff mills – victims of the decline in snuff-taking in the early 20th century. Its heyday was, unfortunately, blighted by involvement in the practice of slavery.  Slaves in Virginia would pick the tobacco leaves, which would then be shipped off to England where it was carted to the snuff mills for grinding. The mills were powered by water from the River Wandle, just as so many other mills were by rivers all across the country.

Snuff is perceived by contemporary society, however, as being somewhat old-fashioned and perhaps even eccentric.

Nevertheless, snuff-taking did have a brief resurgence in the 1960s and to this day there is a snuff-box at the entrance to the House of Commons, no doubt to keep our legislators stimulated during late night debates.

One of the advantages (according to partakers) of sniffing tobacco, as opposed to smoking it, is that you receive the stimulating pleasure of the nicotine but without taking in the carcinogens and tar which cause lung disease and cancer. Snuff-taking is much less harmful to the lungs than smoking and indeed may even have some benefits, such as being a very effective nasal decongestant. It was certainly considered to be good for one’s health in the 18th and 19th centuries (snuff’s heyday), but nowadays people are more wary of the addictive nature of nicotine.

Another advantage of snuff over other tobacco products is that only a pinch of the powdered tobacco is taken in at a time, and that (in the UK at least) it is not subject to the usual tobacco duties which cigars and cigarettes are subjected to, making it a much cheaper form of tobacco-consumption than smoking.

A rather overlooked element of snuff is its potential to be scented, giving rise to a whole variety of different blends with often rather fanciful names. Visiting an old-fashioned tobacconist shop in London’s Covent Garden (whose windows were lined with beautiful pipes, snuff-boxes, and other paraphernalia which could have come straight out of a Dickens novel), I consulted their ‘snuff menu’ and was presented with names such as Mature Crumbled, Black Rappee, Golden Glow, Celtic Talisman, and Jock’s Choice, each one denoting a unique blend of snuff. Purchasing a tin of Jock’s Choice with which to fill my snuff-box, my nose was presented with a keen floral orange scent blended in with the tobacco.

Coming out of such a Dickensian shop I couldn’t help but feel intrigued to discover whether or not snuff had made its way into the pages of great literature. My research didn’t disappoint as I found frequent mention of the stuff in the pages of Dickens, Scott, Thackeray, Disraeli, and Kipling. Given its long history it is not surprising that this tobacco product has even provided inspiration to poets, including this poem by former poet laureate Robert Southey. Here are a few extracts:

A delicate pinch! oh, how it tingles up

The titillated nose, and fills the eyes

And breast, till in one comfortable sneeze

The full-collected pleasure bursts at last!

Most rare Columbus! thou shalt be for this

The only Christopher in my Calendar.

Why, but for thee the uses of the Nose

Were half unknown, and its capacity

Of joy.  … half the year the Nostrils would keep Lent,

But that the kind tobacconist admits

No winter in his work; when Nature sleeps,

His wheels roll on, and still administer

A plenitude of joy, a tangible smell.

Think what the general joy the snuff-box gives,

Europe, and far above Pizarro’s name

Write Raleigh in thy records of renown!

Him let the school-boy bless if he behold

His master’s box produced; for when he sees

The thumb and finger of Authority

Stuff’d up the nostrils; when hat, head, and wig

Shake all; when on the waistcoat black, brown dust,

From the oft-reiterated pinch profuse

Profusely scattered, lodges in its folds,

And part on the magistral table lights,

Part on the open book, soon blown away, —

Full surely soon shall then the brow severe

Relax; and from vituperative lips

Words that of birch remind not, sounds of praise,

And jokes that must be laugh’d at shall proceed.

The poem mentions that receptacle for the carrying of snuff – the snuff-box – whose appearance in the hands of his schoolmaster causes the schoolboy to bless Raleigh for his introducing tobacco to England, especially as its use by the teacher saves the child from a good hiding! These receptacles were designed to allow snuff-takers to carry the ground tobacco powder around with them securely and many have now become museum exhibits, either because of their age or due to an association with a famous individual.

Visitors to Red House in Bexleyheath, for instance, can see the tortoiseshell snuff box, inlaid with mother of pearl, that belonged to painter and poet William Morris, and which was later given by his widow to architect Philip Webb. It is inscribed: ‘This snuff box belonged to William Morris and was given after his death by Mrs Morris to Philip Webb by whom it was bequeathed to Emery Walker.’

After Webb created the beautiful Standen House and Gardens in Sussex for the wealthy Beale family in 1894, his happy clients gifted him another snuff-box inscribed with the jocular words: ‘When my clients talk irritating nonsense I take a pinch of snuff.’

Because of their age and historic interest, it will probably come as no surprise to learn that some snuff-boxes can be quite pricey when they end up on the market. For instance, last year Admiral Lord Nelson’s snuff-box (which he gifted to his personal secretary George Unwin when he had lost his own) found itself on the market with an asking price of £45,000.

Many snuff-boxes were also artistic pieces in their own right – some in fact being quite risqué. There is a story about a certain freethinking Belgian count attempting to scandalise the future Pope Leo XIII (then Papal nuncio) by passing him his snuff-box with a picture of a nude Venus on it, only to be rebuffed with the comment: “Very pretty; a picture of the countess, I presume?”

It surprises me that snuff hasn’t seen a significant rise in popularity again given what we know about the health risks of smoking and the ban on indoors-smoking exiling smokers to cold beer gardens and alleyways during the winter. Snuff-taking is significantly cheaper than smoking, it is less harmful than smoking yet gives the same nicotine buzz, it doesn’t affect the breath, it can be consumed indoors, and a snuff-box can be passed around amongst friends adding a social dimension to the activity. In our Covid sensitive times, however, the thought of people sneezing in public might get others nervous. But I, for one, don’t intend to end my sniffing days anytime soon.