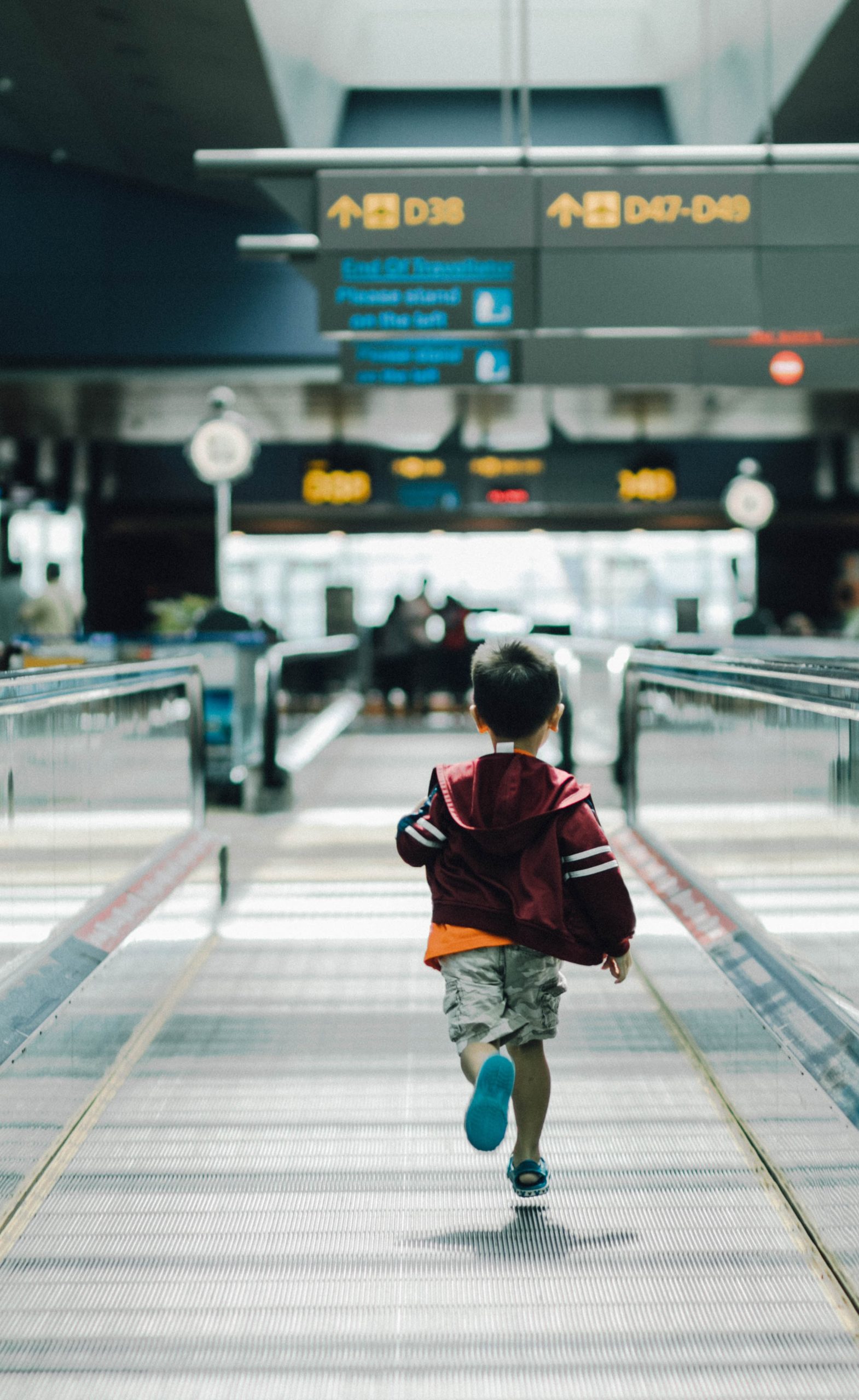 I began writing this entry on January 1 2020 – brand new year, brand new home, brand new me! Well, probably the same old me. Just a lot rounder around the edges after having celebrated the birth of the Christ Child with obligatory feasting and copious amounts of non-obligatory Glühwein (the Germanic equivalent of mulled wine). Not to worry, the blubber will come in handy for the bitter cold which is meant to hit around February time.

So we survived the move, but only just!

As the five of us piled into the sturdy Ford people carrier bound for Heathrow Airport, the driver promised us that the weather in Germany was undoubtedly worse. It wasn’t.

Astoundingly, we were peaceful. You see we had thought about this moment for a long time, we had prayed about it, dreaded it, imagined it, but now that it was finally here, there was the unshakeable feeling that we were being…led.

We were the rambling Magi in our very own Nativity. Fitting, as I had stock-piled a weighty tribute of spices and curry powder to take with me on our journey to the Continent. I had obviously thought little about the availability and quality of spices in Frankfurt. I have since learnt that they are very curry-wise and you can easily find the exact same suppliers as English-imported ones.

My boys were too excited to rest on our drive down the M1 and quizzed the taxi driver for about an hour – on road signs. Hope they gave him a hefty Christmas bonus for his efforts. I lamented the loss of all things familiar: the position of the steering wheel on the right, magazines in a language I could readily understand, the cockney accent, English mannerisms, queuing, fish & chips, nursing burnt tongue from eating aforementioned fish & chips, baked beans…

She would have been in her last trimester, and if you have never had the head of a baby pushing down into your pelvis while you struggle to sit down, or while the baby’s feet curl around somewhere under your rib cage, you have no idea.

She would have been newly married. She would have been leaving behind all that she knew to follow her husband as he fulfilled his social and legal obligations to Caesar. And society. He was a just man, he was her Joseph. And she would never leave his side, she was Mary the Mother of God. And the Little Baby wriggling in her belly was the Son of God. And the reason we had just celebrated Christmas with such pomp and fervour.

I was inspired. As my husband loaded our valises onto the pavement with our kiddies sat atop, I realised that I was truly blessed. To be experiencing such a big move with feelings so similar to what the Holy Family might have felt, brought me a great sense of pride and privilege. Granted Frankfurt is no Bethlehem, but the same frenzied thoughts must have run through their haloed heads too. Travel documents, pickpockets, sustenance, warmth, sleep. Rinse. Repeat.

As I thought back to the wonderful mums I had met over the years through play groups, church, school runs, in the midst of my children’s melt-downs at Morrisons or in charity-shops, bartering toys for good behaviour, my heart skipped a beat. I was going to be lonely. I was leaving behind my community, my sisterhood, my friends. I was leaving behind a part of me.

Totally in sync with my thoughts, my second child graciously decided to break out in hives mere moments before the Lufthansa check-in desk opened for boarding.

A mad dash to buy child-friendly antihistamines at Boots and a maximum-dosed little boy later, the effect was laughable. As my husband presented our boarding passes to the stewards who were doing their best not to stare, we assured them it was a minor allergic reaction probably caused by the sheer number of allergens my son touched as he lay on the airport floor, or the iced pink doughnut I impulse bought for our plane-picnic.

Now irreverently itching with his hands down his pants, I did what any mum in my position with limited options would do. I stripped him down to undergarments, yes in full view of the tongue-clicking other passengers, and smothered him in Sudocrem. It worked a treat to cool the itch down a bit. It also had the added bonus of other passengers not getting too close, who knew what kids carried these days? Measles, the pox, rabies, lunacy …honestly, the way some people act around children… And heaven forbid you voluntarily have more than one!

We were given priority boarding access – see, children have their advantages, and made our way through the PBB (Passenger Boarding Bridge) to take our seats. “Wow!” remarked my five-year-old, “Lufthansa covers you from the rain AND gives you a free gift, mummy. I don’t like Ryanair anymore,” he said clutching a soft toy and puzzle. You ain’t seen nothing yet, kiddo. Heck, on this flight you even get given a free drink and sandwiches. Zwei Pilsner bitte, merci!

Take-off was painful, mainly of the emotional kind, as my oldest came to the sudden realisation that we were well and truly leaving England. And demanded that he be let off to go back ‘home’ to Grandpa and Nana who had graciously housed us for a week in Buckinghamshire. Lots of tears and calming shushes later, the rest of the flight was smooth and uneventful. We said a prayer of thanks and tried to rest, the sound of our two-year-old giggling in his seat, which Sudocrem had magically converted into a slip‘n’slide, music to our altitude-blocked ears.

The spell was broken.

“I know, I’ll wait to have my first wee in Germany!”

My oldest solemnly shouted. No tannoy needed, every passenger heard the announcement loud and crystal clear. Even the child-hating shrews cracked a smile. My husband’s eyes shot open and he started to laugh. It was beautiful, all we needed now was Tiny Tim singing a winter-warming “O Tannenbaum”.

As we started our descent my kids raised a cheer which seemed contagious as other people started whooping too. Then our baby started to cry. The cheering duly stopped. We made it. A very exhausted but efficient check-out and car hire after, we reached our new home. A gleaming three-storey semi-detached with basement conversion and garden in a quiet little new build area. The picturesque Frankfurt skyline greeted us with twinkling lights. It was about 8pm and I was so ready for bed. I thanked God that it wasn’t in a stable in the biting cold. A nice cuppa was all I needed before hitting the sack.

chirped the children with wide eyes. My husband looked up from behind a mountain of boxes where he was trying to locate clean clothes for the night. And towels, please towels. With a can of green lentils and “schweinflesch” (yup, pork) sat beckoningly on the stove top with no can opener, pots or plates to hand, I guessed it was time for a fun family trip to Lidl.

At this point each of us were in various stages of exhaustion, the baby had given up whimpering and was now crying for all she was worth. I felt like doing the same. My oldest sat quietly rocking back and forth on his car seat whispering “I miss my grandparents.” My second had red welts from the hives on his face and was trying desperately to derobe to stop the itching. Remind me what I said again about voluntarily wanting more children?

And everything in Lidl was in 45 syllables too long, incomprehensible, tongue-twisting German. Searching frantically for pasta and cheese, I came across a mystifying 12-pack of rainbow coloured eggs. But that’s an adventure for another time.

Glose is a spirited young woman trying to navigate the tempestuous seas of motherhood and wifehood with a little humour and a lot of faith. Born in Dubai to parents of Goan origin, she and her French husband are leaving ye olde England and relocating to Germany with their three children. She has studied Neuroscience at King's College London and Medicine at the University of Leicester, working briefly in bid writing and marketing. Her focus is now firmly on the thrills and spills of forming a Christian family in the modern world.