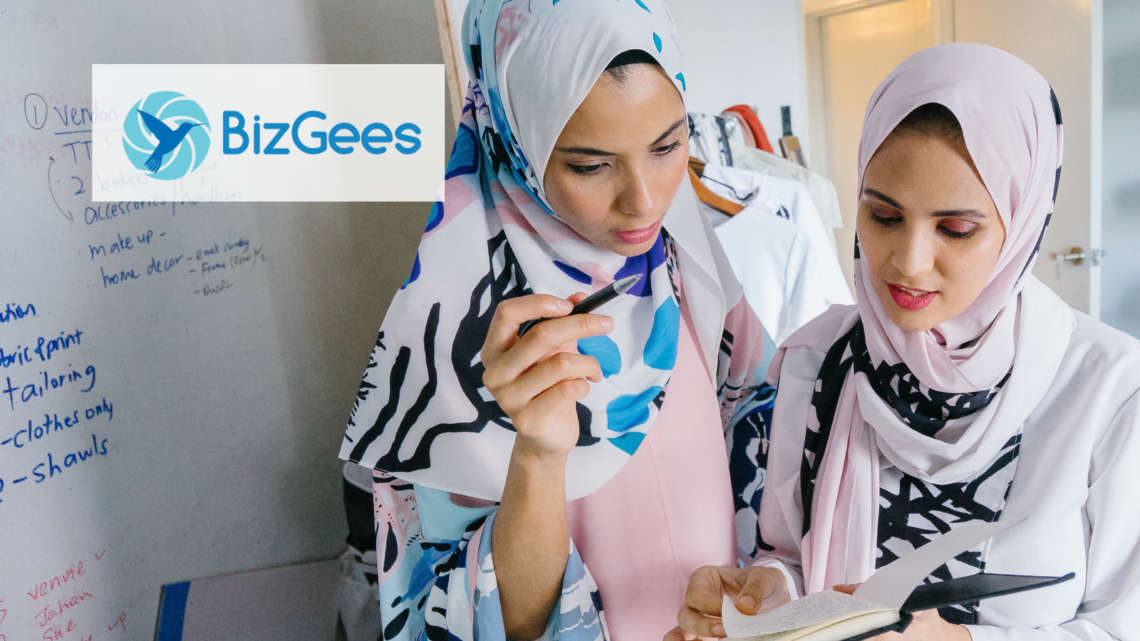 Anna Zhukova examines the obstacles faced by women fleeing persecution and hardship as they try to start a new life in a host country.

Refugee women have long been portrayed as helpless victims of war, dependent on their spouses for support, having no interest in work and lacking relevant skills to contribute to the economy of their host countries.

But according to research by the Network IQ project, there is much more to these numbers than refugee women’s ‘helplessness’ and ‘laziness’. In fact, such women face significant barriers that are hindering their career development.

Why is this such an issue? Because according to a recent study by Georgetown Institute for Women, Peace and Security, refugee women have the potential to contribute up to $1.4 trillion to the annual global GDP of the top 30 refugee-hosting countries, provided all earnings gender gaps are addressed beforehand. There are of course also benefits to the refugee women themselves: employment can give them more independence, improve their integration, and create a sense of confidence and empowerment.

It’s time to look past the negative stereotypes surrounding refugee women, and instead consider their bravery in fleeing war zones and risking their lives to save their children, and their resilience in adjusting to new cultural environments.

How many of us have managed to overcome such hardship, and how well would we deal with such challenges if put in their shoes? Employers often emphasise the importance of skills such as cultural awareness, resilience and adaptability. Why then are these skills not recognised in refugee women?

To unlock the potential of refugee women, it is essential to address the barriers they face in their host countries. According to a study by the German Federal Office for Migration and Refugees, the majority of refugee women want to be in gainful employment.

Childcare commitments are one of the major barriers to refugee women’s career development. Many of the refugee women who arrive in their host countries have children but lack the family networks or connections they can rely on for childcare.

Household tasks and childcare responsibilities in refugee families are often distributed unevenly, with women undertaking more of the unpaid household work. While this is also an issue faced by women in general, refugee women are particularly vulnerable as the uneven distribution of labour limits their opportunities to undertake language classes and build support networks, both of which are crucial to finding employment.

Additionally, due to the language barrier, exacerbated by childcare responsibilities, refugee women often have poor access to information about employment, and are less aware of their rights and the opportunities available to them.

Refugee women’s mental health is one of the most under-reported issues facing this group of people. A substantial proportion of refugee women have experienced some degree of physical, sexual or emotional abuse, such as violence in their home contries, abuse during transit, sexual assaults by border control officials, or domestic violence that at times continues in their host countries after arrival.

These experiences can have a severe psychological impact, affecting refugee women’s ability to work. Research has found that refugee women are particularly prone to developing Post Traumatic Stress Disorder (PTSD), depression, and anxiety-related problems such as memory difficulties. While male refugees also often struggle with mental health which may affect their career development, refugee women are more vulnerable due to the additional impact of sexual abuse and domestic violence – experiences less common amongst male refugees.

In addition to the physical and emotional barriers, refugee women struggle against false social perceptions and negative stereotypes associated with the label of being a ‘refugee woman’. They are often rendered invisible in society or are stereotyped as victims with little agency, incapable of making their own decisions and reliant on their husbands and/or the state for financial support. Employers have a tendency to view refugee women as an unqualified, unskilled and inexperienced section of the population that has no potential or desire to work. Due to these perceptions, refugee women as a social group are rarely targeted by employers and have difficulty building networks, which limits their opportunities.

Contrary to common perceptions and prejudices, many refugee women are highly skilled, hold university degrees or other professional qualifications, and have a history of professional employment.

In the UK for example, 28% of refugee women have professional work experience, and 18% hold higher education degrees. Most qualified refugee women, however, struggle to have their experience and qualifications recognised. In Germany, only 25% of women’s education qualifications are recognised, compared to 37% of men’s. Consequently, highly skilled refugee women often end up being demoted to positions below their qualification level: women who previously worked as school counsellors or teachers find employment as cleaners or kitchen hands, while those previously working as scientists or industrial chemists are demoted to clerical roles. Often, skilled female refugees end up leaving their positions because of unequal pay, exploitation and a lack of recognition of their skills.

The barriers to refugee women’s career development are further reinforced by institutional frameworks and a lack of legal protections. Host countries rarely mandate equal pay for equal value of work, and some even restrict women’s participation in certain industries.

Turkey, for example, has the widest gender refugee pay gap, with a woman refugee earning just six cents for every dollar earned by a Turkish man.

Even when eligible for formal employment, refugees’ access to work in practice is often constrained by high fees, complex administrative processes or at times outright obstructions. Many countries which in principle allow refugees to work place restrictions by limiting the sectors in which they can operate, the geographical areas where they can seek work, or the number of refugees that can be employed by a certain firm.

Yet despite the obstacles, the injustices and the cultural barriers, success stories are not rare among women who have fled their homelands and found new lives in host nations. If provided with the right opportunities, refugee women have the potential to achieve professional success and contribute to society. There are currently many women from refugee backgrounds like Anxhela, an Albanian refugee, working on the Covid-19 frontlines.

Anxhela came to the UK as a child and currently works as a junior doctor at a respiratory healthcare unit at the NHS. She says: “When I tell people I came to this country as a refugee, I now say it quite proudly.”

There are also many refugee women who have become successful entrepreneurs. Nada Hasan Kiblawi is an Iranian refugee who graduated from an American university with a degree in electrical engineering and now has her own consulting company and a charity foundation helping Palestinian teenagers living in refugee camps continue their education. Latifah Fathy Dorgham is a social entrepreneur from Palestine now living in Egypt. She worked as a civil servant for UNICEF and various human rights organisations, and has now launched her own initiative aimed at increasing awareness about social issues such as violence against women.

Most refugee women who have managed to achieve impressive professional success arrived in their host countries as children or young adults, and had the necessary family support, language skills and networks to help them succeed. Older refugee women do not have such luxury and face substantial career barriers, often having to sacrifice their own goals and dreams to give their children a better life and career opportunities which they cannot enjoy themselves.